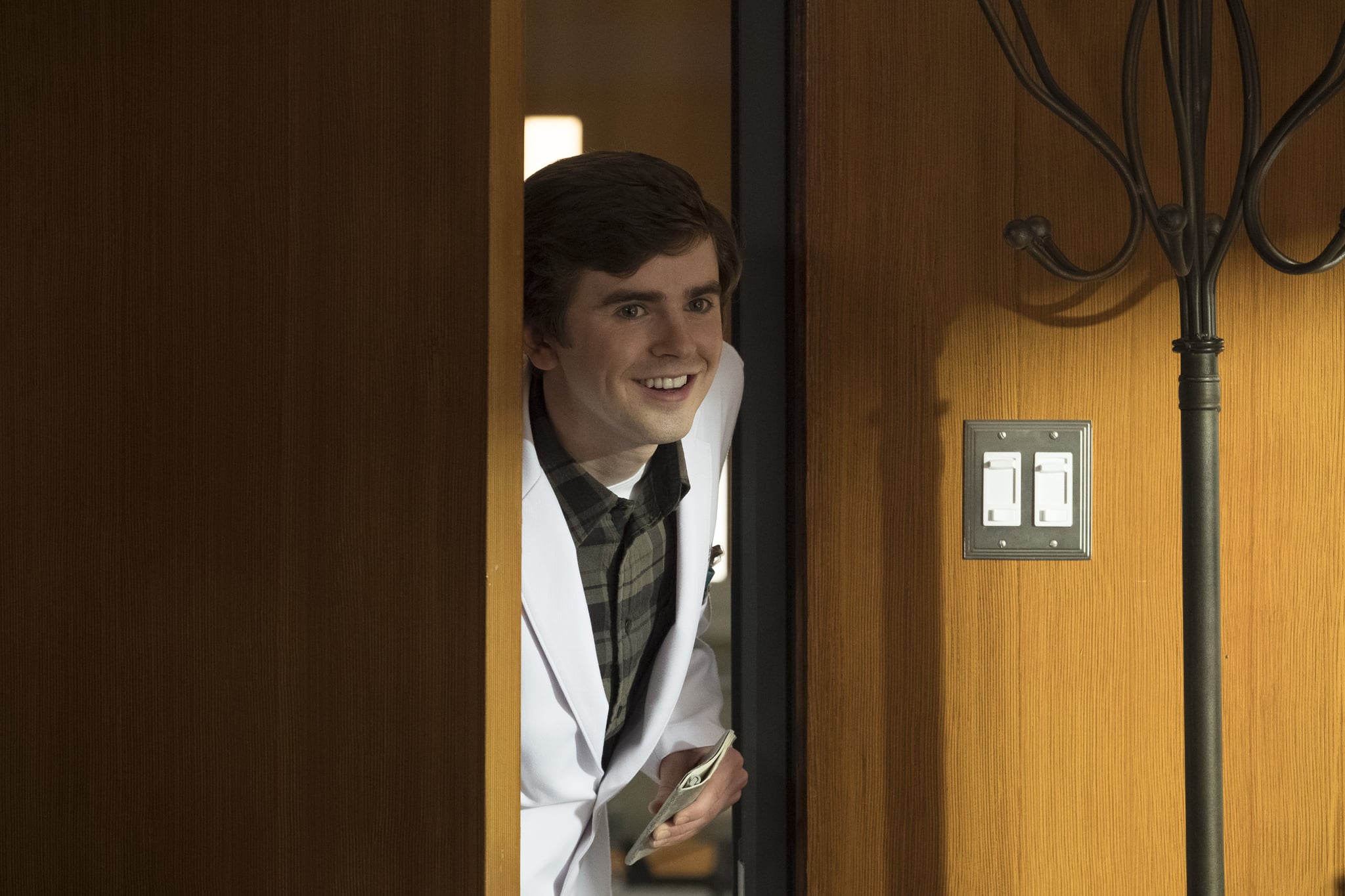 Monday nights just haven't been the same since The Good Doctor wrapped up season one. While the finale left us with a few lingering questions (and even more tears), the good news is that the medical drama will be back for another season. Even though ABC hasn't announced an official premiere date for season two, we do have a few details about what's to come, including who is and isn't returning. Find out what you can expect from the upcoming season below.

1. Shaun's Journey Will Have a Few Twists and Turns

During the show's PaleyFest panel, executive producer Daniel Dae Kim revealed that Shaun will face a few trials in the coming season. "Freddie [Highmore]'s journey — Shaun's journey — is going to have a couple of twists and turns that I find incredibly compelling," he said. Executive producer David Shore added that Shaun will face even more challenging situations that will ultimately help him grow. "I think the show superficially is about Dr. Murphy learning how to navigate the world," he said. "But I think on a deeper level, the show is much more of what Dr. Murphy has to teach us."

2. One Doctor Will Not Be Returning

It seems like Dr. Jared Kalu is going to take that job offer in colourado. Following the season one finale, Deadline revealed that actor Chuku Modu would not be back for season two. While we're certainly sad to see him go, The Good Doctor is adding a few familiar faces in his place. Will Yun Lee (Alex Park), Fiona Gubelmann (Morgan Reznick), Christina Chang (Dr. Audrey Lim), and Paige Spara (Lea) have all been promoted as a series regulars for next season.

3. Dr. Glassman's Diagnosis Will Continue to Be Explored

After it was revealed that Dr. Glassman has brain cancer during the season one finale, Shore told Entertainment Weekly that his medical battle would continue to be explored next season. "We're going to follow through on this," he said. "He's not out of the woods yet. He's got a lot of treatment, as he says, and we're going to go down that road."

Shaun's surgical error during the season one finale could have major consequences for Glassman. After Glassman promised to step down if Shaun is anything less than excellent during the pilot, fans were worried about his position when the finale ends with him and Shaun going into Dr. Marcus Andrews's office. While Shore assured fans that Glassman would be back, he did tease that things will be quite different when he returns. "His role may be different, his relationships may be different, the hierarchy may be different, everything may be different, and we'll see how that unfolds," he said.

Image Source: ABC
The Good DoctorTV
Around The Web