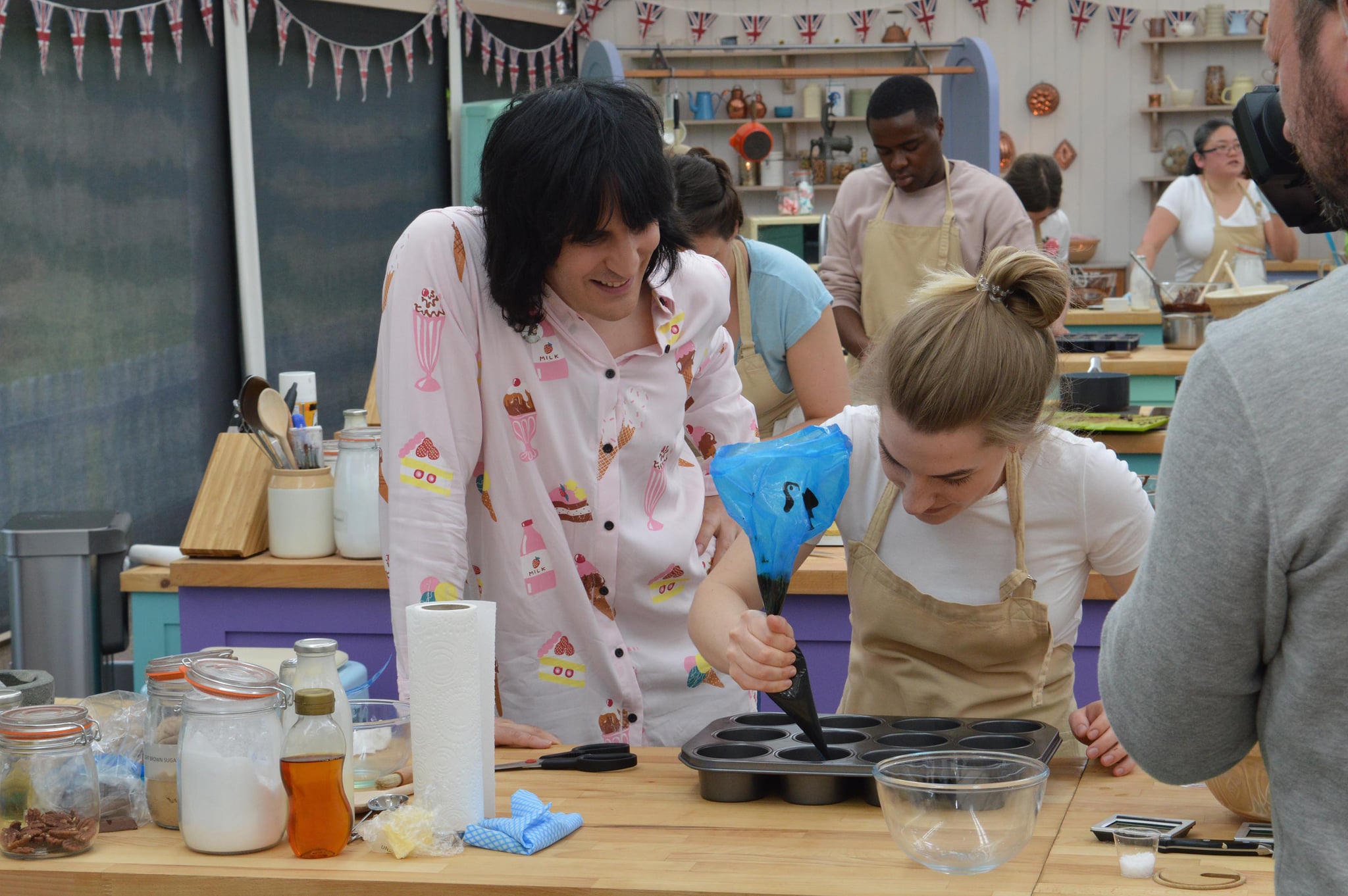 If you've been missing all the cakes, bakes, naughty puns, and tension from the tents, we have good news. The Great British Bake Off is returning to Channel 4 at 8 p.m. on Aug. 27. Judges Paul Hollywood and Prue Leith will return to cast their critical eyes over all the incredible creations, and presenters Sandi Toksvig and Noel Fielding will also return to bring a touch of humour and irreverence during the more heated moments.

It's time to cheer for our new bakers are here! And as it's our tenth year, a baker's dozen shall appear!

In terms of contestants, 2019's line-up has just been announced, and instead of the usual 12 contestants, this year we get a full baker's dozen. Overall, it's the youngest line-up ever, and features (among others) a geography teacher, a fashion designer, an HGV driver, and a veterinary surgeon.

This will be the Bake Off's tenth season and its third since its controversial move from the BBC to Channel 4, which prompted the departure of original judge Mary Berry, as well as presenters Sue Perkins and Mel Giedroyc. Since its move, the show seems to have has lost none of its appeal, and fans still make a date every Tuesday night to settle down and see which signature bakes and showstoppers will secure the coveted "star baker" award, as well as to see what unexpected drama will ensue, usually as a result of contestant error, or the sweltering temperatures in the tents (we will never forget you, "Bingate").

In preparation for the return of the show, you can catch up on all the action from the first seven seasons on Netflix. The later seasons are available on 4OD (not that they are listed as "series one" and "series two" but they're technically the eight and ninth seasons).

Netflix
P.S. I Still Love You: I Can't Get the Dramatic "Moral of the Story" Song Out of My Head
by Karenna Meredith 5 days ago