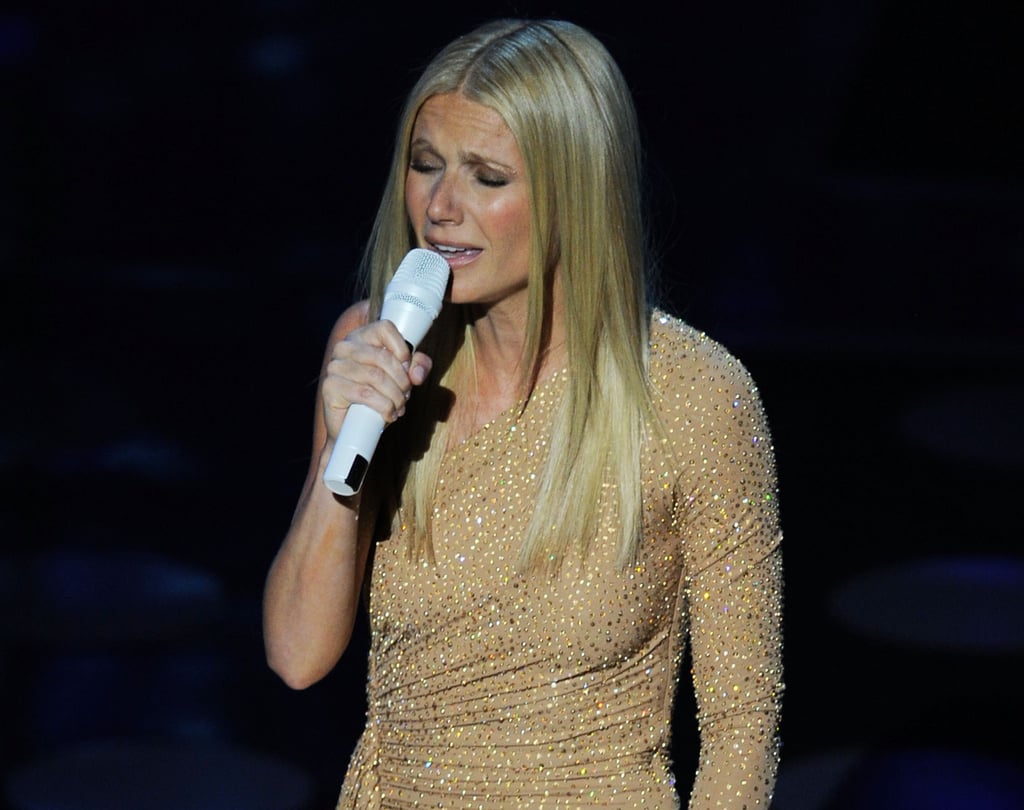 Bradley Cooper may have joked about having a death wish before he hit the stage with Lady Gaga for a truly swoon-worthy rendition of their Oscar-winning duet "Shallow", but Gwyneth Paltrow takes the cake when it comes to having nerves before a big Oscars performance.

During a recent interview with Variety, the actress looked back at the 2011 award season where she took the stage three times to perform music from her film, Country Strong. According to Paltrow, performing "Coming Home" on the Academy stage was "the most terrifying moment of my life." Yikes.

For those who don't recall, Country Strong follows Paltrow as Kelly Canter, an emotionally unstable country music star who is taken out of rehab by her husband (played by Tim McGraw) in an attempt to resurrect her career. Paltrow sings several songs on the film's soundtrack and performed at the 2011 Country Music Awards, Grammys, and Oscars. Out of her three performances, the last was the only one that truly wrecked her with nerves.

"The Grammys was so silly and I was with CeeLo and there were Muppets for some reason," she explained. "It didn't strike me until after it was done like what I was actually doing. But the Oscars was way worse. I have never felt like that in my entire life. I was like, 'I'm not going to be able to walk,'" she added. "I was hyperventilating and I thought I can't walk to my mark. That's how much my body was giving up." (Which would have been a great time to put those luxurious Gold Rolling Papers from 2018's Goop gift guide to use, am I right?)

Despite the internet usually delivering us what we need, there's no video of Paltrow's Oscar performance available online. "Coming Home" wound up losing the best original song award to "We Belong Together" from Toy Story 3 — which is a respectable loss, honestly — but there is a clip from the 2010 film that proves that Paltrow had nothing to be worried about vocally, just like Cooper. Check out her performance from Country Strong ahead, as well as some photos from her night at the 2011 Oscars.

Related:
Oh, What a Night: See Over 100 of the Best Photos From This Year's Oscars!
Previous Next Start Slideshow
Award SeasonCountry MusicOscarsMusicGwyneth Paltrow

Best of 2021
"Drivers Licence" Is Spotify's Most-Streamed Song of 2021, and, Uh, Everybody Doing OK?
by Kelsey Garcia 9 hours ago