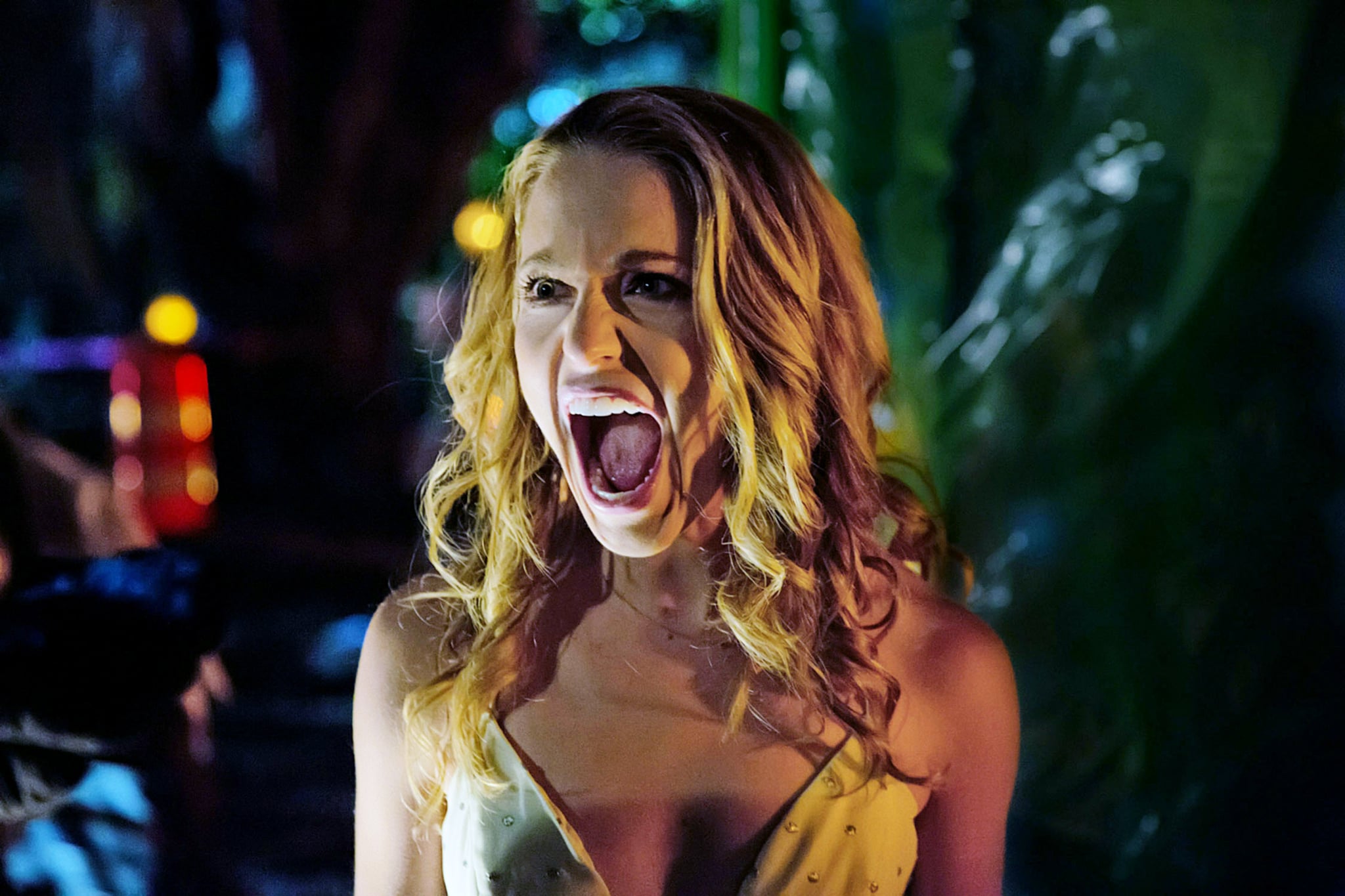 Let's get something out of the way right now: yes, Happy Death Day is like a mix between Groundhog Day and Scream. You know what, though? It works. Somehow it really, really works.

While walking into the theatre to watch the new slasher, which comes from Blumhouse Productions and the minds behind the Paranormal Activity franchise, I definitely wasn't expecting to be blown away. To be fair, I wasn't. But Happy Death Day, despite its mind-numbingly bad title (couldn't they just have left it at Death Day?), is a solidly entertaining entry into the horror-thriller genre. If you're looking for something scary to watch this October (especially with Friday the 13th weekend and Halloween happening), this movie is worth the $15 ticket. Here's why:

The Premise Is Not as Annoying as It Sounds

Like I mentioned above, Happy Death Day ripped off the "person relives the same day over and over" premise from the 1993 Bill Murray comedy, but it manages to keep things fresh until the very end of the movie. Mean girl Theresa "Tree" Gelbman (Jessica Rothe) wakes up severely hungover on the morning of her birthday in the dorm room of hipster classmate Carter (Israel Broussard) and navigates her way through basically the same major events: stumbling across the quad to her sorority house, running into an ex-flame, having a chat with the hilariously nasty sorority president (Rachel Matthews), getting a cupcake from her roommate (Ruby Modine), going to class, and, finally, heading to a frat party.

The days vary in certain ways (sometimes she talks to the professor she's hooking up with, other times she spends more time with Carter), but the day always ends the same: Tree ends up murdered in some gruesome way by a hooded figure wearing a mask featuring the college mascot (a cherubic baby-faced monster with one tooth). What keeps the story from getting repetitive is how the movie wisely turns the plot into a mystery, more so than a horror film.

In fact, there's very, very little gore. Instead, the focus is Tree uncovering the identity of her killer. This results in a hilarious sequence of her strutting naked through the quad, dying her blond hair neon pink, donning military face paint and tactical gear to spy on a potential suspect, and getting taken out in increasingly brutal, splatter-free ways (including taking a jagged piece of a bong to the neck).

Before starring as Tree, Rothe popped up as one of Emma Stone's roommates in La La Land and played pot-dealing Paige in the MTV comedy series Mary + Jane. Although she begins the movie as a one-note sorority girl stereotype, she's a completely new character by the time the last butcher knife stabs her way. As in every movie that centres on a character reliving one day over again, there's the requisite "This experience has taught me so much, I'm going to change my ways" monologue, but it doesn't sound as hokey coming from Rothe. She's genuinely hilarious, and during the sequence when Tree gets to act out once she realises none of her wild actions truly matter, Rothe really shines.

Related:
Giant Spoilers For Every Horror Movie You've Ever Been Too Scared to Watch

There Are Multiple Twists

Remember what I said about the plot not dragging? The introduction of a few twists definitely keeps the audience on the edge of their seat, although one could argue that the biggest twist is a bridge too far. Regardless of how you feel, the unexpected avenues Tree careens down as the movie picks up will have you fully engrossed in the mystery.

The Ending Leaves a Few Things Up For Interpretation

Without giving too much away, there's a major part of the plot that isn't explained or wrapped up in a nice little bow by the time the credits roll. For some, this might be annoying (*raises hand*), but for others (*my boyfriend raises hand*), going into detail about how the mythology of what's happening to Tree might have bogged down the movie (which moves at a pretty breakneck pace). Clearly the move was intentional, since director Christopher B. Landon told Insider that he already has plans to continue Tree's story with a sequel.

"The whole idea for my sequel is actually already in this movie. It's hiding in plain sight," he said. "The answer to why she's literally stuck in a time loop — it's something I have the answer to. It's in my back pocket, because, knock on wood, you never know how things are going to go, and we're not counting our chickens, but if I am lucky enough to have the opportunity to make a sequel, the answer to that question is the premise of my sequel."

Could Happy Deathiversary be next? Perhaps Happy Death-intine's Day or Happy Fourth of Death-ly? Whichever poor day on the calendar is chosen, I can confidently say I'm looking forward to it.