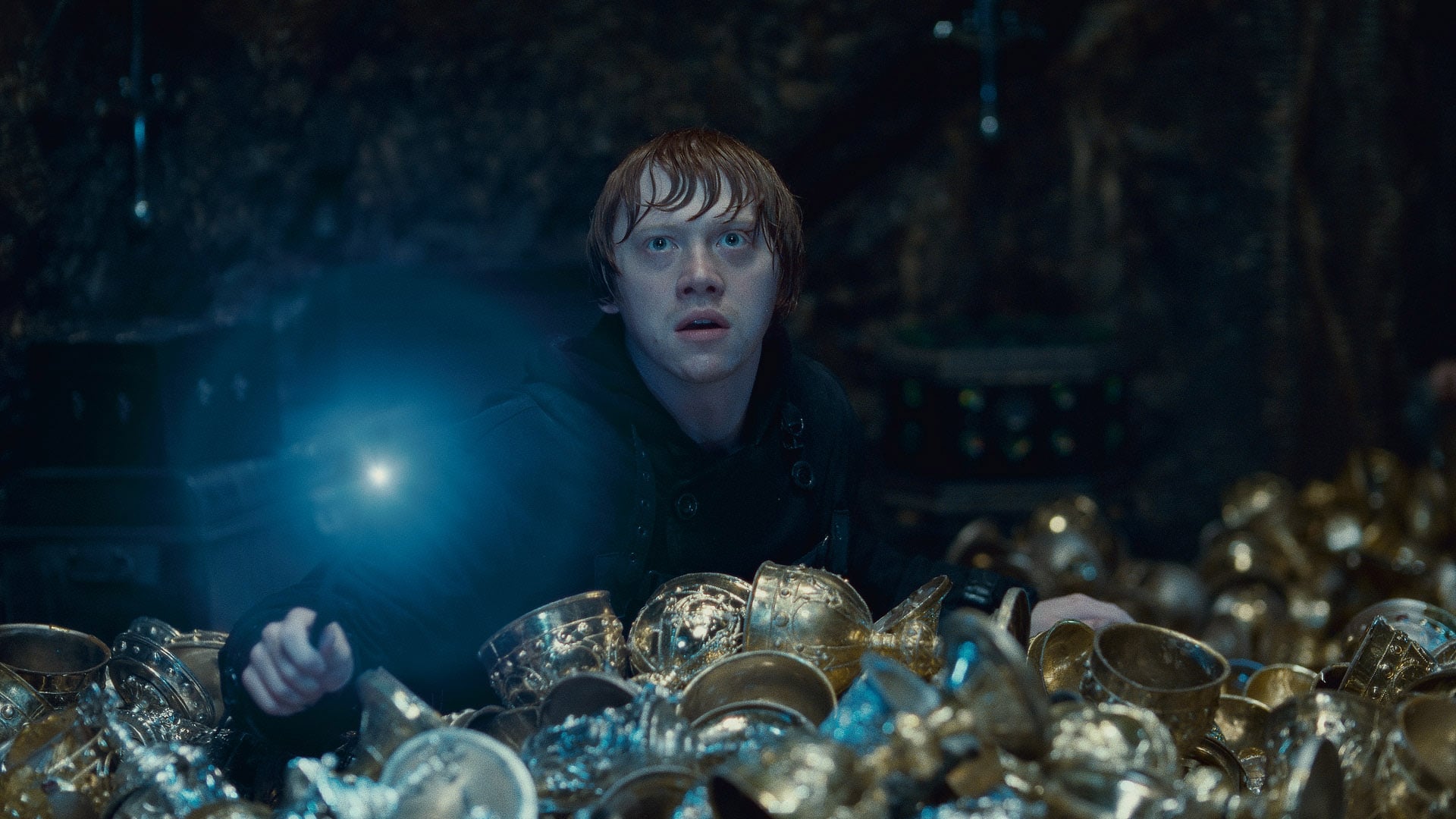 Ron Weasley and Harry Potter are so close, we'd consider them brothers. They battle Voldemort, exchange adorable Christmas presents, and spend Summers together at the Weasley house. It's hard to find any closer best friends in the Wizarding world (besides Argus Filch and his cat, Mrs. Norris). So when we read a fan theory suggesting Ron Weasley might have been a Death Eater all along, we were immediately in denial. That being said, there are some compelling facts to back it up.

The Reddit theory, suggested by user RedRightHand, claims Ron is a secret Death Eater spy playing both sides. He is looking to position himself in power on both sides of the Second Wizarding War. While RedRightHand points out that this conniving strategizing would have been a lot for a first-year Hogwarts student to take on, Ron's cunning and intellect are obvious in his wizard chess abilities.

Related:
This Theory About Snape's Boggart Has Us in Tears

The theory goes on to analyse Ron's relationship with Harry and how Ron is constantly punishing Harry by withdrawing his affection. In addition, the first thing Ron asks Harry when they first meet is to see his scar — supporting the theory that Ron is obsessed with Voldemort. It is also revealed in the Battle of Hogwarts that Ron possesses the ability to speak Parseltongue (claiming this is because Harry talks in his sleep), which backs a potential relationship with the Dark Lord.

The main player in this theory is Ron's pet rat, Scabbers. Before Scabbers is revealed to be Voldemort's right-hand man Peter Pettigrew in disguise, he is simply Ron's pet. Scabbers is able to influence Ron's allegiance from a young age in the hopes that it would pan out for Voldemort's efforts later.

The theory is even more devastating when you rethink all of Ron's heroic actions throughout the Second Wizarding War. When Ron attempts to sacrifice himself in place of Hermione when she is captured by Bellatrix Lestrange, he would have known he would not be hurt. It's possible that Ron is playing both sides and waiting to see which side would be victorious before making a permanent decision. Once Harry starts killing Voldemort's Horcruxes, Ron recognises it is time to switch to Harry's side.

Opponents of the theory point out that if this theory is true, Ron could have turned Harry over to Voldemort much sooner. We have to admit, though, that we agree that Ron's explanation for his sudden fluency in Parseltongue is questionable.