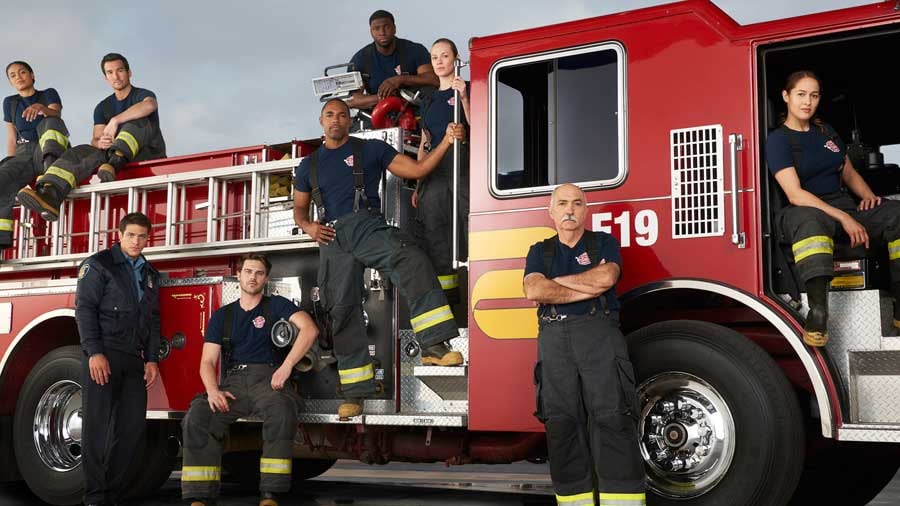 A new show is joining the Shondaland ranks Thursday when Station 19 airs its two-hour premiere on ABC following a new episode of its parent show, Grey's Anatomy. Shonda Rhimes fans are already super excited about the spinoff . . .

That preview from @Station19 on the FB live just makes me more eager to watch the premiere!! So excited, can’t wait! Guys I LOVE your energy as a cast! ❤️🔥🚒🚨@JainaLeeOrtiz @sipijungleboy @D_SAVRE @jayhayden00 @JasonWGeorge @barrett_doss #Station19

. . . so the next natural question is, will Station 19 be getting a season two? Well, we don't know yet — there won't even be overnight ratings until Friday morning. But signs point to yes, and here's why.

First off, most of the shows Shonda Rhimes puts on the air, either as creator or an executive producer, have been successful. Grey's, Scandal, How to Get Away With Murder and Private Practice have all run at least four seasons. Her only stinkers were Off the Map and The Catch, but 67 percent success rate is pretty solid in this day and age. The Rhimes name alone gives Station 19 a big boost. 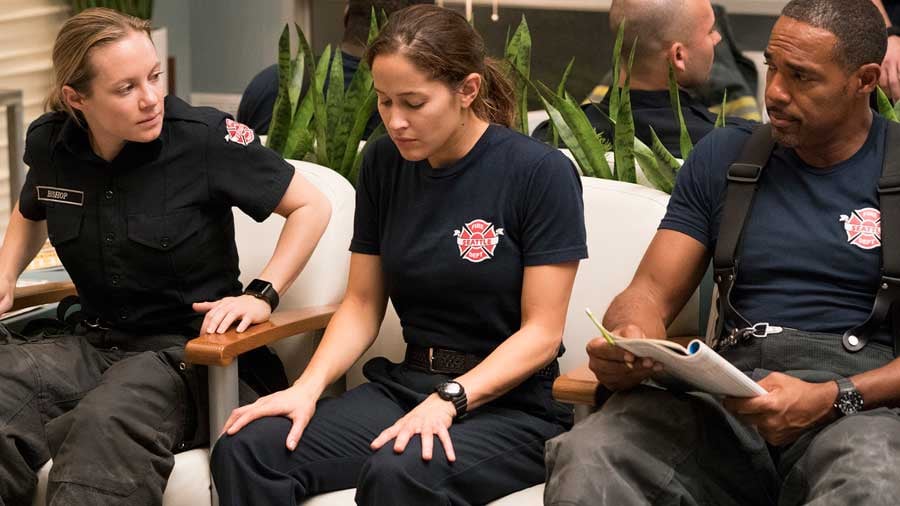 Secondly, it is a spinoff of the wildly popular Grey's Anatomy, a show pulling in good ratings numbers in its fourteenth season, a feat nearly unheard of in television history. Grey's helped get spinoff Private Practice off the ground back in 2007 and it aired for six seasons, which is a fairly good run. If fans connect with the firefighters of Station 19, it could have similar success. It doesn't hurt that Grey's will be the lead-in for Station 19 either — that's a scheduling no-brainer.

Thirdly, the nature of the show provides for both incredibly dramatic stakes and lots of potential crossovers with its parent show. The characters are a station of firefighters, which means the very nature of their job will be life-and-death nearly all the time. And when something goes south, they have to go to the hospital, which is conveniently nearby in the form of Seattle Grace Mercy West Grey Sloan Memorial Hospital. The crossovers practically write themselves.

The first episode is actually a crossover, with Grey's anchor Ellen Pompeo appearing as Dr. Meredith Grey when a firefighter is hurt on the job. Plus, the whole connection to Grey's is that Bailey's husband Ben, played by Jason George, has left his job as a surgeon to become a firefighter, so that's another potential crossover thread to tug.

And finally, the show is also pretty good. It definitely has some kinks to work out and I'm curious to see an episode that actually doesn't involve the parent show, in order to see how Station 19 stands on its own two feet. But the bones are there to make this another Shondaland hit.