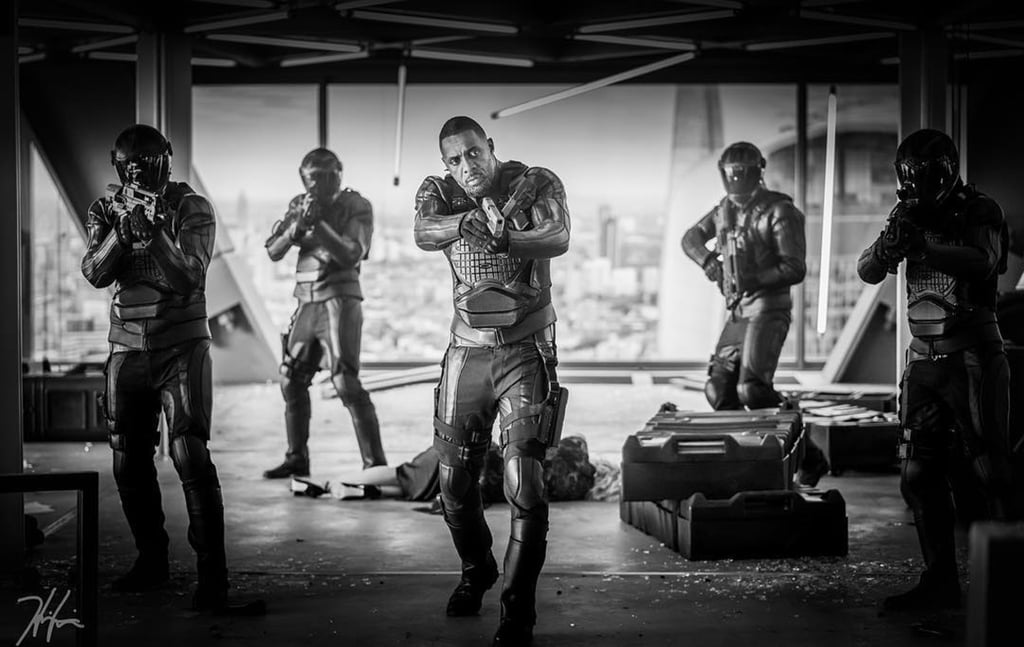 We've only just started to get some exciting details about Hobbs & Shaw, the upcoming Fast & Furious spin-off, but now, our villain has emerged. On Oct. 11, The Rock posted a new behind-the-scenes Instagram snap introducing Brixton, played by none other than Idris Elba. "I learned a long time ago (when I was a very sinful eyebrow raising villainous man in the crazy world of pro wrestling;) that heroes are only as great as their greatest villains," The Rock wrote. "A pleasure to introduce the man himself." According to the Instagram caption, the badass villain and is "undefeated," and we're guaranteed to get the "showdown of all showdowns."

Previously, we had already caught a glimpse of the exciting spin-off in another Instagram snap. Now that we have a taste of the action, we can't wait to see what else might unfold; we're officially craving more. Don't worry, we'll help you keep track of all the official images here. After all, it's going to be a long wait until Summer 2019.