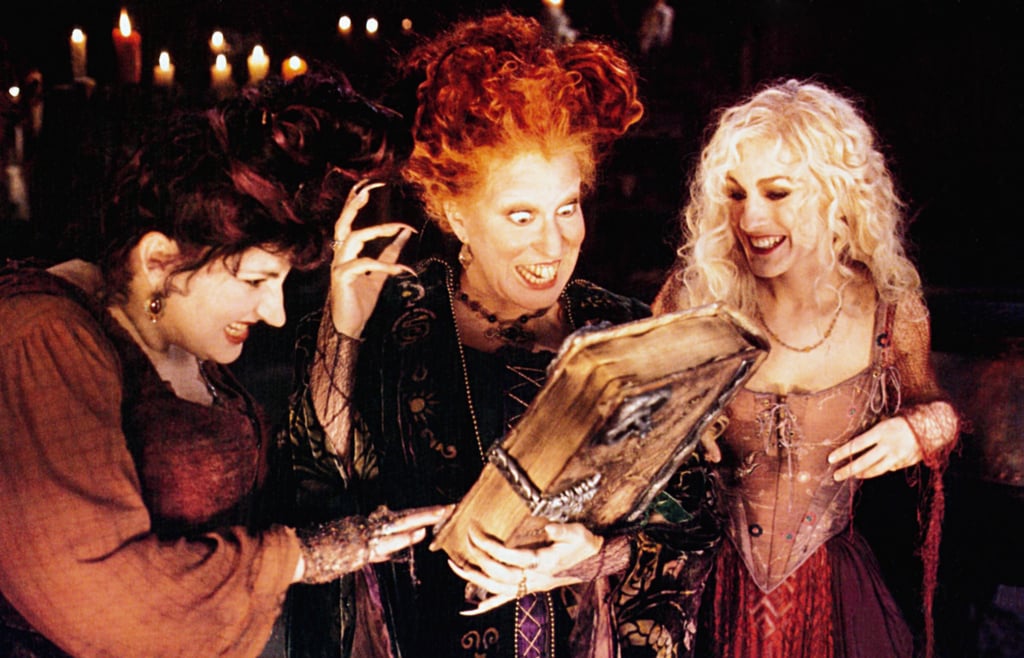 Hocus Pocus is celebrating its 25th anniversary this year, and the cast is ready to tell all. In honour of Freeform's reunion special over the weekend, Bette Midler, Sarah Jessica Parker, and Kathy Najimy shared their favourite behind-the-scenes moments. Midler revealed that she was immediately excited about the movie after reading the script. "I read the script of Hocus Pocus and I was very intrigued by it because it was an opportunity to do things that I really loved to do, which is play physical comedy and be more than a little broad," she said.

Parker, on the other hand, was surprised by the darkness of it all, given that it is a Disney film. "I guess what I remember most is how awful we were as characters," she admitted. "I was surprised that the goal was to get a child and basically destroy them, but because it was done in a really heightened, ridiculous way, it was a lot of fun."

Still, the Sanderson sisters' favourite part was getting to fly. Midler said it was "one of the greatest joys I've ever experienced as an actor," and Parker said she "enjoyed it more than anybody."

Hocus Pocus was first released in 1993. Even though its magic still lives on today, Entertainment Weekly notes that it initially flopped at the box office and received bad reviews. "I don't think any of us who were making it at the time thought Hocus Pocus would have such a long life," Parker said. "People tell me all the time they grew up watching it, and that they still watch it. I think it's wonderful."

Najimy added: "It was 25 years ago. For it to embraced so wholly, and so rabidly, it's flattering and it's an honour." Freeform's Hocus Pocus special originally aired on Oct. 20, but the network will continue to air reruns through Halloween.