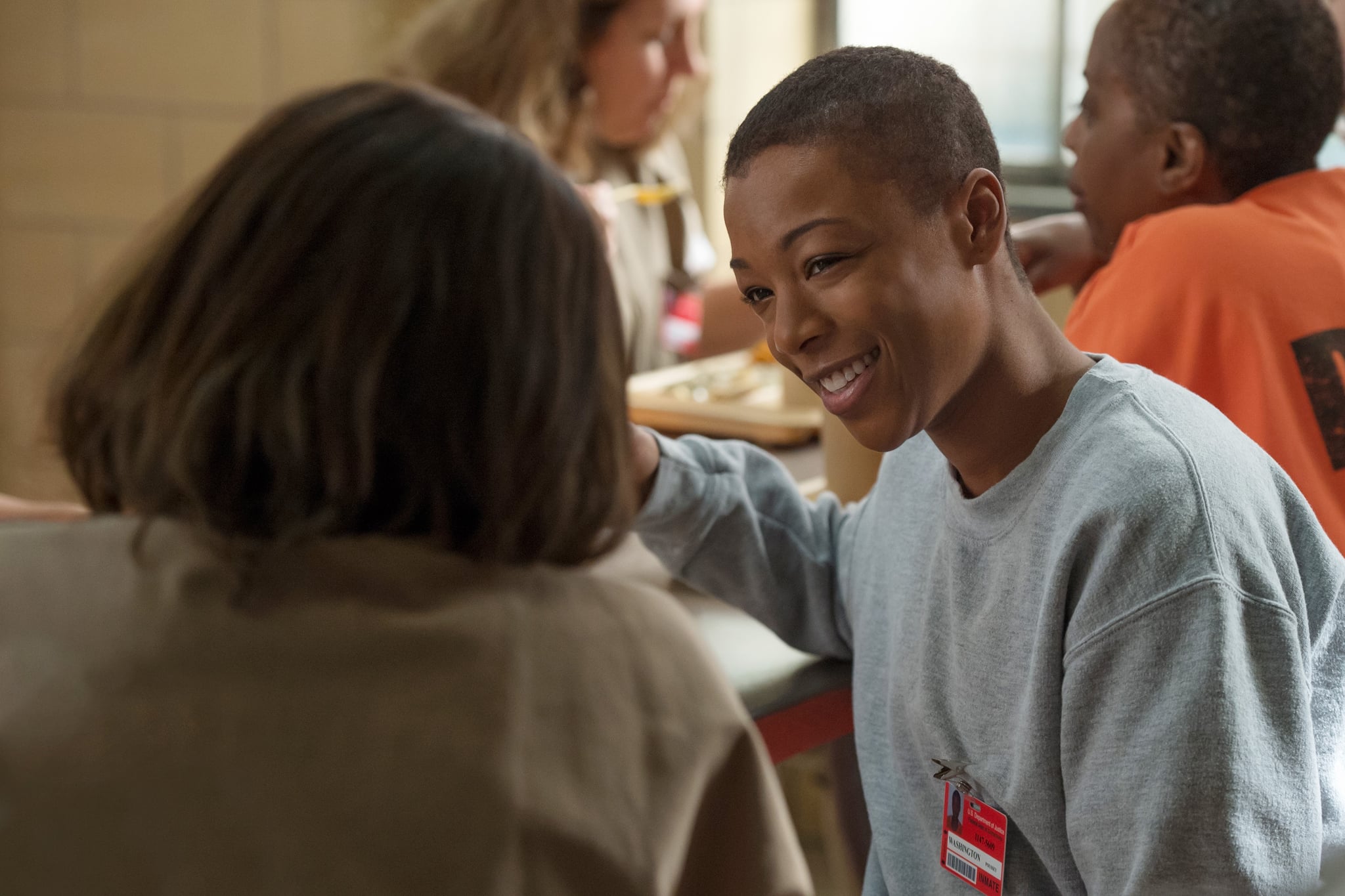 The next chapter of Orange Is the New Black is finally here! Before we plunge headfirst into the show's fifth season, it's appropriate to take stock of where season four left off. Of course, there's the big cliffhanger in the final scene, but there are a lot of things leading up to this moment that bear remembering. After all, the building tension throughout the season is what ultimately leads to the gripping conclusion. One crucial and heartbreaking part of last year's episodes was the fate of Poussey Washington. As we prep to check back in to Litchfield, let's remember what happens.

In the second-to-last episode of season four, the inmates decide to hold a peaceful protest in the cafeteria. They're tired of the unfair treatment they're being forced to endure at the hands of the criminal justice system. More specifically, they're tired of the corrupt and monstrous new guards whose disciplinary actions fall more in the category of abuse than retribution. Suffice it to say, this "peaceful protest" quickly descends into violence and chaos. Almost immediately, Crazy Eyes experiences a psychotic break and starts yelling, "I did a bad thing! I did a bad thing!" Piscatella tells Bayley, the pushover CO, to get her to the psych ward.

As soon as Bayley tries to restrain Crazy Eyes, Poussey is on the scene. Bayley immediately pushes her to the ground and holds her there with his knee. He turns his focus back to Crazy Eyes, who is jumping on him and hitting him and trying to get him to go away. Poussey struggles underneath Bayley's knee. He has his hand against the back of her neck. She starts gasping for air and saying she can't breathe but loses strength pretty quickly. Before Bayley gets off of her, she's gone.

Poussey's death is essentially the catalyst for the final episode. It's a striking nod to the Black Lives Matter movement, and since Poussey is one of the most good-hearted characters on the show, it's devastating. The internet exploded almost immediately with shocked and exasperated reactions of grief, proving none of us will ever quite recover from the loss. All we can hope for now is justice.