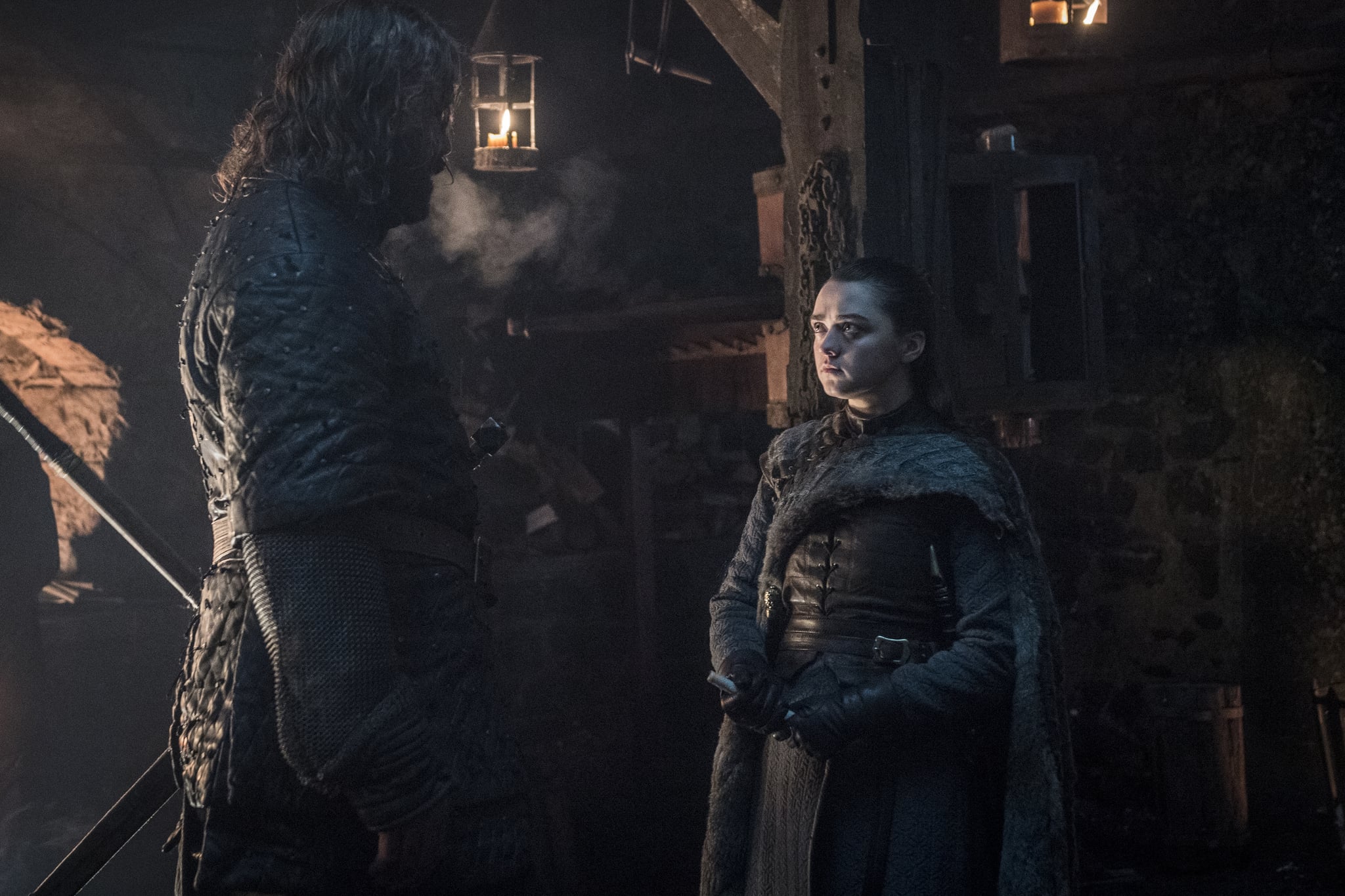 As the surviving characters on Game of Thrones condense and come together to fight the final battles, there's more than just swords and arrows at play — there's magic too. The most obvious show of "battle magic," so to speak, is Daenerys's dragons and the White Walkers, but a notable, non-Three-Eyed Raven character wields semi-magical abilities. During her time with the Faceless Men, Arya Stark picked up some very badass — and very creepy — tricks that have already come in handy.

Put simply, the Faceless Men are able to essentially shape-shift in order to carry out their assassinations, which they regard as a religious duty. Not only can they change their faces, but their entire bodies and even voices will shift to match the identity they've taken on temporarily. Their knowledge and training falls somewhere in between outright magic and pure skill or tech, and it's never described specifically how they train to get their powers. Arya's most explicit use of her training in the series so far came back in season six, when she takes on the face of Walder Frey to destroy his family in revenge for the Red Wedding. After poisoning the gathered Freys, she is seen literally peeling off Frey's face and revealing herself to the servant girl.

It's unknown exactly how the Faceless Men carry out their shape-shifting, and Arya hasn't gone into detail at any point. While the literal shape-shifting and "face wearing" is magically based, Arya and other Faceless Men also undergo training that helps them carry out their duties with discretion and skill: one of the key tenets of the brotherhood is to avoid collateral damage, only killing targets with precision. It's implied that the "faces" or masks themselves are the key to unlocking the shape-shifting. The A Song of Ice and Fire novels are a little more specific, explaining that there's alchemy and blood magic involved, as well as a Hall of Faces where "masks" are stored. All in all, it's a useful skill set, but a deeply creepy one, even by Thrones standards!