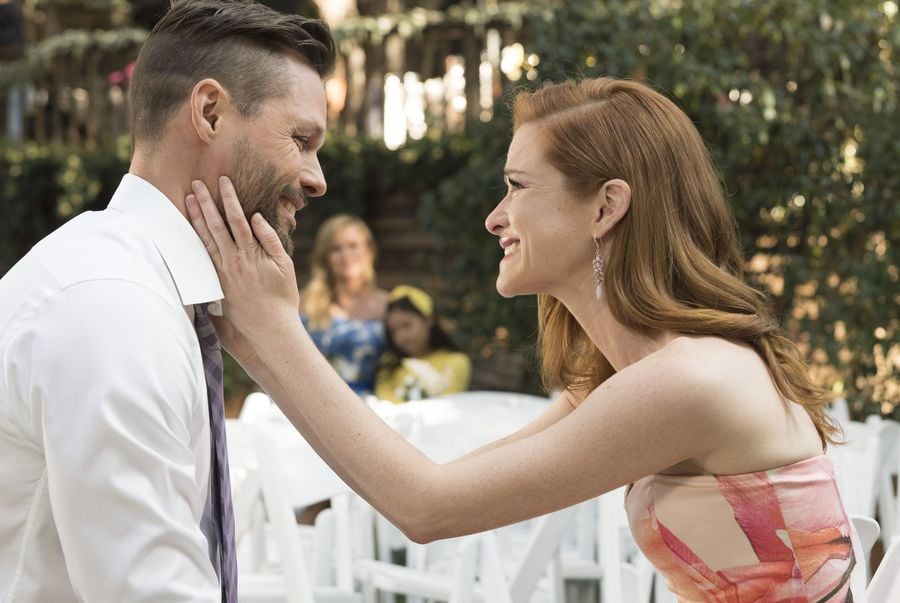 Well, we all made it through the Grey's Anatomy finale in one piece. Though we were expecting a lot of drama and even a possible death, we actually ended season 14 on a light note. Yes, this even applies to the dual exits of April and Arizona, which we've been dreading for months. In Arizona's case, the show had been hinting at her move to NYC for weeks, so we knew what to expect going in. For April, it was quite a different story.

As a brief recap, April's life changes after her near-death experience in the penultimate episode of season 14. She decides to quit her job at the hospital because she wants to serve God and help others. It's a much more personal journey, and it aligns with the renewed sense of faith she finds in the episodes leading up to her goodbye.

Look, I'll level with you: this situation is not ideal. Many Grey's Anatomy fans, myself included, did not want April and Arizona to leave in the first place. And the fact that they both said goodbye in the same episode meant that proper tribute could not be paid. It's heartbreaking just to watch one character leave, and it's nice to be able to give one character our undivided attention. So, doubling up was always going to be hard. And even the moment in question was a bit watered down. In April's final moments, she gets married to Matthew, but it all happens while Alex is marrying Jo. And Arizona gets even less. Truth be told, I would have loved a very dedicated goodbye episode that really felt like closure. This was not that.

But, listen. Here's the thing. April's exit could have gone in a lot of other directions. There were multiple points where we thought she might die. There was one period when we thought she would take her own life. Grey's has historically leaned on tragedy. Though many characters have had decent exits, there have been a lot of tragic deaths. April's exit wasn't the best thing in the world, but I'm so thrilled to see that she got a happily ever after.

Yes, there may have been a better way to do this. I can imagine more precious circumstances in which we could pay tribute to April. I wish she didn't have to leave at all. But ending April's story on a happy note is something we shouldn't take for granted! And hey, the fact that she's alive means that maybe someday, down the line, she could come back. I mean, Teddy's (probably) returning for season 15, and she's been gone a while. Never say never, friends.

British Celebrities
6 of the Most Important Moments From Leigh-Anne: Race, Pop & Power
by Navi Ahluwalia 2 hours ago