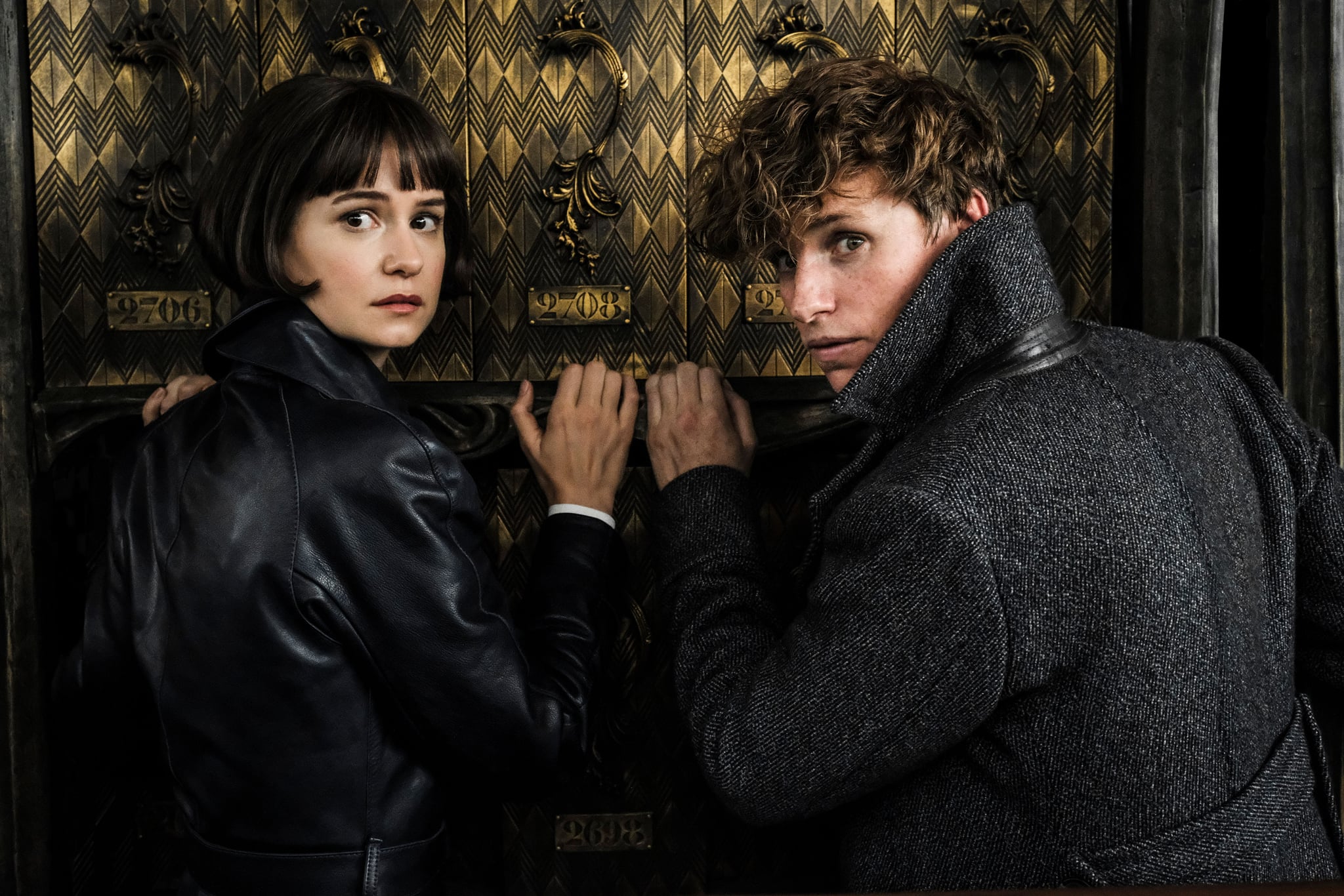 The Wizarding World feels bigger than ever now that the Harry Potter prequel franchise no longer revolves around Newt Scamander's quaint adventures alone. Fantastic Beasts: The Crimes of Grindelwald introduces us to a flurry of new characters and backstories, which results in a very jam-packed ending. It'll be a good while until the third prequel pops up, so here are a few things that you should remember from the second film, from Leta's tragic fate to the shocking reveal about Credence Barebone. Obviously, there are spoilers ahead, so read with discretion!

Grindelwald gathers a rally of witches and wizards, proclaiming the superiority of wizards and projecting scary future images of World War II to show what a world ruled by Muggles looks like. He tells his followers to leave and spread his message. As the Aurors make their way down to him, he then creates a blue ring of fire, asking those who want to pledge their allegiance to step inside. Shockingly, Queenie and Credence join him, despite respective pleas from Jacob and Nagini. Why, Queenie, why? Is she under the Imperius Curse or pulling a Snape and acting as a double agent? We can only theorize at this point.

Leta Lestrange walks toward Grindelwald's blue fire, at first seeming like she'll join his ranks. But she attempts to attack him, ultimately surrendering herself when Grindelwald kills her off. This allows the Aurors to duck out of harm's way and save Paris, but man, RIP Leta. Now that his half-sister has died, this might mean that Yusuf Kama will be returning with a newly formed vengeance against the dark wizard in the third prequel. Same goes for Newt, who had been close friends with her, and his brother Theseus, who had been engaged to her when she was still alive.

While they're in a secret base in Austria, Grindelwald reveals to Credence that his real name is Aurelius Dumbledore. Oh, and the bird that Credence has been tending for is actually a phoenix, which is associated with the Dumbledore family. This all had us going like, what?! We've only known Albus Dumbledore to have two siblings: Aberforth and Ariana. How Credence plays into the story doesn't quite make sense yet, as there's a significant age difference between Albus and Aurelius. Albus' mother Kendra passed away when he was a teenager due to an explosion caused by his sister Ariana, and Percival died in Azkaban shortly after being convicted for attacking the Muggles who hurt his daughter. Is Grindelwald lying or hiding something? We wouldn't be surprised either way because he's like, evil.

Albus Dumbledore Is Ready to Help

Dumbledore had initially been reluctant to fight Grindelwald despite the fact that he's the only person who can defeat the evil wizard. This is because in his younger days, he had made a blood oath with Grindelwald to swear that they'd never fight one another. With the help of his adorable Niffler, Newt manages to secure the blood vial and convinces Dumbledore to try and figure out how to circumvent the oath. For now, it appears that initially Ministry-resistant Newt and Dumbledore are ready to help the Aurors. (Oh, and Nagini and Kama also happen to be in the mix at Hogwarts as well.) We know that Dumbledore will eventually defeat Grindelwald. But how will he do it? We'll just have to wait and see.