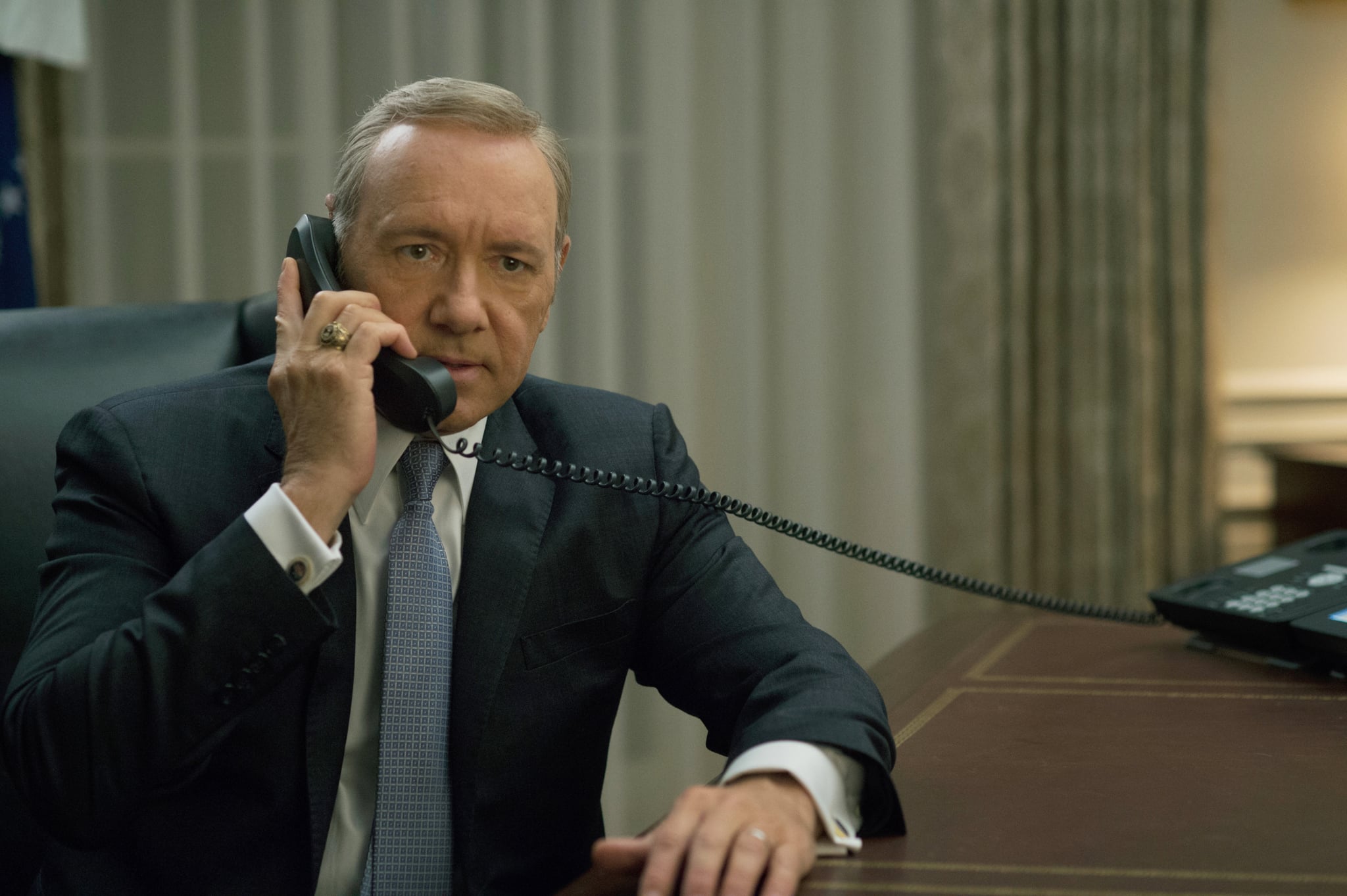 Actors getting written off of shows or replaced is nothing new, but when it was announced that Kevin Spacey, whose mere presence on a film set marred the entire production after several allegations of sexual misconduct surfaced, the writers behind Netflix's House of Cards needed to come up with plan to, well, make his character go away.

Spacey's Francis Underwood is vicious, the kind of politician no one wants to think actually exists but probably does. He's social-climbing, murderous, insatiable, and, at the beginning of season six, dead. The main character for the first five seasons, who frequently breaks the fourth wall with his slow and methodical Southern drawl to talk to the audience, makes no appearances in the new season. If his character seemed larger than life when he was on screen, for much of season six, the mystery of his death dominates even more.

We're given little information about his death for much of the season. We know early on that he dies in his bed, presumably from natural causes. However, his widow and current president of the United States, Claire (Robin Wright), explains to us in one of her own fourth-wall soliloquies that she knows that a man like Francis couldn't have just died in his sleep. No, it must have been murder.

Women's intuition is rarely wrong, and it seems like the writers for House of Cards wanted to use the character of Francis for one last hurrah, which is why it isn't revealed who kills him until the final scene of the final episode of the season.

Doug Stamper (Michael Kelly), Francis's former right-hand man and chief of staff, admits in the Oval Office to Claire that he poisons Francis with his own pills. Which pill and how many isn't clear, but the motive is obvious: Doug is obsessive about Francis, to the point that numerous times throughout the series, he does anything to protect Francis, even if that means protecting him from himself. Francis had been planning to murder Claire, so to protect the Underwood presidential legacy (which already seemed like a moot point considering all of Francis's bad decisions in season five), Doug decides to murder Francis.

For now, fans will just have to imagine how this revelation, as well as the subsequent skirmish between Claire and Doug, plays out since season six is presumably the show's last. Then again, there's always the spinoff.

Image Source: Netflix
House Of CardsTV
Around The Web

British Celebrities
Get Excited, Because Finding Alice Is Officially Returning For a Second Series
by Navi Ahluwalia 12 hours ago

Award Season
Chadwick Boseman's Wife Accepts His Golden Globe: "He Would Say Something Beautiful"
by Kelsie Gibson 19 hours ago