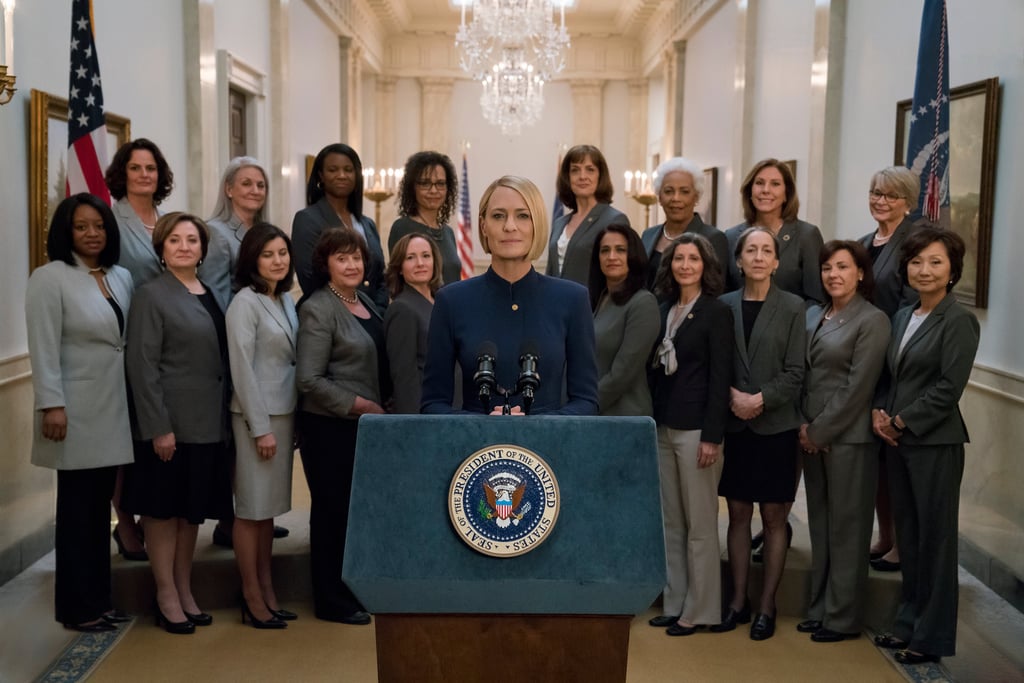 Here's How House of Cards Ends, in Case You Just Want to Know

After it was announced that season six of House of Cards wouldn't include Kevin Spacey's Frank Underwood (due to the actor's sexual misconduct allegations), the internet exploded in guesses about how the show would keep everything together. Thankfully, Robin Wright's Claire Underwood has been seemingly training for the past several seasons to take over for her onscreen husband. The writers of the sixth and final season had a steep task ahead of them: resolve lingering issues and continue the political intrigue that has served the show well for so many years. To find out how each of your favourite characters fares this season, as well as the status of some new ones, keep reading.

Previous Next Start Slideshow
House Of CardsTV
Around The Web