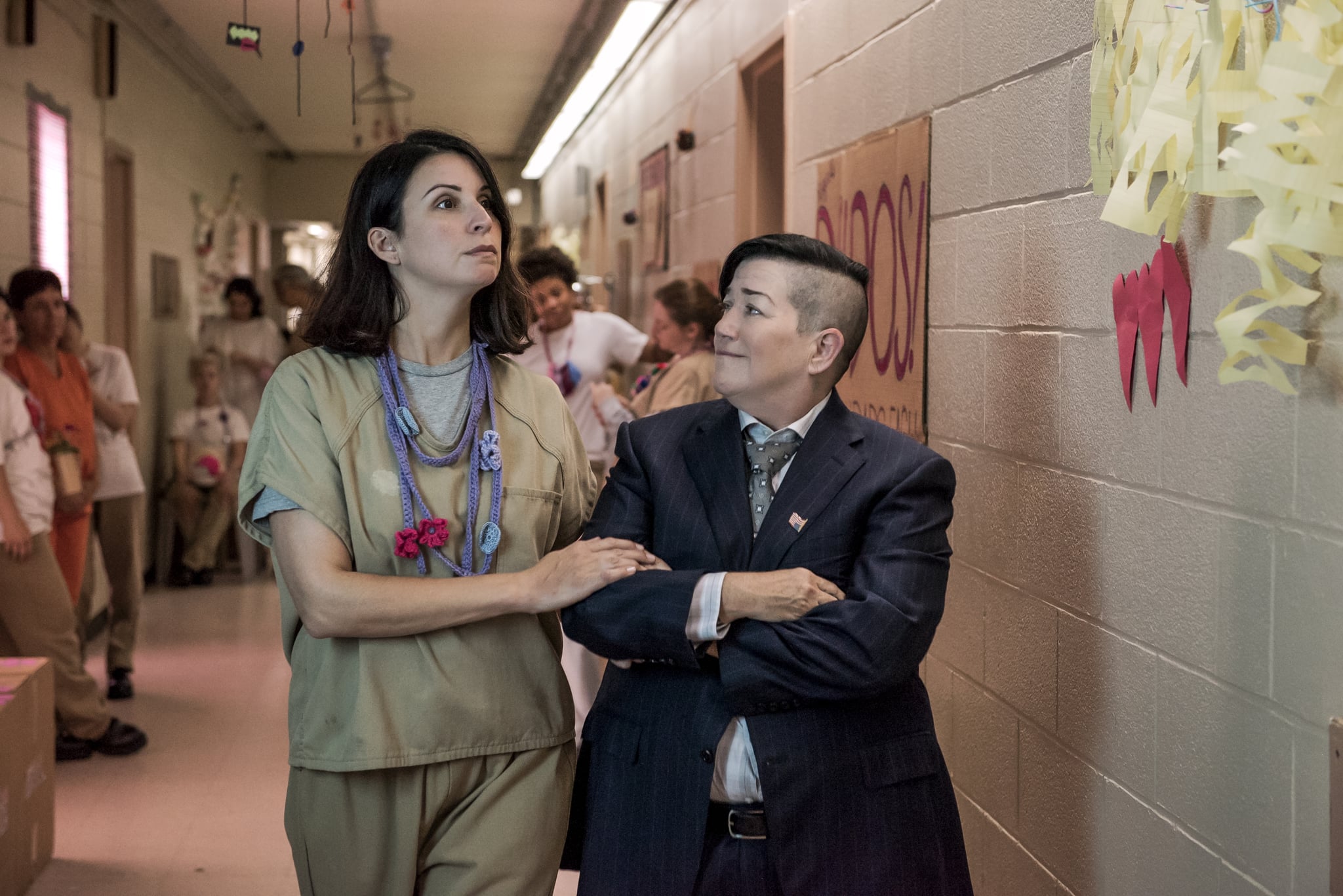 It feels like a year since the season five of Orange Is the New Black came into our lives. Oh, wait . . . Now, thankfully, the hit Netflix show is back with season six. With the Litchfield inmates now in maximum security and at least one new inmate joining the crew, it's bound to be a good one. But before you begin canceling plans and burrowing yourself on the couch with snacks to binge-watch the new season, let's refresh your memory on what happened at the end of season five.

All it takes is one time between Lorna and her new husband, Vincent. The two consummate their marriage against a vending machine in the visiting area of Litchfield, as one does when they're in prison. In the second-to-last episode of the season, she takes multiple pregnancy tests and tells her prison hook-up buddy, Nicky, that she's expecting.

Piper and Alex Get Engaged

Something about a riot just breeds romance in the air, I guess. Piper proposes to Alex at the end of episode 12. A couple of the inmates are there, and Alex says "yes"!

Linda Is Still Being Held As an "Inmate"

When the inmates take control of Litchfield, Linda begs for help to conceal her identity so she won't be held hostage like other prison employees. Linda catches the eye of Big Boo, and the two wind up kissing in the bathroom. However, Big Boo doesn't know who Linda really is. It's not until she finds Linda's phone and sees a picture of her and Caputo that she begins to piece everything together. Once the riot is over and the majority of the inmates are lined up outside, Linda tries to tell the guards who she is. But Big Boo steps in the make a mockery of her, and no one believes her. With the guards on high alert and the inmates on their way to max, it'll be interesting to see how or even if she gets out.

Your jaw probably dropped when aggressive, abusive corrections officer Piscatella gets shot in the head — and by another officer, no less. Maybe this means max will be a tiny bit more tolerable for the Litchfield ladies? Stay tuned on that one.

The Riot Comes to an End

It was only a matter of time, but the SWAT team invades Litchfield and gains back the prison in the final episode of the season. One by one, they bring out each inmate, handcuff them, and line them up on the grassy area at the front entrance. A couple, mostly the white supremacists, put up a mean fight and even attack back at the police. In the final scene, we see Piper, Alex, Suzanne, Nicky, Red, Blanca, Taystee, Cindy, Gloria, and Frieda standing arm in arm in the prison's forgotten empty pool ready to surrender to the approaching SWAT team.