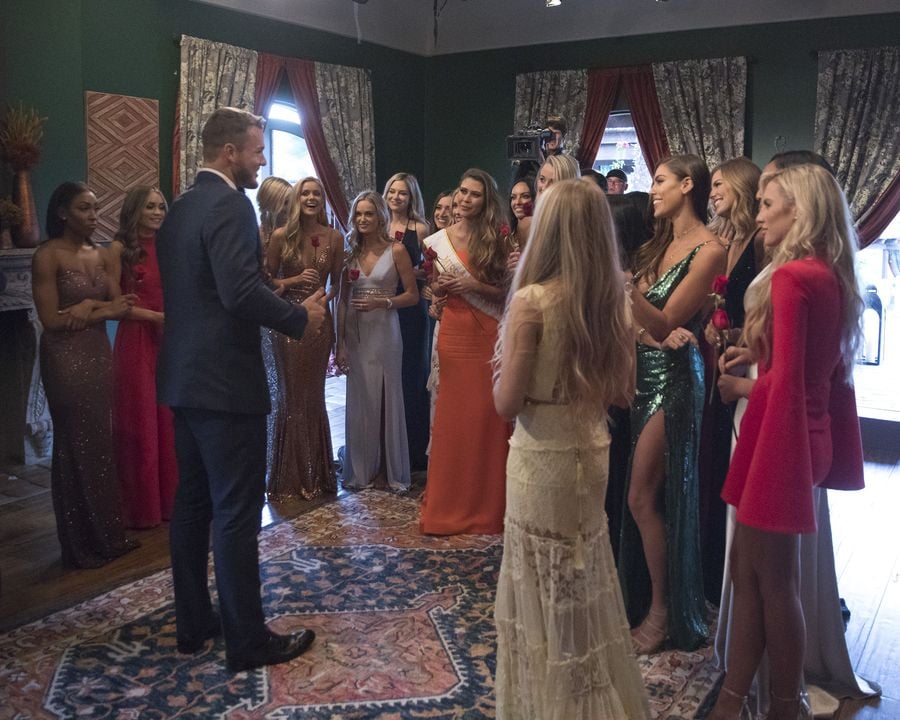 It's no secret that fans watching The Bachelor at home are only seeing a small snippet of the action. The cameras are rolling pretty much nonstop, so producers have to pick the best and most important scenes to show in each episode. But knowing how much footage is left on the cutting room floor, you might be wondering — how long are The Bachelor's rose ceremonies, exactly?

From the season 23 premiere, it looks like Colton's first rose ceremony was a long one. When the contestants who didn't get a rose were sent home, they walked out of the mansion into bright sunlight, a clue that it was probably well into the morning hours at that point. (And yes, that also means that the remaining contestants were likely doing a Champagne toast at 8 or 9 a.m.)

In a 2015 interview with Glamour, former Bachelor Sean Lowe described the lengthy rose ceremonies, saying the first one is the longest. "On TV, what you see is I hand out a rose, the girl comes forward and accepts it, and then I hand out another rose," Lowe told the magazine. "In reality, there's about three to five minutes in between each rose because all 15 cameras have to reposition. That first night lasts until about 7 a.m., and then each one after that lasts until about 3 or 4." Yikes!

As with so many aspects of reality TV, it sounds like rose ceremonies are way less fun in real life than they are on screen. It's exciting for the contestants to get roses each week, of course — but staying up until 5 a.m. or even later doesn't exactly seem like a picnic. Fortunately, the rest of us get to sit back and enjoy the show each week, without having to go through any of the stressful logistics.