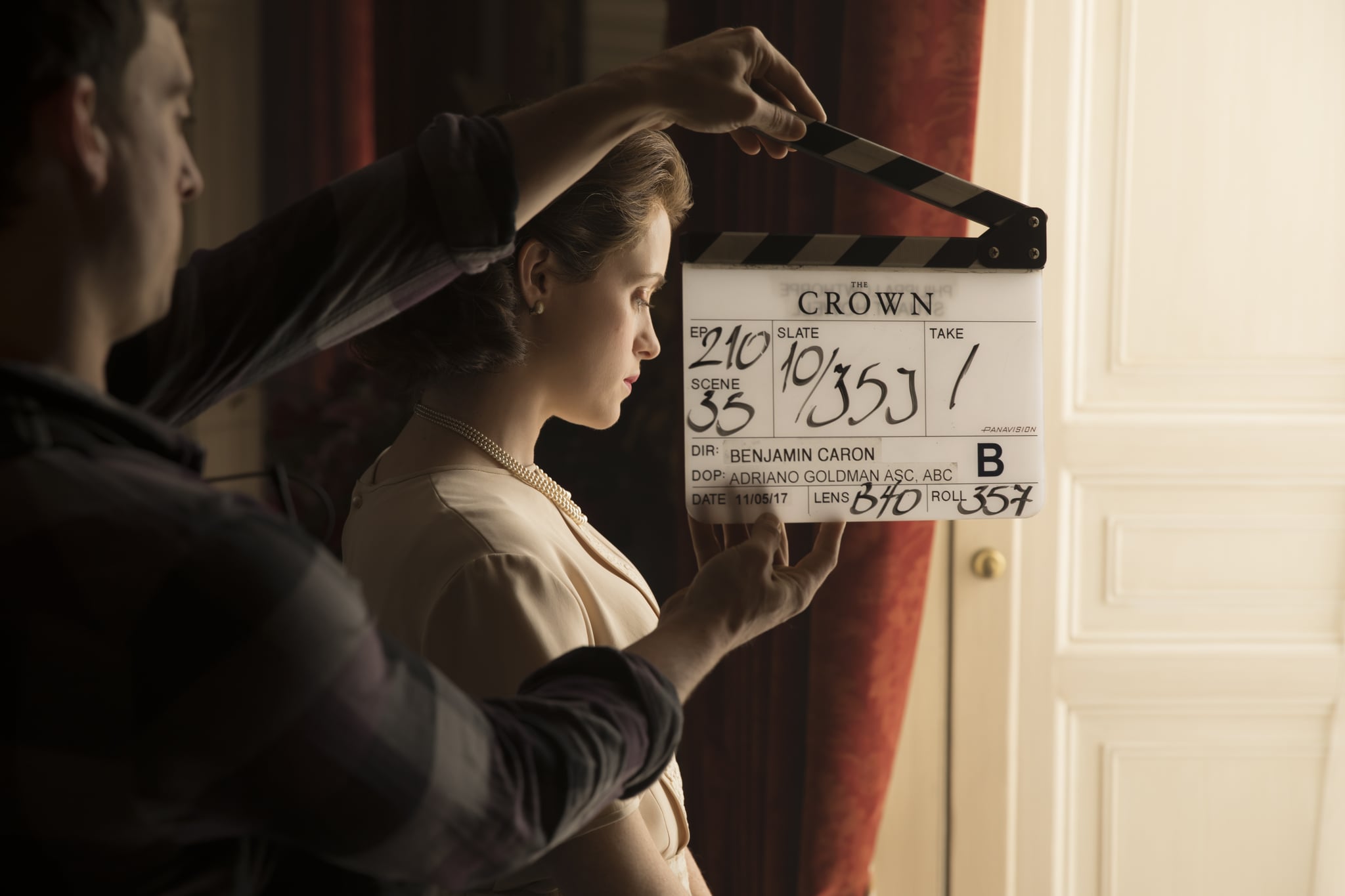 When news first got out about Netflix's plans to create a series that followed the life and early reign of Queen Elizabeth II, The Crown, I was impressed by the streaming service's decision to retell the story of one of the most influential women in history. As more details emerged, news that Netflix had tapped Matt Smith to portray a young Prince Philip made its way to the ears of some very happy Doctor Who fans. While I've only watched two episodes of Doctor Who, I'd witnessed (but never engaged in) many arguments about whether Matt Smith was indeed the best Doctor in the hit BBC show. Smith's face was plastered all over Hot Topic T-shirts, backpacks and fan art — it was near-impossible to escape Smith's geeky stardom in the years of 2010 to 2014. That's why it was surprising, but exciting, to hear Smith was tackling a period drama role.

When I read that actress Claire Foy would be stepping into Queen Elizabeth II's sensible heels not long after, my first thought was, "Who's Claire Foy?" Although Foy has turned out to be one of TV's most critically acclaimed breakout stars of the last couple years, you have to admit that she basically came out of nowhere. Still, it didn't take long for the then-unknown actress to win over the hearts of viewers and critics alike, while simultaneously humanizing a public figure notoriously known for her privacy. Foy even picked up a few accolades along the way, including a Golden Globe and a Britannia Award in 2017. It was clear: a star was born, and that star was apparently paid less for her work than Smith.

"No One Gets Paid More Than the Queen"

During a recent panel discussion, one of the show's producers, Suzanne Mackie, revealed that Smith was indeed paid more than Foy in the first season of The Crown. She later noted it was a mistake that won't be repeated, saying, "Going forward, no one gets paid more than the queen." The news quickly went viral, and Left Bank pictures — which produces The Crown and is in charge of negotiating salaries — issued an apology to both stars for getting them involved in "a media storm" they never asked to be a part of. Despite Left Bank's admission, it's important to remember that the reasoning behind the difference in pay was that Smith had the success of Doctor Who on his resume, while Foy was a relative unknown at the time of her casting. Fans and anyone who believes in fair wages were outraged, myself included. That was until I stepped back, took a deep breath, and Googled Foy's IMDB page.

Though Foy's career dates back to 2008, the British actress wasn't involved in anything remotely as big as The Crown before being, well, crowned. What Mackie said had truth in it, but that didn't stop fans from drafting petitions demanding that Smith donate his salary to the Time's Up movement, something Mark Wahlberg volunteered to do after news broke the actor made eight times more than costar Michelle Williams for the reshoots of 2017's All the Money in the World (keep in mind she was one of the film's leads, while Wahlberg was in a much smaller supporting role).

While Smith has yet to comment on the wage discrepancy or whether he will donate his money, it's important for everyone to also take a second and really consider whether this is the answer to Hollywood's gender wage gap. To do so, you'll need to understand how exactly wages are negotiated in the entertainment industry. 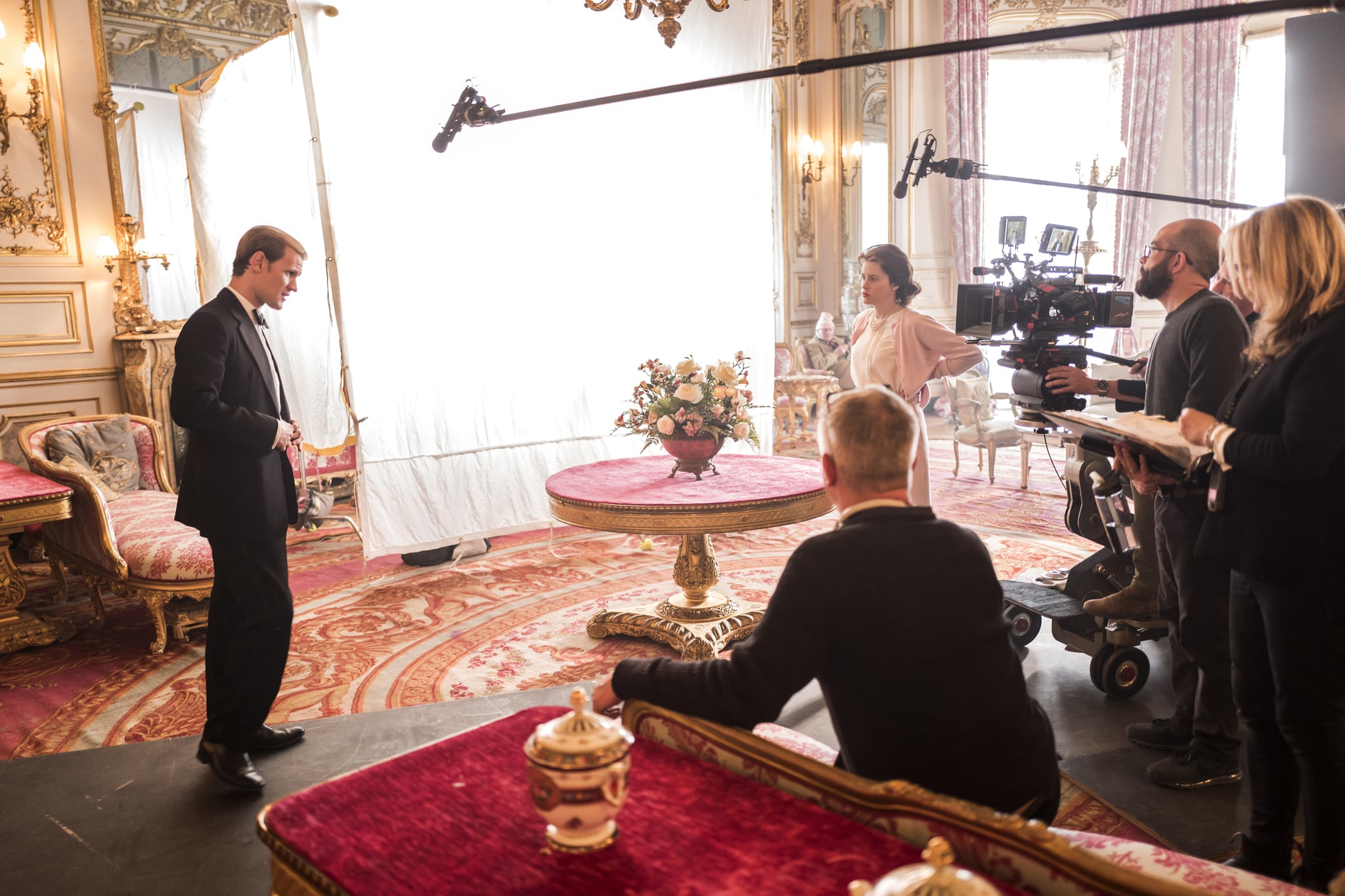 According to Natalie Robehmed, an associate editor at Forbes who covers media and entertainment, how much an actor makes is usually and historically based on the actor's quote, which is the amount of money they made in their last project. Agents will normally arrange that their client be paid no less than what they made previously. Agents will also sometimes negotiate that their client be paid more in a sequel if they can prove their client brought in a lot of revenue for that said franchise. Actors like Vin Diesel, for instance, might have the leverage to request more pay for a Fast and Furious movie given how crucial his role is to the successful series.

This tactic, however, is undergoing a major change — in fact, as of January 1, a new set of guidelines added to the California Labor Code 432.3 now makes it illegal for agents to disclose a client's quote when negotiating salary for a project. Hollywood did this as a means to help wage discrepancies for women and people of colour who have historically been underrepresented in TV and film.

"Some of the idea was to even the playing field a little bit," Robehmed told POPSUGAR. "Because there are simply fewer opportunities, and fewer big roles for [women and people of colour], their quotes have historically been lower."

Since the new guidelines only went into effect in January 2018, it's fair to assume that Foy and Smith's agents disclosed the actors' quotes when negotiating their pay for The Crown since it was years earlier. If that's indeed what happened, it makes sense that Smith's pay would be higher than Foy's, who was reportedly paid $40,000 per episode (Smith's wages have yet to be disclosed with the public).

It wouldn't make sense, however, for Smith to donate his money. While, yes, Claire Foy is Queen Elizabeth and ultimately the queen bee of the show, Smith shouldn't be penalized for having a successful career that awards him a higher salary. His money is also exactly that: his money. He is entitled to do with it whatever he wishes, and if that doesn't involve donating some of his salary to Time's Up, or any other movement, then that should be fine. Pressuring Smith to donate his money is a temporary and ineffective fix to a bigger issue at hand.

"Instead of pressuring an actor to donate their wages, our attention should be focussed on creating more roles for women and minorities."

We are paying attention to the wrong injustice here. The problem isn't necessarily the pay; it's the lack of roles for women and people of colour in entertainment. Instead of pressuring an actor to donate their wages, our attention should be focussed on creating more roles for women and minorities. This should particularly apply to lead roles in high-grossing, mainstream films, like superhero movies and action franchises.

Women Can Save Cities, Too

Oscar winner Emma Stone was the highest-paid actress in 2017, yet her $26 million per picture quote still comes in far, far behind Mark Wahlberg's $68 million (Wahlberg was the highest paid actor in 2017). Wahlberg's comparatively large paycheck can be credited to his work in the Transformers series. Right behind Wahlberg on the list of highest paid male actors is Dwayne "the Rock" Johnson at $65 million, who's starred in Hollywood action films like San Andreas, GI Joe, and the Fast and the Furious series, which Johnson has been a part of since 2011. Behind him? Diesel, at $54.5 million. Notice a pattern here?

"If there aren't roles that give these women high-paying opportunities, then they're going to make less than men," Robehman said. "Yes, there are still women making millions, but fewer of them, simply because there are fewer roles."

While yes, in retrospect, shows like The Crown are a step forward when it comes to telling female-led stories, they are not exempt to Hollywood's long history of salary discrepancies. This isn't the fault of the cast, but rather the content-makers themselves, especially when an actor might have little to no knowledge how much their coworkers make — in the case of The Crown, Left Bank Pictures is at fault, not Matt Smith. Like any other job, it's rare that people (yes, even celebrities) talk openly about their salaries. Actors aren't immune to being uncomfortable or even embarrassed of having something as personal as their income so widely debated. Foy did understandably tell Entertainment Weekly she was surprised to have been in the centre of such a heated story.

"I know that Matt feels the same that I do, " Foy said. "That it's odd to find yourself at the centre [of a story] that you didn't particularly ask for."

While movements like Time's Up are making it easier for women to come forward about pay disparities, they are only truly effective when people offer their information and help voluntarily, not when they are pressured to do so. Jessica Chastain and Octavia Spencer's recent brush with pay disparity is a great example. After discussing the widely unknown wage gap between white women and women of colour, Jessica negotiated that Octavia be paid the same as her in her next project, which was five times more than what the actress was making. This win originated from a conversation both women were comfortable having, and an eagerness to work together. No pressure needed.

Claire Foy doesn't need saving, just like Queen Elizabeth II didn't need Prince Philip to be her knight in shining armor. What women and minorities in Hollywood need is for movie and TV executives to realise that tentpole projects don't need to be led exclusively by straight, buff men. Wonder Woman and Black Panther are proof. Once more stories like those start being told, the positive effects will trickle down to prestige dramas like The Crown and beyond. Then, and only then, will the queen finally get what she's owed.