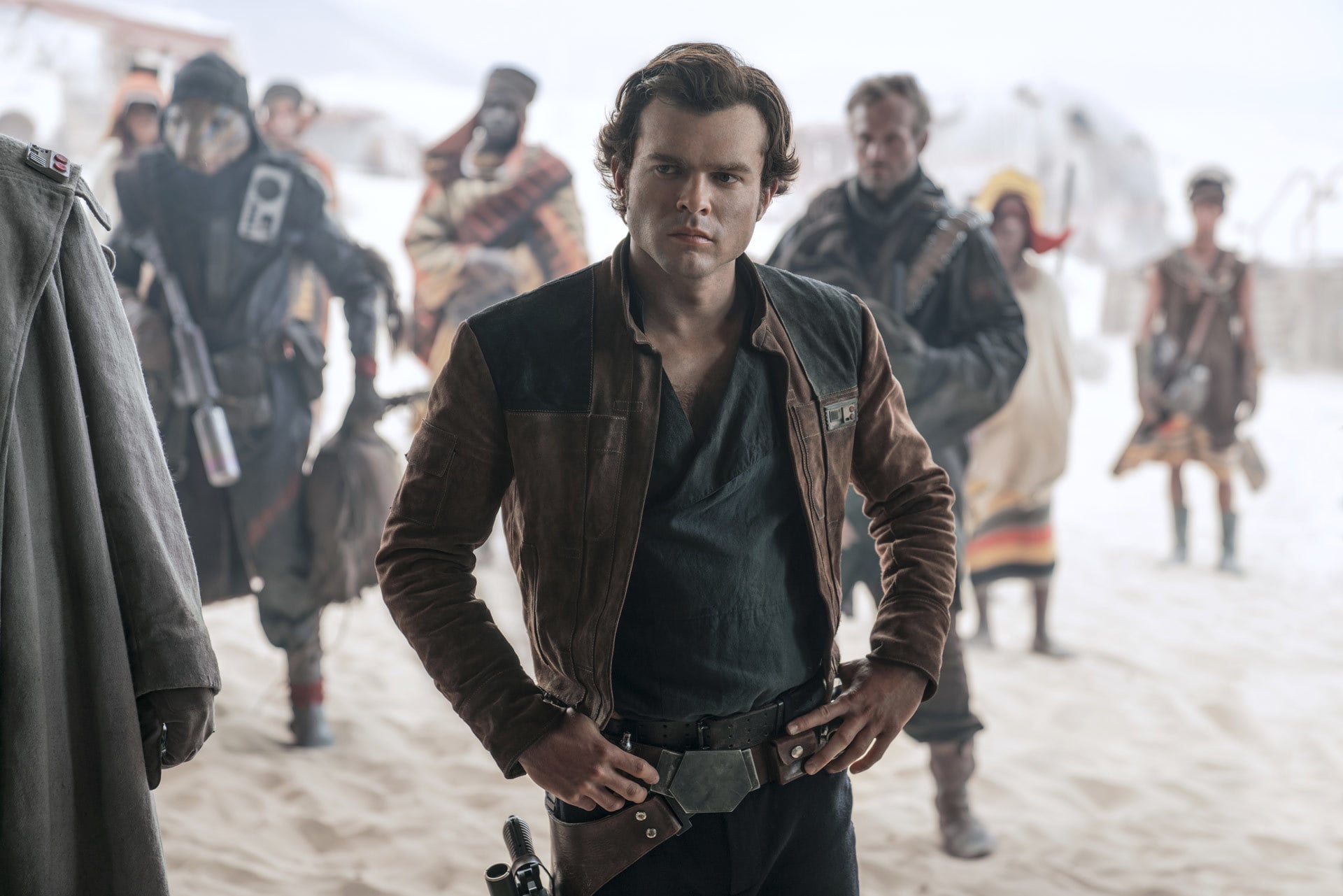 Warning: MAJOR spoilers for Solo: A Star Wars Story ahead!

As with Rogue One, Solo: A Star Wars Story makes an attempt to connect the standalone story to a point in time Star Wars fans are familiar with by squeezing in a shocking surprise cameo. In Rogue One, we see Princess Leia (aka a young Carrie Fisher hologram) receive the plans for the Death Star that Jyn Urso steals for the Rebels right before the start of A New Hope. In Solo, a new character, Qi'ra (Emilia Clarke), makes a phone call at the conclusion of the film that changes everything.

After killing her abusive former boss, Dryden Vos (Paul Bettany), and ditching her one true love, Han (Alden Ehrenreich), Qi'ra fires up a video call with none other than Darth Maul, who seems on the cusp of being at large as he is in The Phantom Menace. While it's an exciting cameo, to be sure, his appearance complicates things. Like, a lot . . . or so I thought.

Related:
This Is the Brilliant Voice Behind L3, Who Steals Every Scene in Solo: A Star Wars Story

Throughout Solo, we watch a fresh-faced, younger version of Han romp around the galaxy. When the film starts, he and Qi'ra are in their late teens on the dismal Corellia, a grim industrial planet with Imperial troopers around every corner. Han manages to escape by enlisting in the Empire's army, and when we next meet him, the film has jumped forward in time three years (to when he meets Chewbacca, FYI). All in all, he's in his very early 20s — could be a little younger or a little older, but we'll call that a likely guess. There's really no issue with him being this age, that is, until Darth Maul's appearance.

Originally, I thought that if Darth Maul was alive, that would place us right before Episode One, since Maul is sliced in half in The Phantom Menace; there's no way he survived that, right? That would mean Anakin is about 10 years old. Because of that, I was extremely confused as to how this could be possible and even played around with the numbers to try to figure it out. Here was my thought process:

You can tweak the numbers a little bit, but no matter how you look at it, the unbelievable age discrepancy between Han and the twins was always going to be there — there would always be at least 18 to 20 years between them. Not to mention, the age difference between Han and Anakin makes the gap between Han and his future bride, Leia, more than a little pervy. So, what's the deal?

As it turns out, my placing Solo before The Phantom Menace was a little off. Solo actually sits in time between Revenge of the Sith and Rogue One.

How in the world does that work out, you ask? Well, in the season four finale of Star Wars: The Clone Wars — the animated series that is classified as canon by Disney — Darth Maul returns, apparently not dead at the hands of Obi-Wan as fans of only the movies might have believed. He only just survives and naturally becomes a half-robot who wants to get his revenge (sounds familiar, doesn't it?). Then, in a later episode of Star Wars Rebels, Maul loses a fatal lightsaber battle with Obi-Wan, which is a total déjà vu moment (the jury's still out as to whether he'll make a three-peat appearance and shock us again in the future — stay tuned).

So basically, this changes the whole timeline of Solo (translation: makes it less pervy) and luckily isn't the small detail that would have majorly irked the franchise's most dedicated fans, as I had previously thought. Phew.