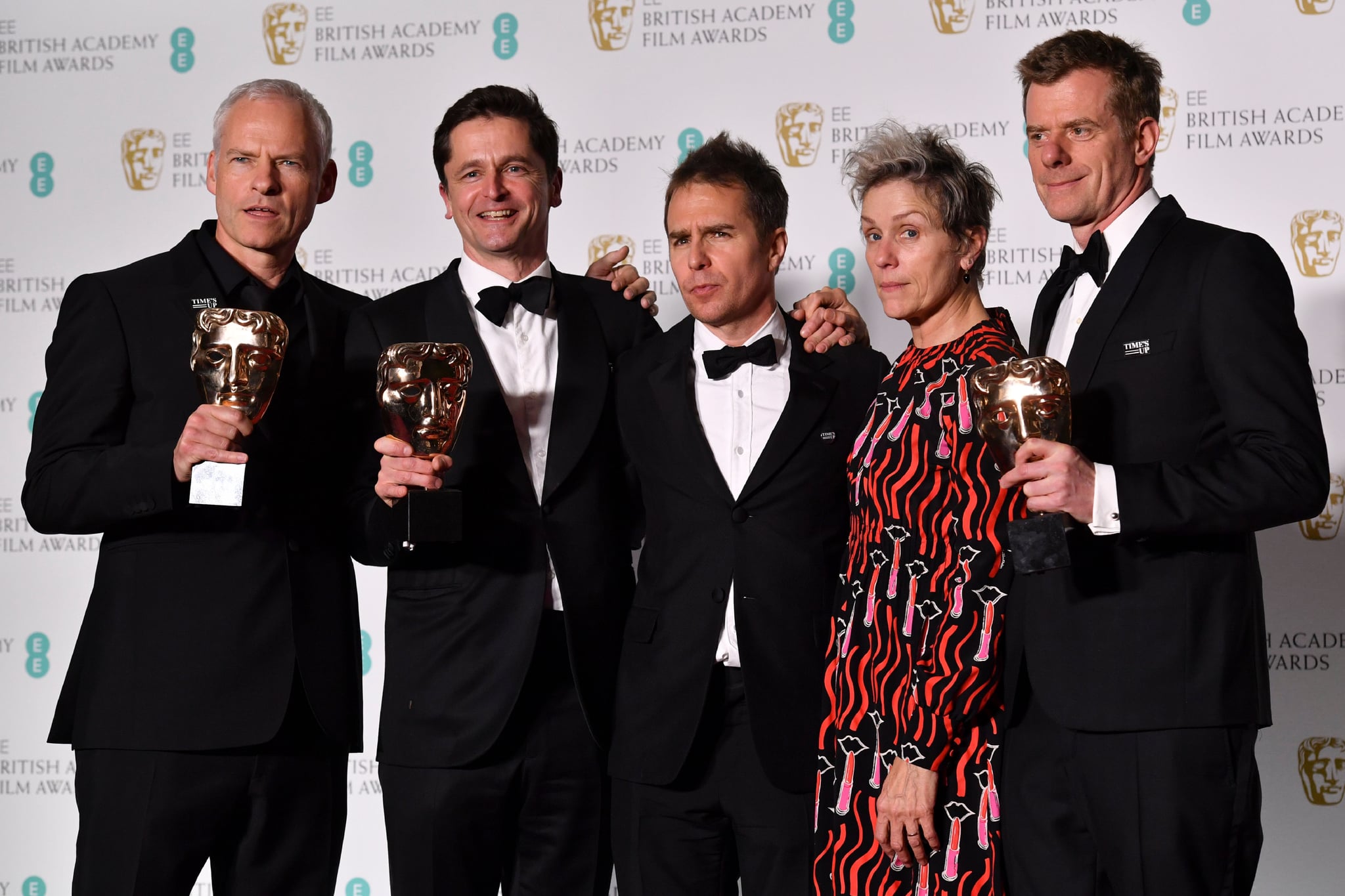 London will take centre stage during 2019 award season when the BAFTAs roll into town on Feb. 10. Luckily, you don't need to stand outside the Royal Albert Hall in the cold to catch a glimpse of your favourite stars, as the show will be broadcast on TV. If you're wondering "where can I watch the BAFTA Awards?" the answer is the good old Beeb. The ceremony will be broadcast on BBC One and BBC One HD, typically with a one-hour delay, so you can expect to be able to tune in for an edited version of the ceremony from around 9 p.m. until 11 p.m. The red carpet arrivals begin at around 5 p.m., and you can usually watch them live on BAFTA's social media sites, with highlights typically shown as part of the BBC programme. You'll also be able to find all the red carpet action here at POPSUGAR, as we'll be reporting live on the night.

Joanna Lumley is taking on host duties for the second year in a row, and Cirque de Soleil will perform a piece especially for the awards. Last year, Three Billboards Outside Ebbing Missouri was the big winner with five awards, and this year, British film The Favourite is top of the nominations with 12, including Olivia Colman's nod for best actress — she already scooped best actress in a comedy at the Golden Globes. However, lots of nominations don't necessarily translate into trophies — in 2018, The Shape of Water also led the nominations with 12 but only came away with three.

Once the glamour of the film BAFTAs is over, we still have the TV BAFTAs to look forward to in May, which also typically air on the BBC to watch from the comfort of your sofa, too.