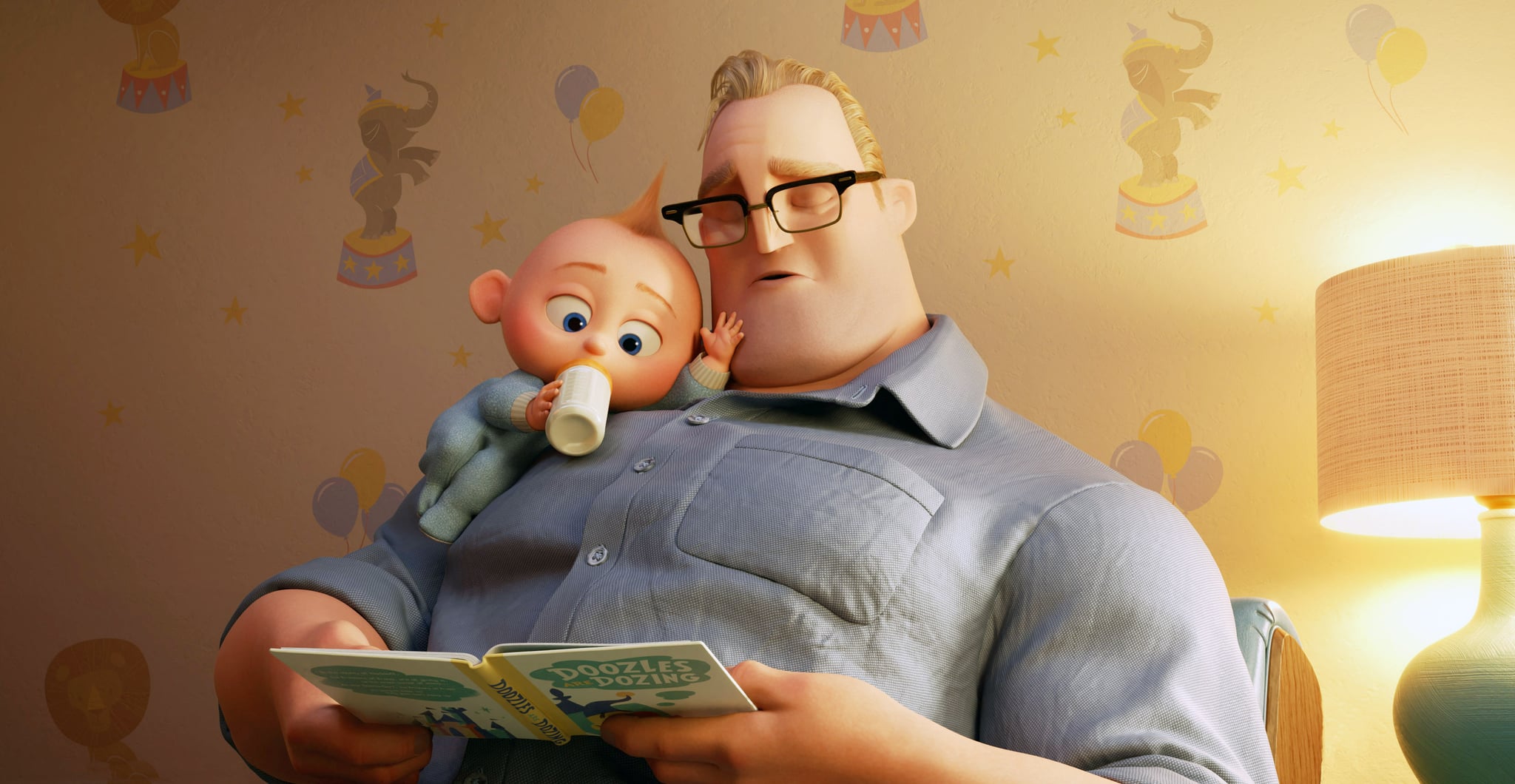 After waiting 14 years for a new film in the Incredibles franchise, fans can't help but wonder — will they get another movie in this lifetime? Well, the official answer is still up in the air, but director Brad Bird definitely isn't saying no. According to an interview with Entertainment Weekly, Bird discussed what propelled him to pursue Incredibles 2 in the first place and what he plans to do with plot ideas that didn't make it into the sequel.

The 2004 original, The Incredibles, left audiences with unanswered questions about the family's fate and Jack-Jack's powers, giving Bird more material and the perfect foundation on which to build the follow-up film. Now, over a decade later, Bird could have the same dilemma (or solution, depending on your perspective). After Pixar changed the release date of Incredibles 2, Bird had to scrap some of his original ideas for the movie, comparing the process to a scene from I Love Lucy.

"It's like the episode of I Love Lucy when she's got the candies piling up on the conveyor belt," Bird said. "This film was like that. They took a year off our schedule, so if an idea didn't work quickly, you had to just kill the darling and move onto the next. And I killed like a city full of darlings."

Related:
Here's What the Cast of Incredibles 2 Looks Like Next to Their Animated Characters

He had separate plans for the movies characters which had to be abandoned, including a completely different idea for a villain. The character "Screenslaver" was actually introduced late into the process, due to the film's shifted timeline. But while these "really good" characters and storyboards didn't make it into the sequel, Bird hasn't lost hope for them.

"You know, you never say never, because there might be an opportunity to use it. Maybe the idea shows up in a different film," Bird said. "There was an idea I had for an animated version of The Spirit that I ended up using in The Iron Giant. You never know how these things are going to get repurposed. There were a lot of ideas that we had on this film that could be [used] . . . whether it's another Incredibles film, or something else."

If the director needs any further encouragement to create a sequel, the cast of Incredibles 2 could certainly provide it. Samuel L. Jackson revealed he'd like to see a Frozone/Mr. Incredible origin story, and Sophia Bush, who plays Voyd, would be interested in seeing more fierce female power between her new hero and Violet Parr. Even producer John Walker "wouldn't ever rule it out," although if it takes another 14 years to become a reality, "a lot of people will probably need oxygen to make a third one."