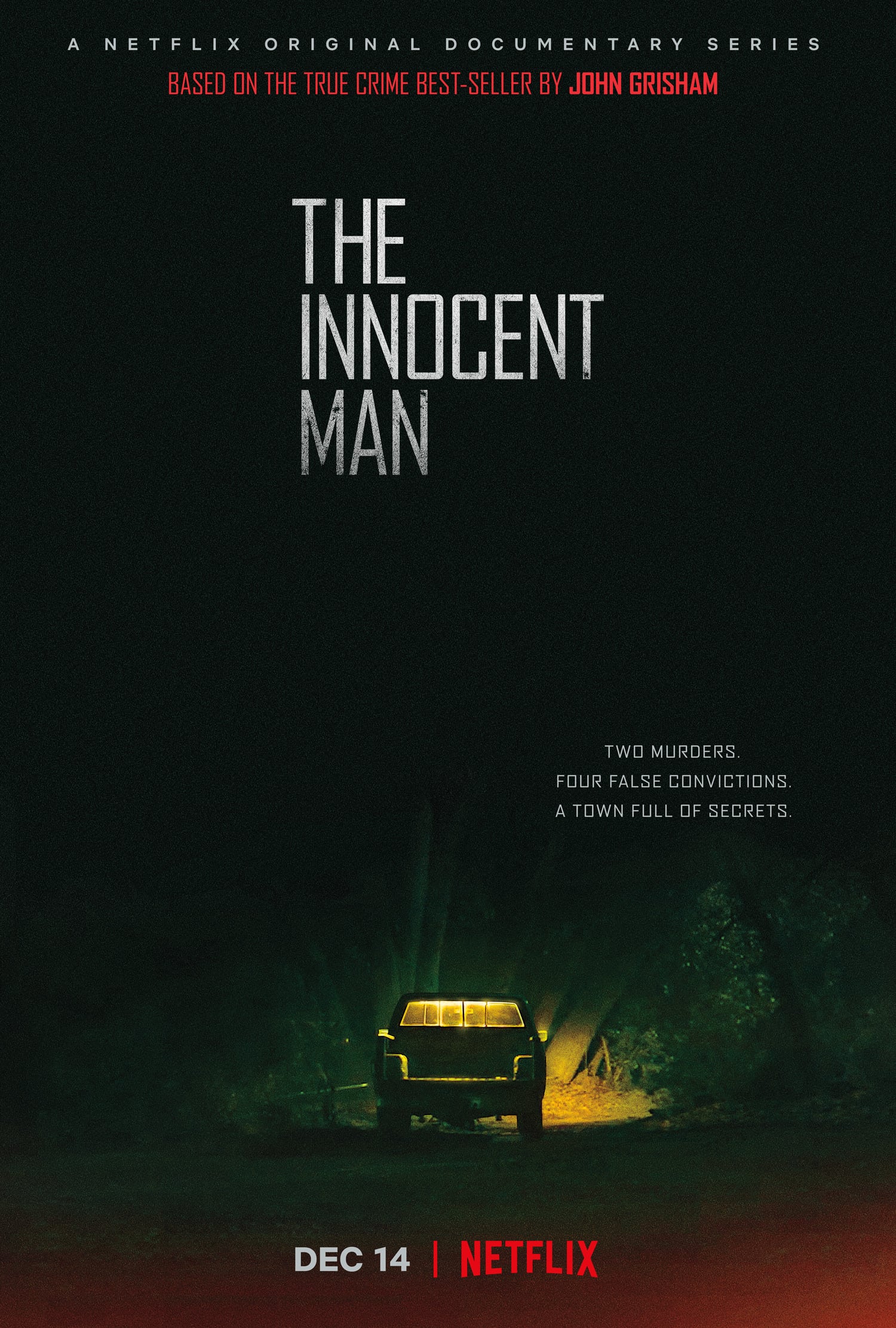 The popularity of shows like Making a Murderer and I Am a Killer prove that people can't help but be fascinated with all things true crime. Netflix is adding more fuel to the flames of this particular fascination with its new docuseries, The Innocent Man, based on John Grisham's 2006 nonfiction book, The Innocent Man: Murder and Injustice in a Small Town. The story follows two murders that rocked the small town of Ada, OK, in the 1980s, and the controversial chain of events that took place in their wake. The six-part documentary includes interviews with everyone involved on the case — including the victims' friends and families, other residents of Ada, Innocence Project co-director Barry Scheck, and Grisham, who also serves as an executive producer — with archival video and photos.

"As a filmmaker I often find that the best stories are the ones we tell ourselves, but what surprised me was the extent to which that idea also permeates the criminal justice system," Director Clay Tweel said. "By re-examining these old cases I hope that viewers will identify the biases involved, even their own."

Grisham added that the documentary is "ultimately just as heartbreaking as the book. Though I know the story well, I can't wait to watch it again."