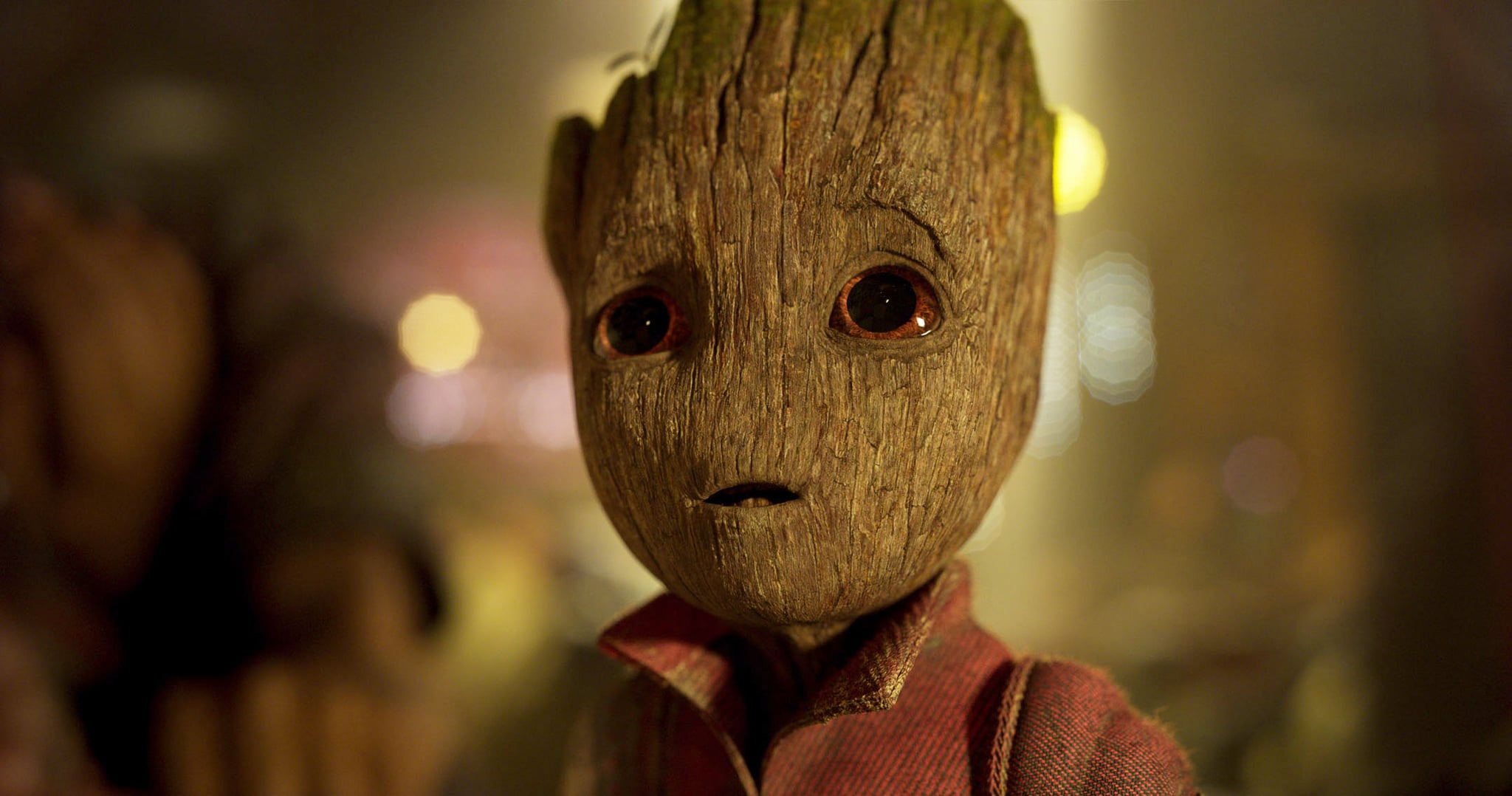 Groot is arguably the best part of either of the Guardians of the Galaxy films, whether he's full-grown or a few inches tall and wearing a little jumpsuit. He's adorable and we'd all lay down our lives for him, right? Well, everyone's devotion to Groot was put to the test on Tuesday night when someone tweeted out a devastating question: would you rather save baby Groot or a Star Wars Porg? It didn't take long before Guardians director himself James Gunn hopped in to point out that the choice was an "easy" one.

"Groot is not an animal! He's an advanced lifeform! It's easy!" he tweeted, before pointing out that Porgs are basically just "penguins" and "big-eyed pigeons." But what about the fact Groot dies at the end of the first film, but then grows back? A fan said as much to Gunn, who responded with a life-altering fact about Groot that might simultaneously sadden and horrify you:

First Groot is dead. Baby Groot is his son.

So you mean to tell me . . . we never even properly mourned the first Groot? Heartbreaking. People were in such disbelief that it didn't take long before someone accused Gunn of making up "non-canon bullsh*t," à la J.K. Rowling.

Gunn fired back that it was actually "canon AF," and further explained why we should've realised the two Groots were totally different.

He doesn't have adult Groot's memories for one. Adult Groot would know what button to push!

Hold the Groot in your life a little closer tonight, everyone.