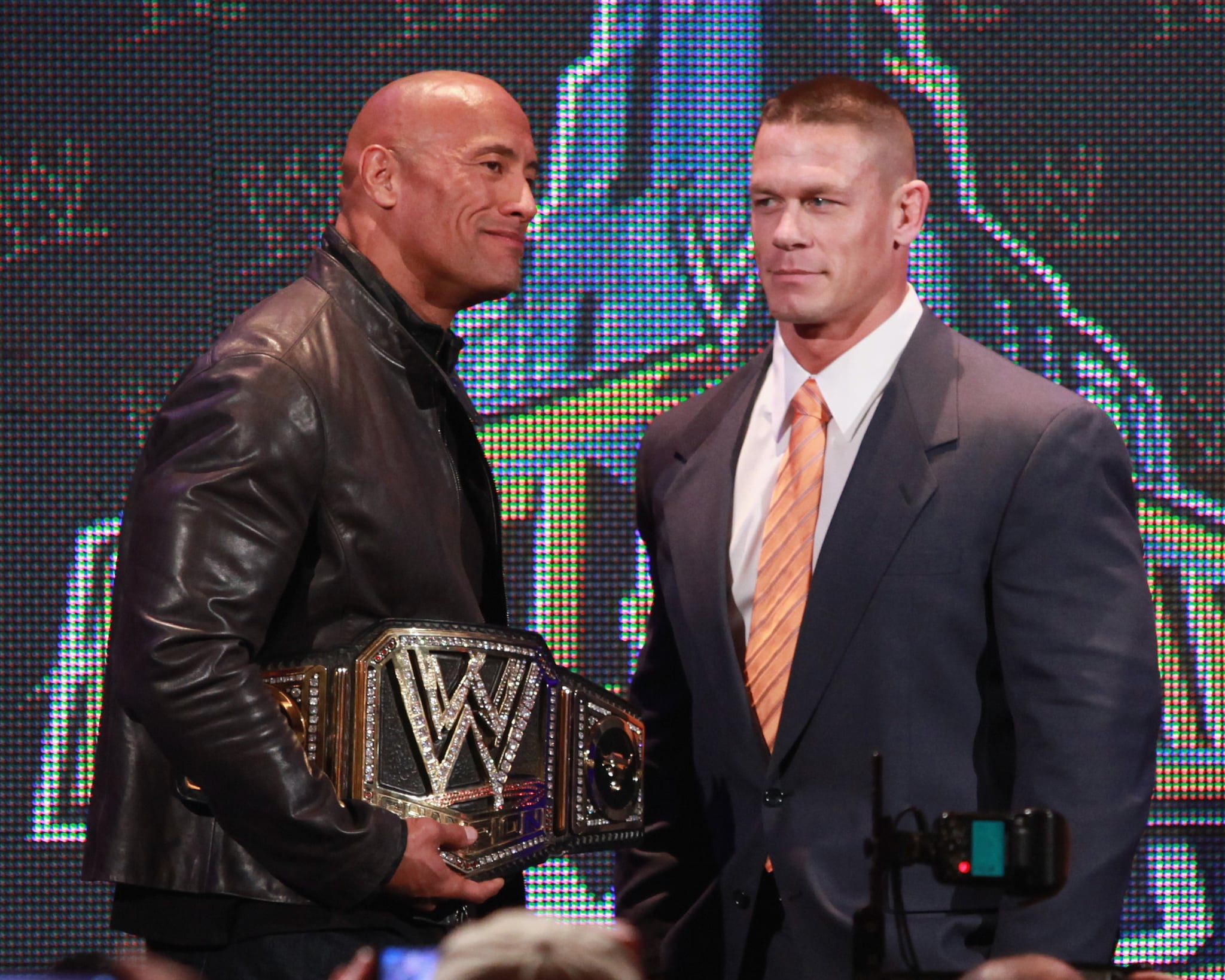 Longtime friends (and one-time frenemies) Dwayne Johnson and John Cena are working together on the big screen. On Monday, Johnson revealed that he has cast Cena in the lead role in his upcoming film The Janson Directive. "Found my star!" he announced via Twitter. "Been a long time coming and congrats to my good bud John Cena." He also added, "And if you screw up, I'm layin' the smackdown on ya."

Found my star! Been a long time coming and congrats to my good bud @JohnCena on landing the lead role for our film, THE JANSON DIRECTIVE. And if you screw up, I’m layin’ the smackdown on ya 😉💪🏾 Lets work hard and make a good one. @SevenBucksProd https://t.co/pfYKbBGHAa

The action thriller is based on a book of the same name by Robert Ludlum, and was originally set to star Johnson. While he won't have a role in the movie, Johnson will instead produce the project with Seven Bucks, the company he founded with ex-wife Dany Garcia. Johnson and Cena certainly have history: as two WWE wrestlers turned Hollywood actors, the men had a falling out that stemmed from comments made by Cena, but apparently now it's all water under the bridge. They individually made that clear in separate sit-downs with Jimmy Kimmel earlier this month.

In a recent interview with EW, Cena also said that he would "absolutely love" to work with Johnson, calling it a "dream" opportunity. We can't wait to hear more about the movie and hopefully see these two on set together!