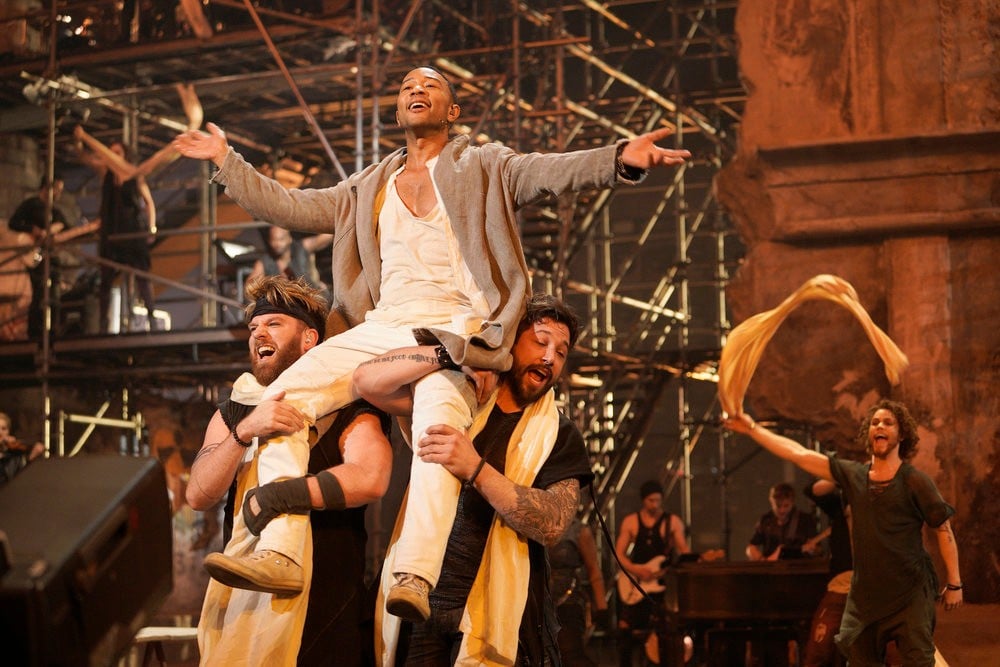 Did you kneel at the altar of NBC's Jesus Christ Superstar Live in Concert on Sunday night? Even if you didn't get a chance to watch the network's latest live musical — NBC previously put on The Sound of Music Live! and The Wiz Live! — the good folks on Twitter had more than enough opinions to spare. While it seems pretty much everyone was enchanted with Sara Bareilles's performance of "I Don't Know How to Love Him," they also couldn't get enough of the man himself, played by John Legend (personally, we're still obsessing over his performance of "Gethsemane"). Take a look at the best tweets about Jesus Christ Superstar Live below — the good, the bad, and the holy.