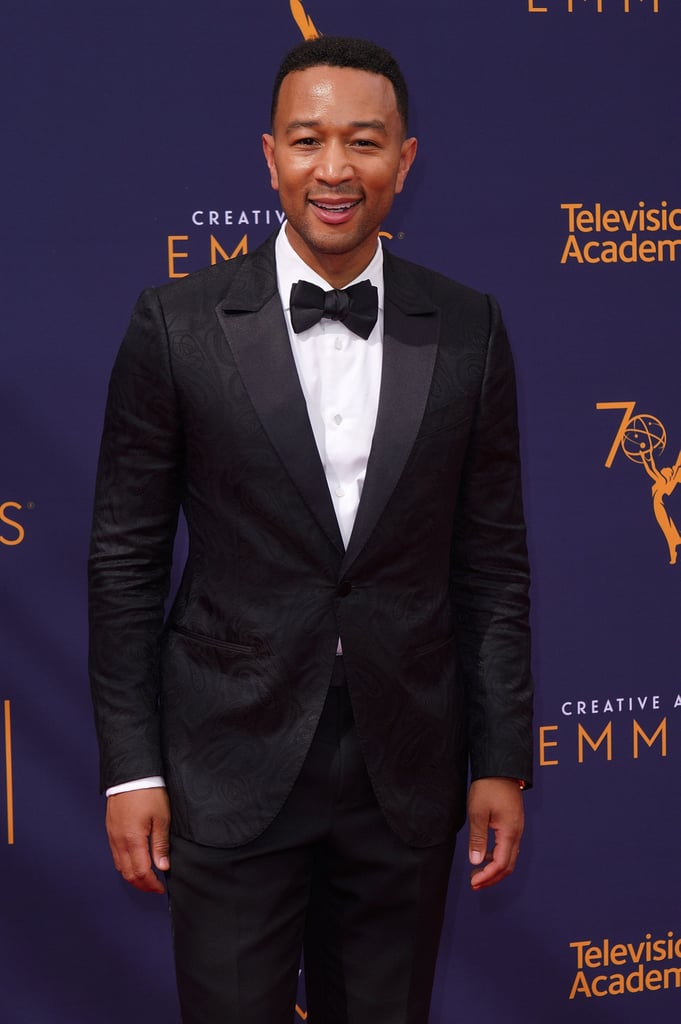 At the 2018 Creative Arts Emmy Awards on Sept. 9, John Legend officially achieved EGOT status. The 39-year-old singer won an award for Outstanding Variety Special for Jesus Christ Superstar Live!, which he co-produced. Legend's starring role in the televised musical also earned him a nomination for Outstanding Lead Actor in a Limited Series or Movie, which will be announced at the Primetime Emmy Awards on Sept. 17.

Legend's wife, Chrissy Teigen, was in attendance and cheering him on. Prior to his big win,
Teigen tweeted, "If Jesus Christ Superstar wins, john will have his EGOT. And I will make an even uglier cry face," alluding to her now famous expression at the 2015 Golden Globes.

Throughout his prolific career, Legend has received ten Grammys, a Tony for co-producing Jitney in 2017, and an Oscar for his song "Glory," which appeared in 2014's Selma. He is one of the youngest to join the exclusive club. Frozen and Coco songwriter Robert Lopez previously became the youngest-ever EGOT winner in 2014 when he was 39, Legend's same age.