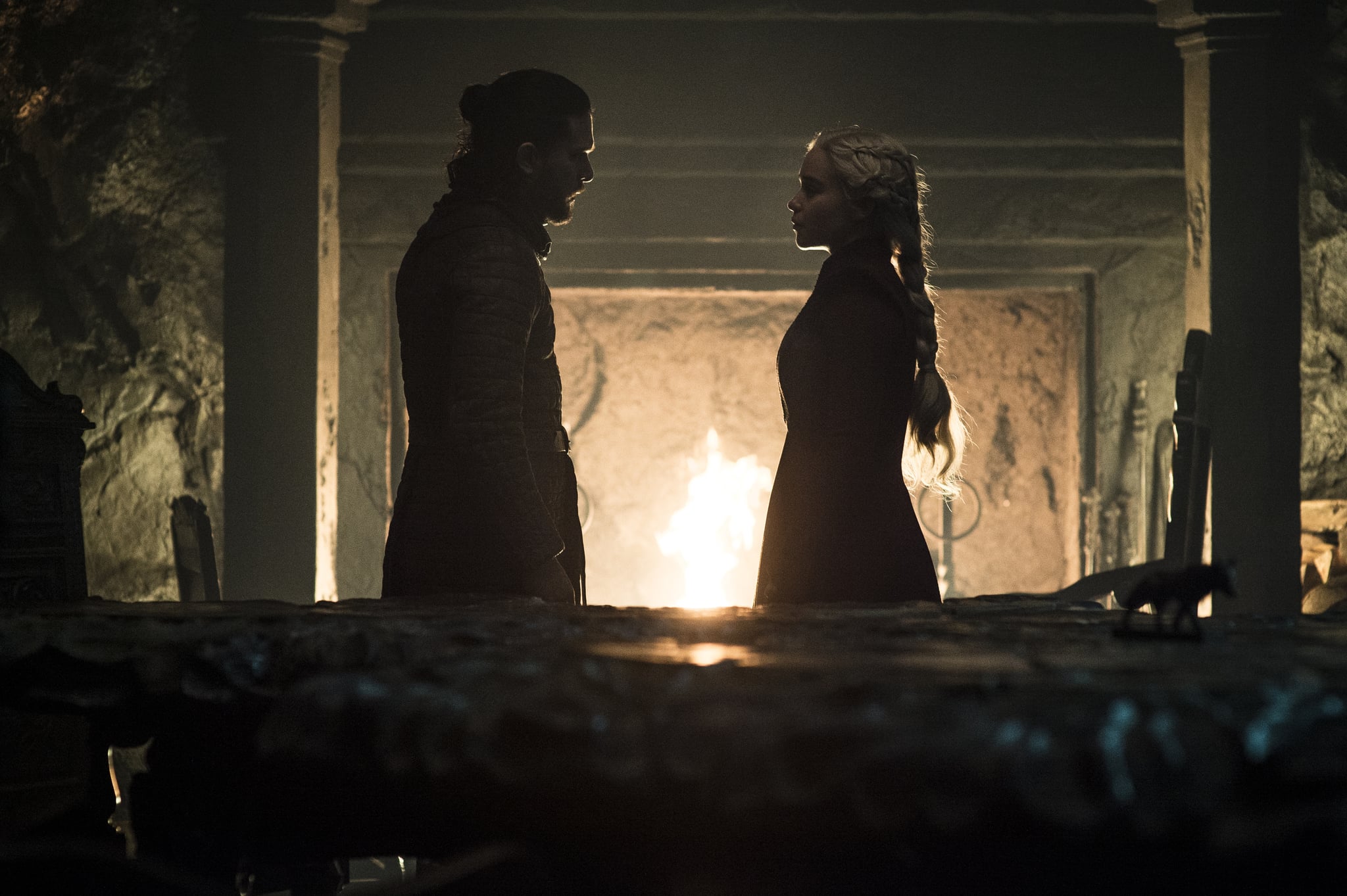 Warning: Massive spoilers for the Game of Thrones series finale ahead!

If there's one thing we've learned from eight seasons of Game of Thrones, it's that prophecies are rarely what they seem. For years, we've obsessed over Cersei's prophecy as much as Cersei obsessed over it herself, only to discover that parts of it only came true in the technical sense, not the direct way we all expected. By the end of the series, that seems to be the case with the show's other defining prophecy: the Azor Ahai prophecy, declaring how a legendary hero would return to end a terrible darkness. The show never spells out who the Prince That Was Promised actually is — or if they exist at all — but one theory suggests that the finale's biggest moment gives us an answer.

To recap, the Azor Ahai prophecy claims that, in a time of terrible darkness, a hero will emerge to defeat evil and bring light to the world. George R.R. Martin's A Song of Ice and Fire novels specify some details:

"There will come a day after a long summer when the stars bleed and the cold breath of darkness falls heavy on the world. In this dread hour a warrior shall draw from the fire a burning sword. And that sword shall be Lightbringer, the Red Sword of Heroes, and he who clasps it shall be Azor Ahai come again, and the darkness shall flee before him." The priestess Melisandre also adds another element to the prophecy: "When the red star bleeds and the darkness gathers, Azor Ahai shall be born again amidst smoke and salt to wake dragons out of stone."

For a while, the assumption seemed to be that the Night King was the embodiment of darkness, and the person who would kill the Night King would be Azor Ahai; Jon and Dany seemed to be the likeliest candidates, given how both of their stories seemed to symbolically fit Melisandre's description of Azor Ahai's birth or rebirth. But then Arya Stark, who doesn't fit any of the other criteria, tricked everyone and destroyed the Night King with a dragonglass dagger and a neat hand-switching trick.

It was around this point that fans began to suspect that the Night King wasn't the "darkness" mentioned in the prophecy and thus that Azor Ahai was still up for debate. Reddit user UrFavouriteNobody suggested, "What if the Night King was never the one to bring true darkness to the realm. What if Jon snow is still the Prince that was promised and will still fulfil the prophecy of Azor Ahai by plunging his sword into the true bringer of darkness. Daenerys Targaryen?!?"

Turns out, that just might have been the right theory after all. In the series finale, after realising how violent Dany has become and how even his own family may never be safe from her, Jon plunges a dagger into Dany's chest, killing her in front of the Iron Throne she's fought so hard to get to. This comes right on the heels of Dany's destruction of King's Landing, one of the "darkest" moments in the entire series.

Although he's not using an actual sword, the manner of Jon stabbing Dany actually does line up with the Azor Ahai legend. In that legend, the hero forged his sword Lightbringer, he imbued it with mystical power by plunging it into the heart of his beloved wife Nissa Nissa, telling her he loved her more than anything as he did so. This directly parallels how Jon kills Dany: telling her, "You are my queen, now and always," and kissing her just before he kills her.

In the final moments of the series, as Jon returns to the Night's Watch and leads the people of the far North beyond the Wall, the camera lingers on a blade of grass peeping up through the blanket of snow. It would seem that the long, dark winter is over, and light and Spring are on their way again.