The Jonas Brothers are really playing with my emotions this year. After making me revert to my teenage self over their reunion, play their new music on repeat, and freak out over their upcoming tour, it's pretty clear that their upcoming Amazon documentary, Chasing Happiness, will officially destroy me. On Thursday, the brothers unveiled the very first trailer for the film, and it's every bit as emotional as you would expect.

In addition to recounting their incredible rise to fame, they also delve into their shocking breakup in 2013. "There were moments I thought, they'll never speak to me again," Nick says about telling his brothers he wanted to disband the group. "What hurt the most was that it came from Nick," Joe says with tears in his eyes. "He is my best friend."

Of course, the story does have a happy ending. After taking time to reconnect with each other, the brothers were able to develop an even closer relationship and eventually create music together again. Fittingly, Chasing Happiness will be available on Amazon Prime on June 4, shortly before the release of their anticipated new album, Happiness Begins. *Sobs* See the emotional trailer above!

ADVERTISEMENT
MoviesJonas Brothers
Around The Web

Award Season
Real Talk: Why Didn't Anyone Tell Nick Jonas He Had Spinach in His Teeth at the Grammys?
by Perri Konecky 16 hours ago 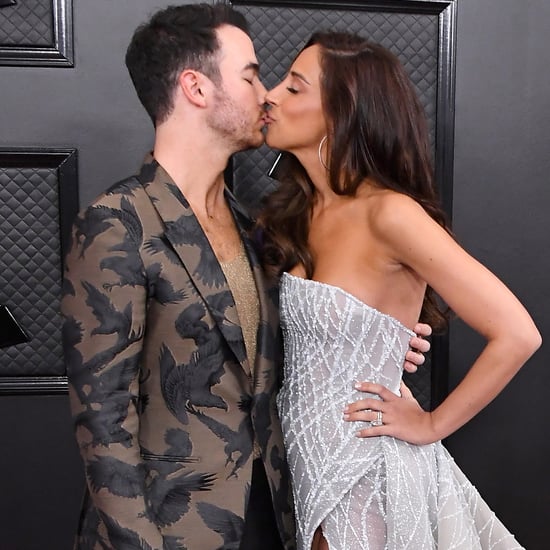 Musicals
Grool! Tina Fey's Mean Girls: The Musical Is Being Turned Into a Movie
by Chanel Vargas 3 days ago