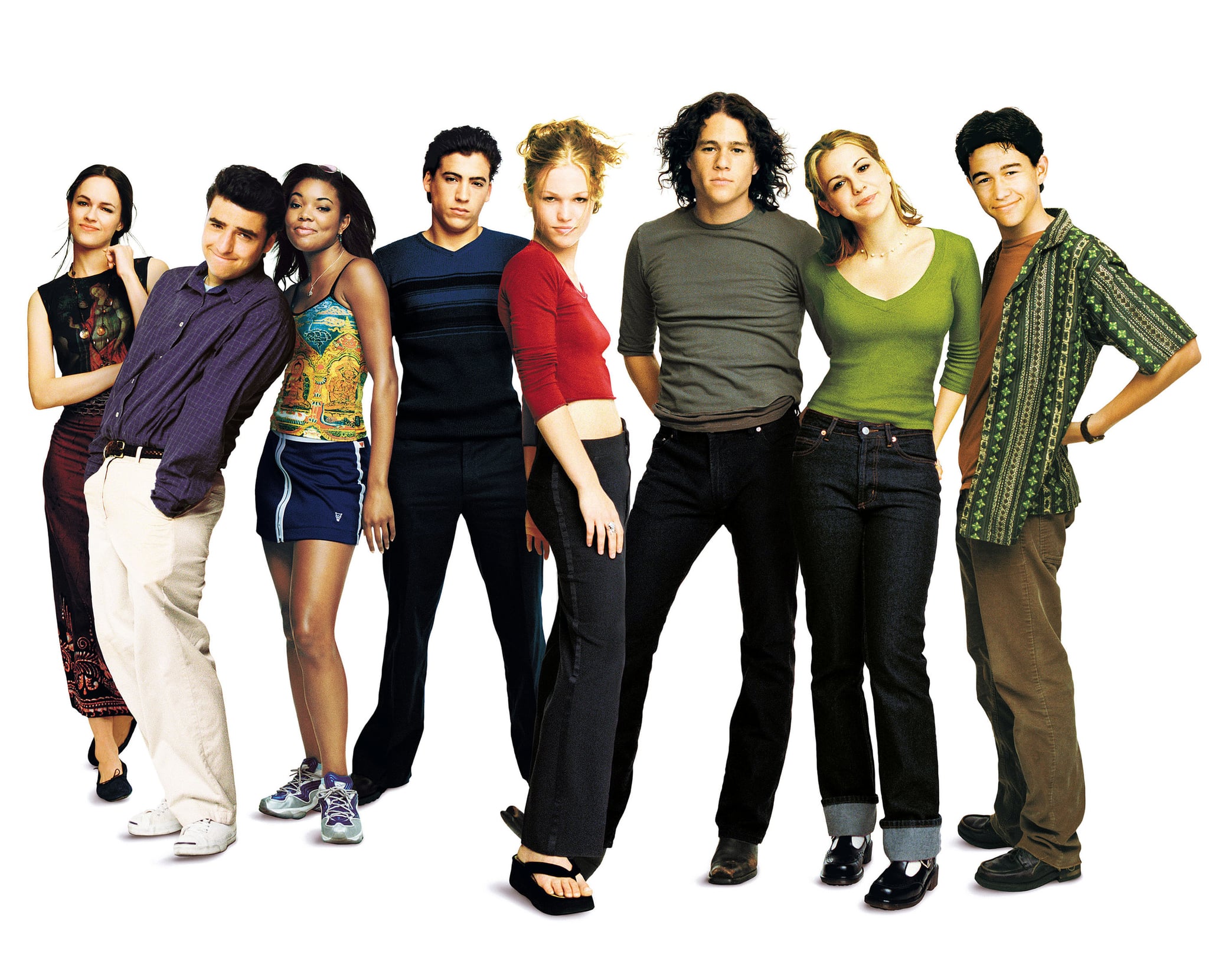 Can you believe it's been 20 years since 10 Things I Hate About You hit theatres? The 1999 teen rom-com, loosely based on Shakespeare's play The Taming of the Shrew, celebrated its anniversary over the weekend, and it still holds a special place in my heart. I hope you know, I think about Heath Ledger's rendition of "Can't Take My Eyes Off of You" at least once a week — I'm not exaggerating.

The film stars Julia Styles, Larisa Oleynik, Gabrielle Union, Joseph Gordon-Levitt, David Krumholtz, and the late Ledger as high school leads, and gave fans some of the most quotable lines in teen movie history. On Saturday, Levitt (who played Cameron James) shared a special message on Instagram to commemorate the movie's anniversary. "10 Things I Hate About You came out 20 years ago today," he wrote. "What a special Summer it was making that movie with such wonderful people." Aww! I hope he spent the day dancing on bleachers and faking French.