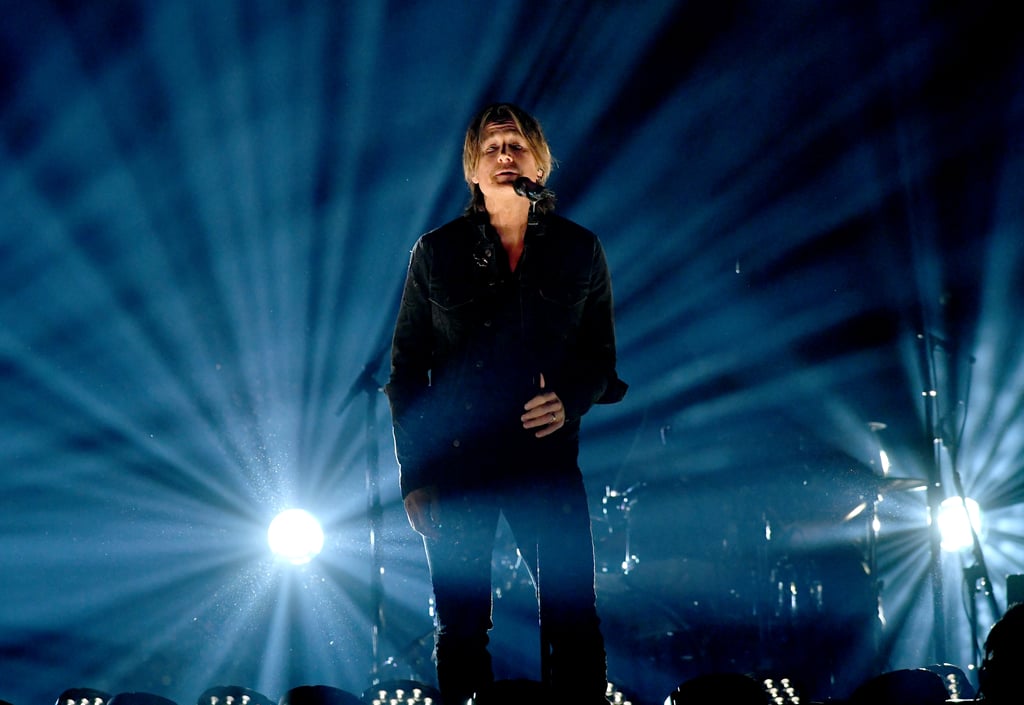 Little Big Town took the stage at the Academy of Country Music Awards on Sunday night to introduce Keith Urban's latest performance at the annual event, where they noted that the superstar was "stopped in his tracks" and deeply moved the first time he heard the song he was about to perform, "Burden." He wasn't even halfway through his performance before it was made abundantly clear why.

Urban's rendition of the touching song was nothing short of powerful, singing lyrics like "I could carry your burden," and "Come to me, my brother, and I will sit with you a while / Pretty soon I'll see you smile and you know you will." As usual Urban had the audience deep in their emotions, including wife Nicole Kidman, who cheered him on from the front row.

Watch a clip from the 51-year-old country star's performance ahead, and then keep scrolling to see more choice moments from Urban's big night!