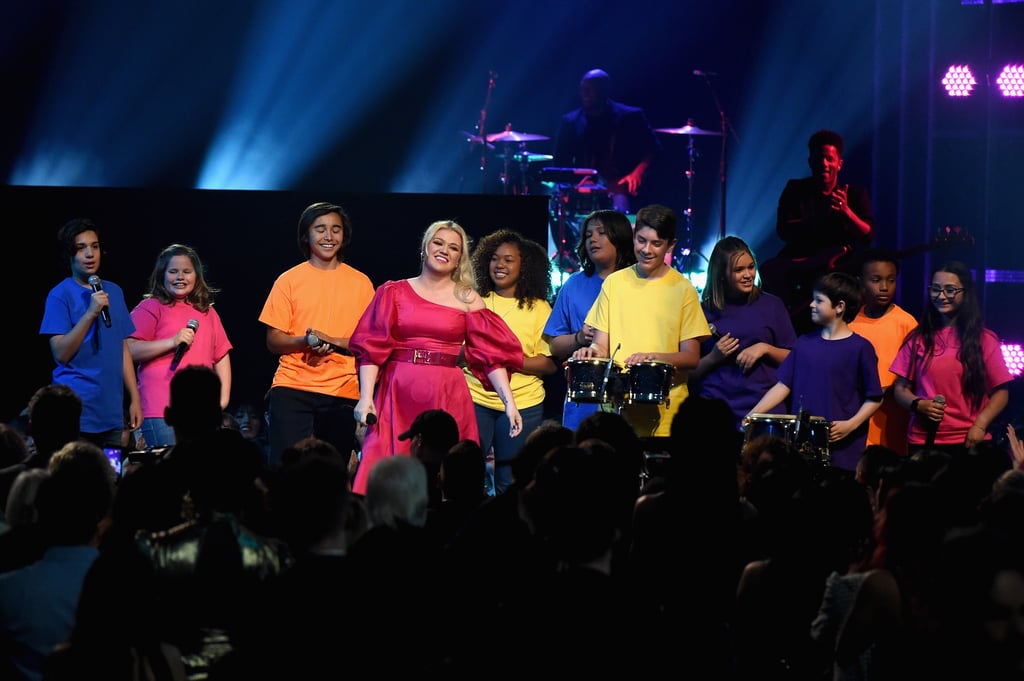 Kelly Clarkson’s BBMAs Performance Was So Beautiful, Celebrities in the Audience Were Crying

Kelly Clarkson can truly do it all, y'all. Not only was she acting as host on Wednesday night during the Billboard Music Awards (for the second time, no less), but she also performed a pretty incredible medley of some of the biggest chart toppers. And then — because we must've done something good in a past life — she took the stage again to belt out her stunning new song, "Broken & Beautiful."

The uplifting track is off of the soundtrack from the new animated film Uglydolls, in which Clarkson stars as Moxy, an "UglyDoll" who confronts what it means to be different and why it's what's on the inside that counts. Not long into the song Clarkson was joined by a youth choir who helped her sing lyrics like "I'm phenomenal and I'm enough / I don't need you to tell me who to be / Can someone just hold me? / Don't fix me, don't try to change a thing."

Fortunately we weren't the only ones who were brought to (happy) tears — at the end of her performance, This Is Us star Chrissy Metz could be seen in the audience tearing up and appearing to say "I can't" (same, girl). Watch Clarkson's performance ahead, and then keep scrolling to see more photos!