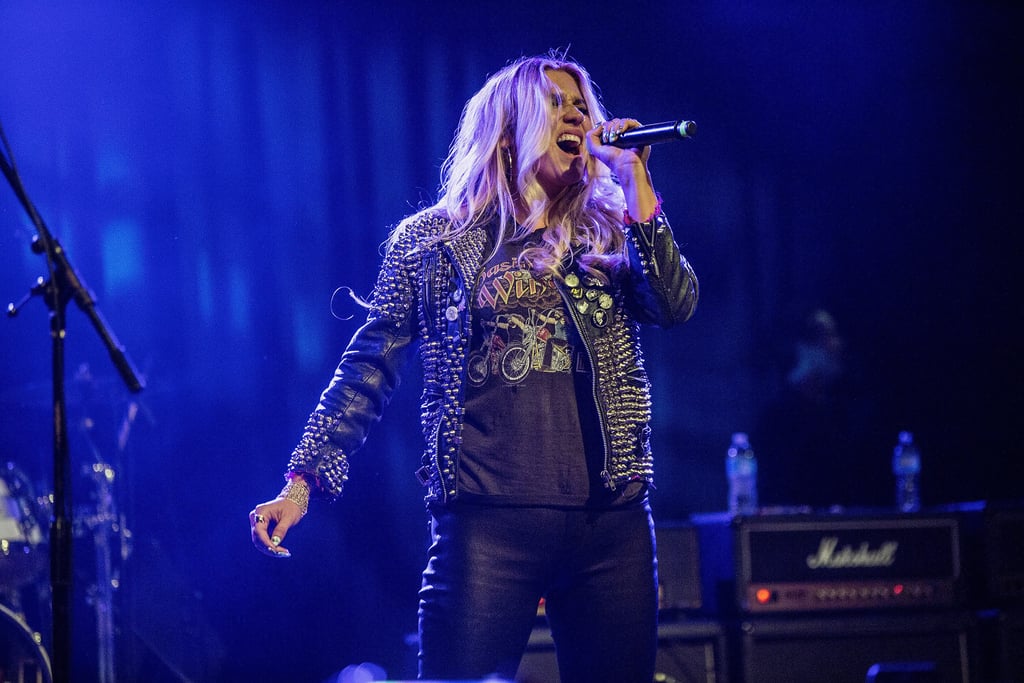 Kesha's devoted fans had her back when she struggled to finish belting out the lyrics to a song during a concert. The 31-year-old artist was performing at Riverbend Music Centre in Cincinnati for her joint tour with Macklemore when she treated the crowd to a powerful rendition of her Grammy-nominated single, "Praying." She stepped up to her golden microphone and said, "This one's for anybody out there who needs it," before launching into the deeply personal ballad, which focuses on her battle with depression and heartbreaking legal battle against record producer Dr. Luke.

About three minutes into the performance, Kesha was brought to tears after noticing that a handful of fans near the front row were holding up rainbow-coloured paper hearts that read "thank you" and other supportive words of encouragement. Though the singer tried to finish singing the chorus's lyrics, she was too choked up to do so and ultimately let her fans do the singing for her. Watch the chills-worthy moment unfold in the fan videos below, and then read through the outpouring of support she's received on Twitter since her mid-concert breakdown.

Previous Next Start Slideshow
Music ToursViral VideosKeshaMusic
Around The Web