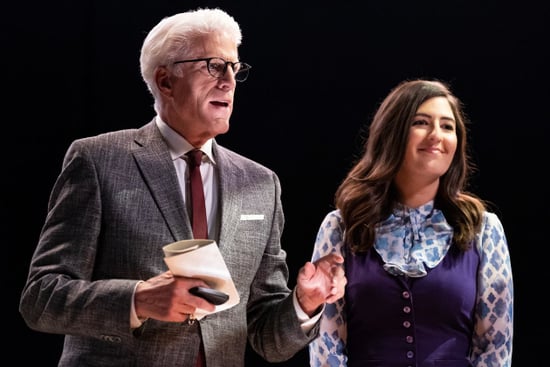 If you, like me, have been nostalgically licking your froyo spoons or sadly staring into your clam chowder bowls thinking of The Good Place, it's time to rejoice because the goofy philosophical show is finally back on the air! The humans have found their ways to each other, Michael and Janet are fervently tracking their progress, and the Judge is, well, binge-watching NCIS. The third season has only started, but we already have a potential mystery on our hands involving a key marked "Do Not Duplicate."

Here's how the key enters the picture.

The recent premiere opens with Michael at a doorman's desk showing his papers to get to Earth and save the humans. The reformed demon asks if he should take the key with a frog keychain on the desk. Defencively, the guard claims that the key is made from the first atoms of the universe and that only he can touch it. He also says that it can't be duplicated, pointing at how the print on it reads "Do Not Duplicate." After handing Michael a key fob, the doorman also offhandedly mentions that Michael has to be alone when he returns to the portal. Very ominous indeed, no?

Will the key be duplicated?

So why the fork would the writers bring up this key? Reddit user mistac87 posited the theory that the key will become significant later, specifically that it may be duplicated and that someone from Earth may be able to get through the door with it. It's a feasible idea. Now that they're all together, the humans could eventually realise that the same man (Michael) has been rescuing them and giving them advice. They'd have legitimate reasons to be suspicious and follow Michael back into the portal if he makes another round trip to Earth.

But the key may not fall into human hands at all. Now that Trevor the demon is coming after the humans, Michael and Janet will likely return to Earth to help their friends. Their new strategy may involve retrieving the key from the guard illicitly since Michael's already gone to Earth more times than he should have. Or, Trevor himself could swipe the key to put his evil plan into action.

Or is it just part of the joke?

Of course, this could all be too obvious and convenient to have any significance. As Reddit users FightingOreo and funwiththoughts contend, it may just be a light joke, a red herring if you will. A "Do Not Duplicate" engraving is just some writing. It doesn't mean that you can't physically copy the key — that's the joke. To be fair, the show is notorious for its never-ending gags and one-liners.

Is this a harmless key with a cute frog keychain? Or is it something more? After all of the twists and turns that The Good Place has thrown at us, we can't help but think it's the latter. Guess we'll just have to tune in to see what the fork is going to happen!