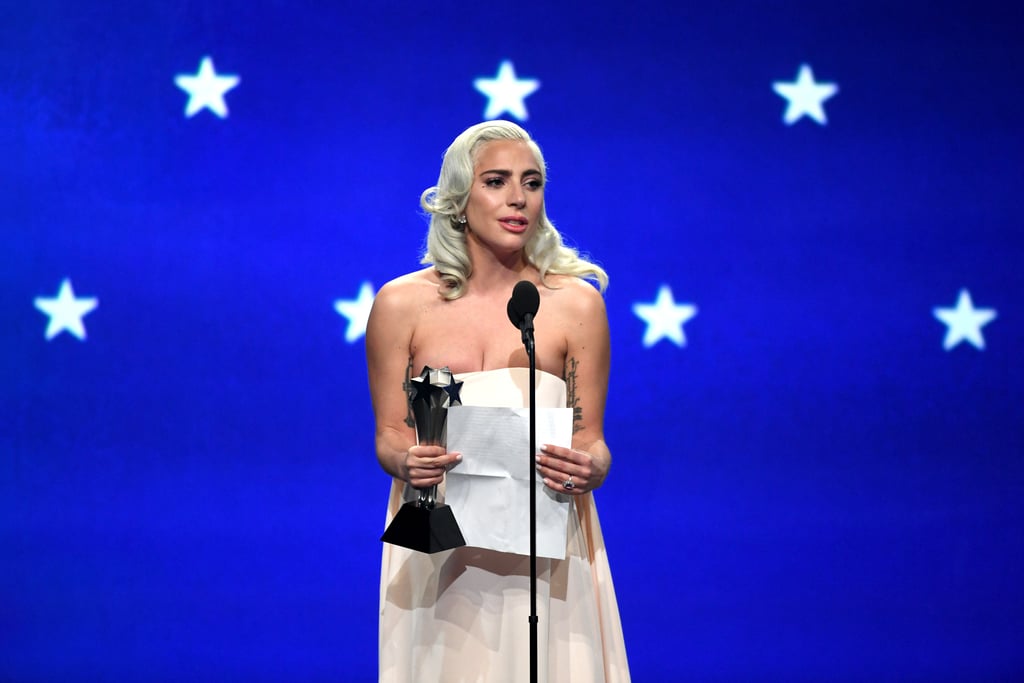 Did you realise that it was possible for two actors to tie at the Critics' Choice Awards? Hopefully you do by now, since the event featured not one, but two instances of a tie in best actress categories. The first was for best actress in a movie made for television or limited series, which saw Amy Adams and Patricia Arquette both winning. The second was for best actress in a film, which went to both Glenn Close for The Wife, and Lady Gaga for A Star Is Born. Close, as usual, delivered an incredible speech, but Gaga's is the one that had the audience weeping into their champagne.

"I went to places in my mind and in my heart that I did not know existed, or that I could. Thank you so much to the BFCA, this is a tremendous honour. I feel recognised not just for my performance, but for the inner work it took in the creation of this character," she said through sobs, before acknowledging her A Star Is Born costar and director, Bradley Cooper. "Bradley, you are a magical filmmaker. You are just as magical of a human being. I've never had an experience with a director or an actor like I had with you. I will cherish it forever. You were seamlessly both the love of my life, and the man behind the camera."

The 32-year-old, who won earlier in the night for best song, went on to note that playing Ally in the movie was "one of the hardest things" she's ever done. "I was able to be vulnerable in a way I never had before because of that love, and that trust . . . The true star of the film is not me — it's bravery and perseverance. Thank you, I love you."

Watch Gaga's wonderful speech ahead, and then keep scrolling to see the best photo moments from her big win.