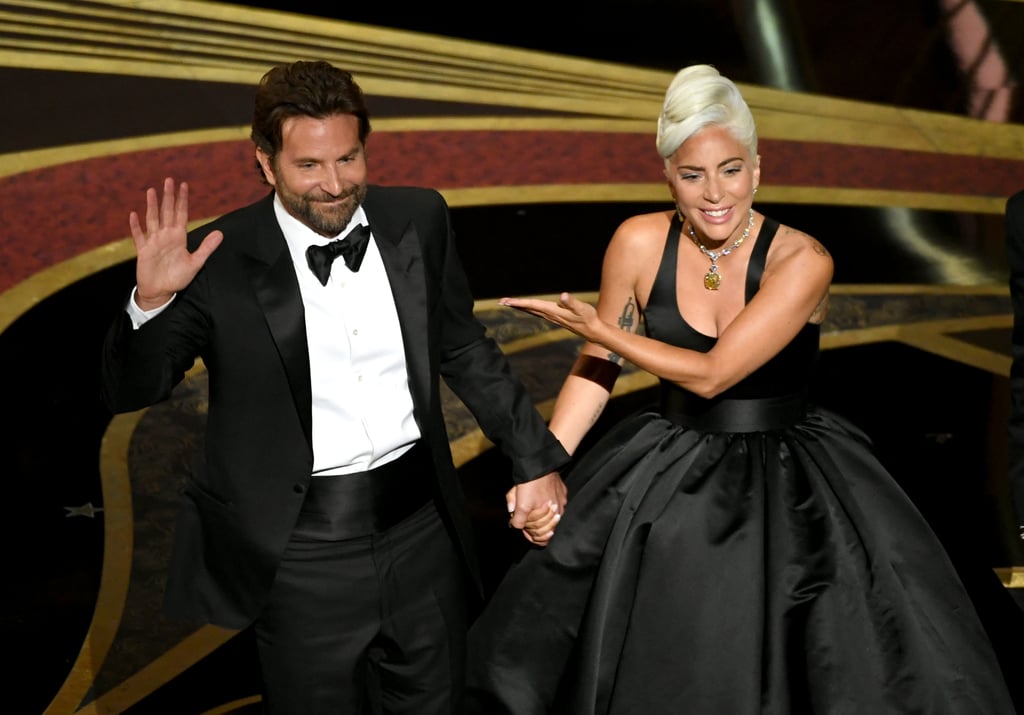 Well, A Star Is Born fans, it finally happened: Lady Gaga and Bradley Cooper belted out "Shallow" at the Oscars. As expected, it was absolutely stunning.

The pair, who each hit the red carpet looking as glamorous as ever, took to the stage at the 91st annual award show to perform the Oscar-nominated song that has been stuck in everyone's head (including fellow A-listers) since their musical drama premiered back in October. They held hands as they made their way out of the audience and directly onto the stage for a stripped-down version of the hit, which ended with a swoon-worthy glance between the two of them. Somehow it was even better than the surprise rendition of the emotional tune they performed at Gaga's Vegas residency in January.

Gaga and Cooper weren't the only ones to perform at the host-less event, either — most of the other best song nominees were performed live as well, by everyone from Jennifer Hudson to Bette Midler. Once you've been sufficiently wowed by all of the musical moments from Sunday night, check out every award "Shallow" has already taken home over the last few months, and keep scrolling to watch Cooper and Gaga's performance!