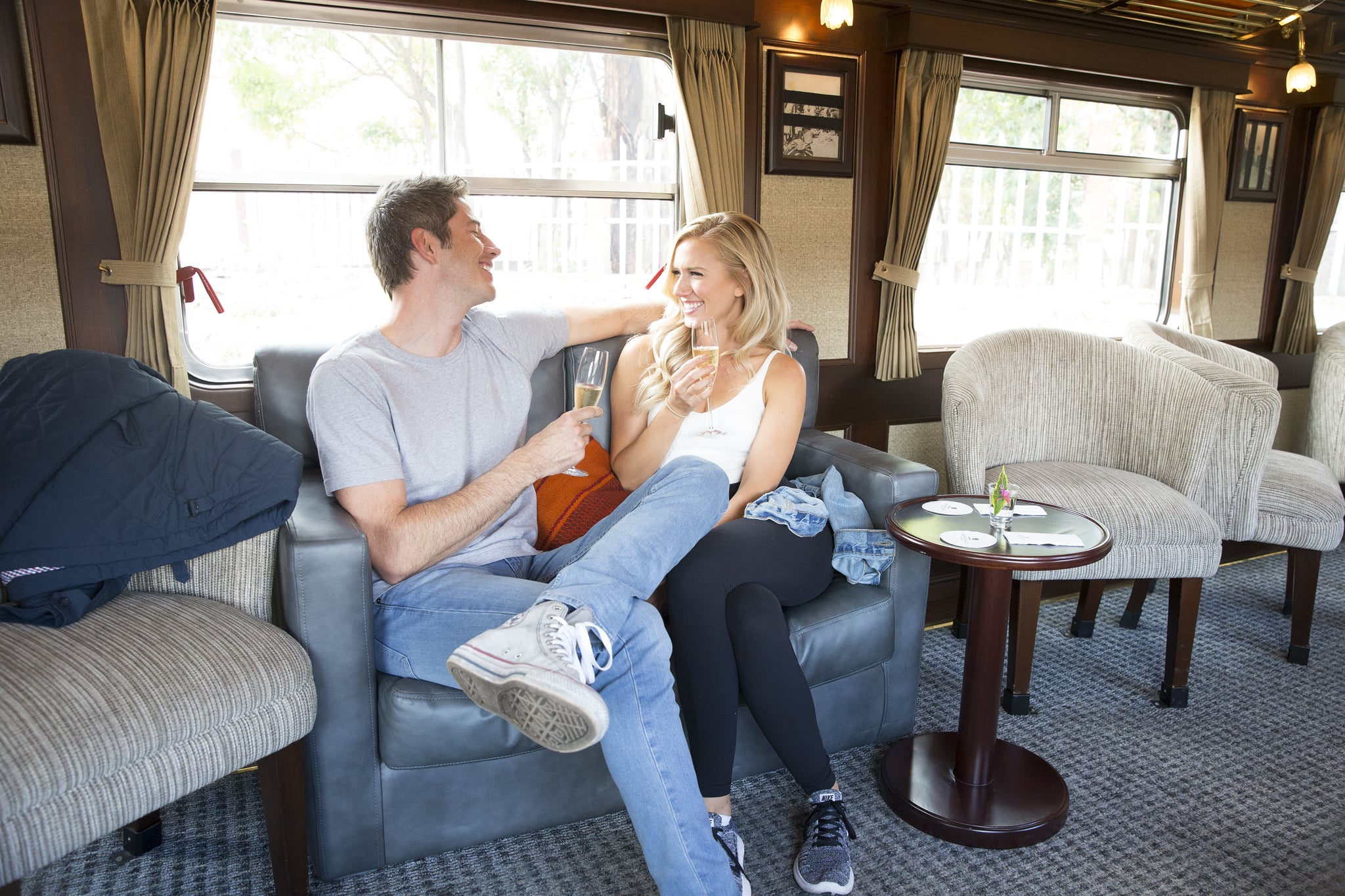 Well, well, well, Bachelor Nation, we've got quite the bumpy road ahead. It looks like Chris Harrison has finally delivered on his promise that this season of The Bachelor would end in a way no season has ended before, and we're all buckled up and ready for the drama. Arie Luyendyk Jr. shocked the world when he broke up with the charming Becca Kufrin on live TV after proposing to her in Peru just weeks earlier. While the franchise veteran basically had every single viewer screaming and throwing chocolate at the TV a la Elle Woods after her breakup with Warner, Bachelor fans will soon find out if Arie's epiphany about his feelings for Lauren ended with another proposal.

Despite the snooze-worthy conversations between front-runner Lauren and the 36-year-old race car driver, the Luyendyk family and even Arie himself were smitten by the Virginia Beach woman — so smitten, in fact, that weeks after his televised engagement to Becca, Arie doubted his decision and called the camera crew to pack their bags and get ready to film his breakup. Ice cold, Arie, ice cold.

While some fans have been sending Becca money on Venmo for some much-needed wine, others are wondering about the status of that gorgeous engagement ring, but the most important question of all is what will happen with Arie and Lauren? Alexa, call my BFF Neil Lane. Only time will tell if Arie dishes out engagement rings as frequently as he says "I love you."

Related:
Exactly What Went Down on the Most Uncomfortable Bachelor Finale in History

The second part of the emotional finale will air Tuesday night on After the Final Rose, and we'll find out exactly what went down after Arie finally left the crime scene of Becca's broken heart. Back in January, Bachelor brainiac Reality Steve reported that the two had reconciled, and we're assuming Arie "loved that."

"Arie ended his engagement with Becca a little over a week ago and is now dating Lauren," he wrote after someone spotted crew vans outside of Lauren's parents' house in Virginia. The blogger more recently reported that there was an engagement between Arie and Lauren after he received a tip that there was a "set up happening in the early evening at the Monarch Bay Resort in Dana Point, the same place where Tanner & Jade had their wedding." While he couldn't officially confirm the engagement, he wrote that he heard there was a film crew and whispers of a "Bachelor proposal."

Arie, man, you suck. Check out some tweets from fans who most definitely have some feelings about the possibility of yet another Neil Lane rock.

Arie: Would it be possible to be engaged to both women at the same time?

*Arie all season long, asking every woman if they're ready to be engaged*

Arie: I know we are engaged but I want to see if me and this other chick could work out
What Becca should have done:#Bachelor pic.twitter.com/naX21SB8f4

ARIE: "The more I hung out with you the more I was losing the possibility of reconciling things with Lauren." ARIE YOU WERE ENGAGED TO BECCA. ENGAGED. ENGAGED. #TheBachelor

Arie: "we're like the same person"
Lauren: "I was engaged once before this"
Arie: gets engaged to becca & calls it off for Lauren "me too" #TheBachelor

Lauren, who has been engaged twice previously and is 25, says she's "never felt a love like this — with Arie."

Arie seems to think being engaged to Becca is hurting his chances with Lauren. pic.twitter.com/rRcBRpoaAK