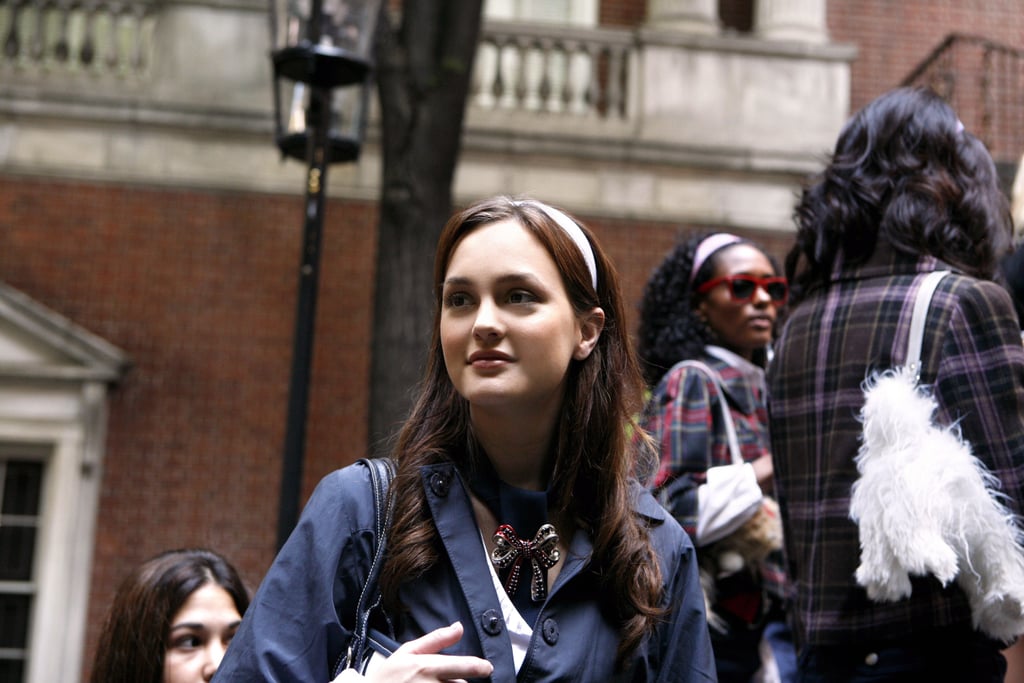 More than 11 years after the show premiered, Leighton Meester is looking back at her time on Gossip Girl. During a recent interview with Net-A-Porter's weekly digital magazine, the Single Parents actress reflected on playing Upper East Side queen bee Blair Waldorf. "It was a very special time . . . that was filled with challenges that have nothing to do with [Gossip Girl] and also sometimes things that did have something to do with it," she told the publication. "But I wouldn't trade it for anything. It's sort of a time capsule."

While Gossip Girl certainly holds a special place in Meester's heart, she has no interest in putting on Blair's signature headband again. "A lot of the questions that come from it are: 'Do you miss it?' 'Did you love what you wore?' And I understand that, but — and I say this with nothing but love — it is like saying, 'High school was an amazing time for you, do you wish you could go back?'" she said. "And the truth is, it was so special and such a unique, amazing experience, but no, I wouldn't wanna go back to it — I was a kid!"

Meester was only 21 when the show first premiered in 2007, and while the series thrust her into the spotlight, she admitted that there were also a few downsides. "I was young when I started Gossip Girl," she explained. "A lot more people were suddenly around and I was being looked at. If you don't have the right perspective, you could definitely be confused by people being that nice to you or judging you for behaviour that's typical of a 20-, 21-year-old, making mistakes but having to make them very publicly. I'm not haunted by that time, but it's been interesting and helpful for me to look at it and examine it as an adult and go, 'I don't know if it was the healthiest environment.'"

Even though Meester is officially done with the Upper East Side, her portrayal of Blair Waldorf will forever be iconic. See some of her best moments on the show ahead.

Related:
Do You Love Gossip Girl? Test Your Knowledge With This Quiz
Previous Next Start Slideshow
Celebrity InterviewsCelebrity QuotesGossip GirlLeighton MeesterTV
Around The Web