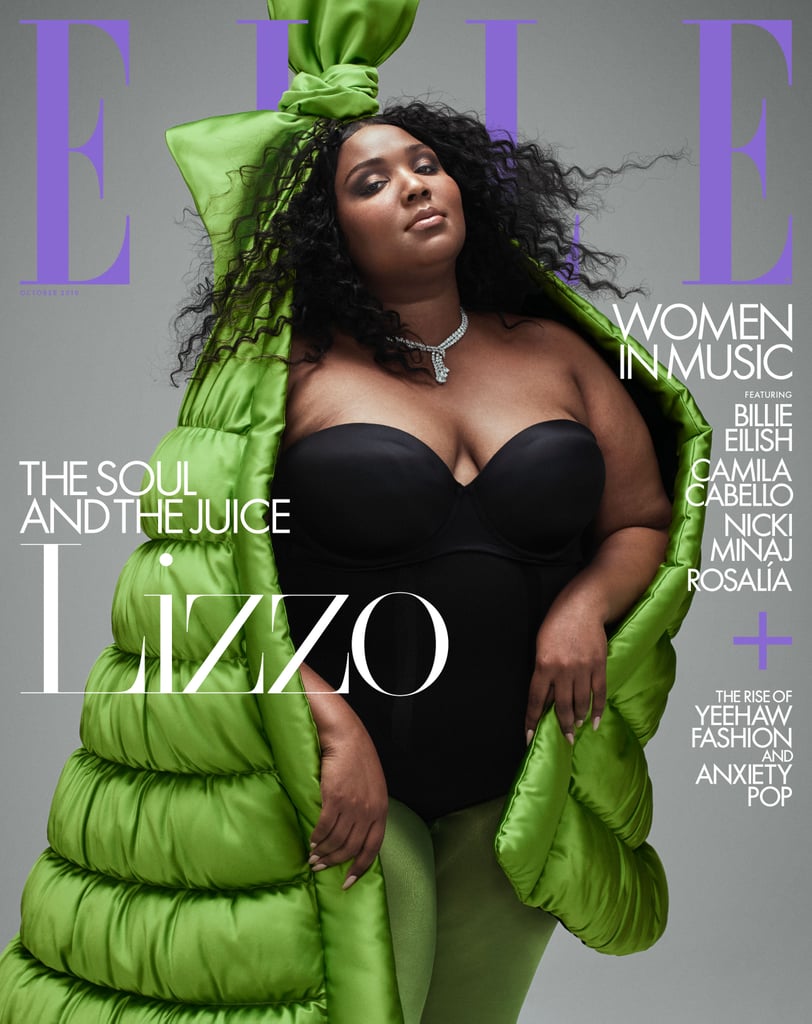 Lizzo Explains the Universal Appeal of Her Music: "My Songs Are Always the Silver Lining"

If there's anything we learned in 2019, it's Lizzo is taking over the music industry with some much-needed motivational bops. And in Elle magazine's October issue, the 31-year-old singer opens up about creating those empowering tunes by using her own experiences in life. By remaining true to what she knows and who she is, she's found her footing in the business with a growing bevy of dedicated fans.

Lizzo's fame has especially skyrocketed over the past year as she dominates award show performances, promotes body positivity, and delivers on hilarious social media content. And with a chart-topping No. 1 song — yes, "Truth Hurts" recently hit that milestone, two years after its initial release — it's clearly Lizzo's time to shine. Ahead, read some of her standout quotes from Elle's feature and gape at the stunning photos from her shoot!

TikTok
Lizzo Slid Into Chris Evans's DMs, and I'm Thoroughly Invested in Whatever Happens Next
by Karenna Meredith 5 days ago