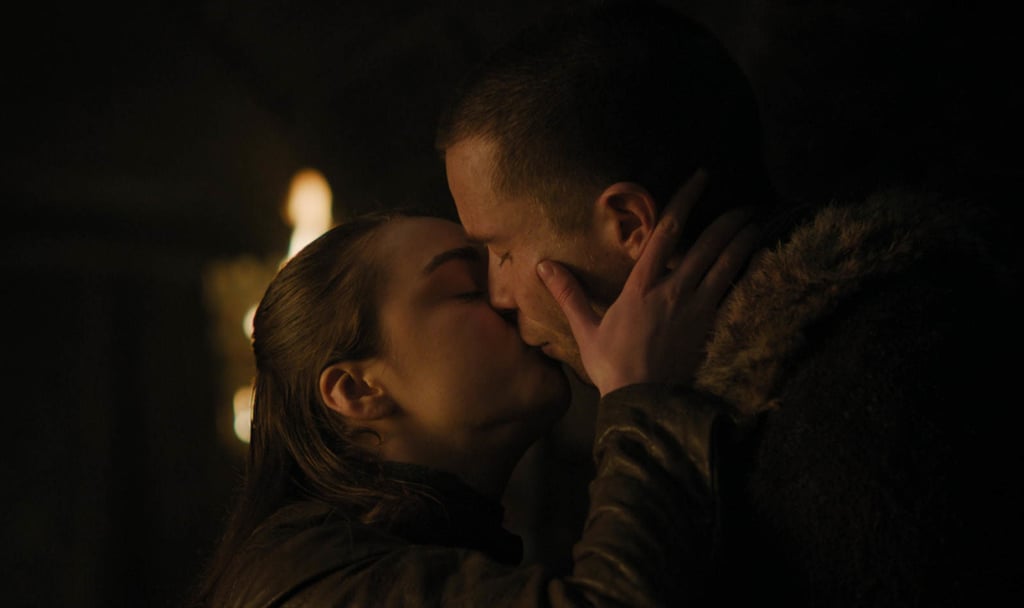 Oh yeah, that's right! Our girl Arya FINALLY got it on with Gendry on last Sunday's episode of Game of Thrones, and we've only been waiting literal years for this — no big deal.

Arya has grown up into one of the most badass women on the show and has come a long way from the little girl she used to be. She's bested The Hound, crossed off more than a few names on her kill list, and quite possibly become the most skilled sword-wielder in Westeros, so it was empowering to see her embrace her sexuality and get close to Gendry after so many years of crushing on each other.

Secondhand embarrassment from fans aside, Maisie Williams, 22, shut down Twitter commenters who still see her as a 12-year-old by sharing her intense firsthand embarrassment and, uh, yeah, she wins. "If u feel uncomfortable just know that my mother and my step dad and my 2 sisters and my 4 brothers have all probably watched this too ahahakillmeehehe," Williams tweeted Tuesday. We're guessing Williams said "probably" out of sheer hope that her family immediately averted their eyes when they realised what was happening and pretended to need to use the bathroom or get a snack at that exact moment. But who knows?

Let's just hope Arya and Gendry both live to tell the tale next week. See fans' Twitter reactions and Sophie Turner's hilarious response to her onscreen sister's big moment ahead.

Related:
The 14 Sexiest Gendry Moments That Would Make Any Game of Thrones Fan Pull an Arya
Previous Next Start Slideshow
Twitter ReactionsSophie TurnerMaisie WilliamsGame Of ThronesTV