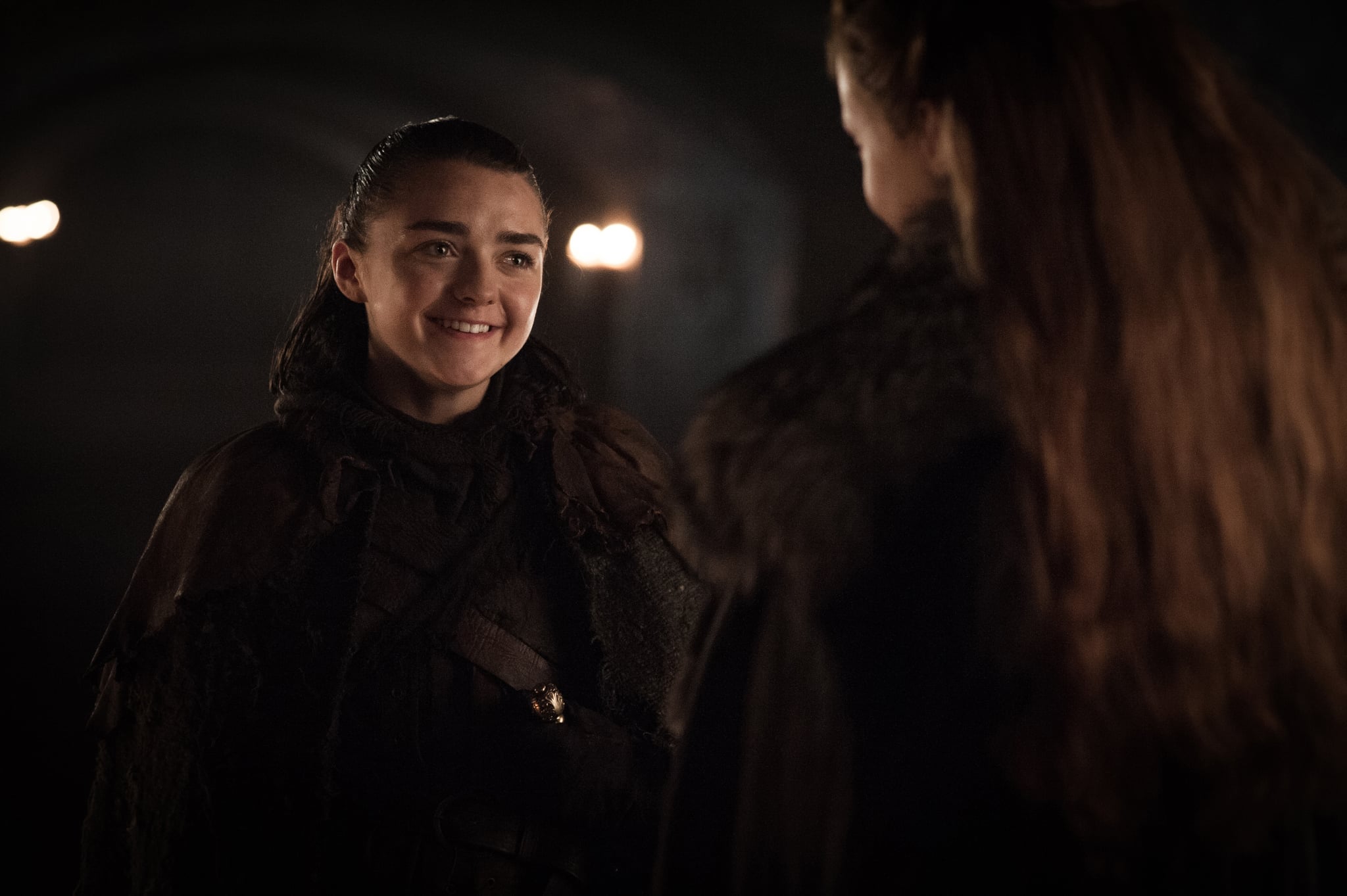 It's time to say goodbye to another beloved Game of Thrones character. After Emilia Clarke's emotional farewell to Daenerys Targaryen and Nathalie Emmanuel's touching tribute to the GOT cast, Maisie Williams shared her own departure post celebrating her character Arya Stark. The 21-year-old actress, who worked on the show for seven years, posted a picture to her Instagram on July 7 with a caption that could leave fans with more questions than answers.

"Goodbye Belfast. Goodbye Arya. Goodbye Game of Thrones. What a joy I've had. Here's to the adventures to come #lastwomanstanding #barely #immasleepforthenextfouryears #justkiddingidontsleep"

So . . . what exactly do those hashtags mean? Could Williams's tender goodbye also be a nod to Arya's ultimate survival? Season eight hints already have viewers speculating over Daenerys's fate, and if Williams's hashtags can be taken at face value, it appears she may outlast her other female costars. Of course, no one will know for certain until the final season premieres. Can 2019 please come quicker?