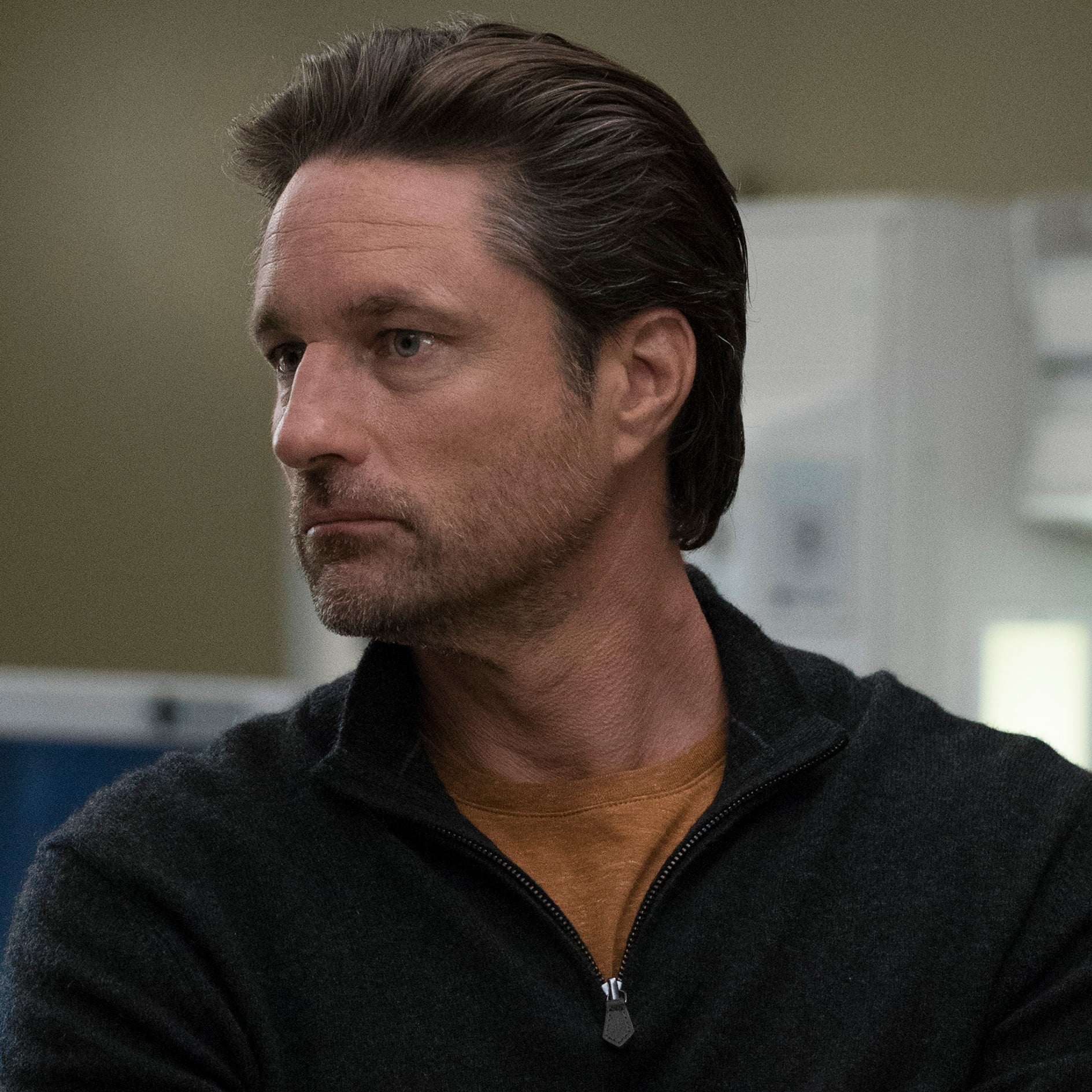 It's only been a handful of days since we first learned a game-changing piece of news about Grey's Anatomy: Sarah Drew and Jessica Capshaw are leaving. Suffice it to say, the reason it's been so hard to grasp the news is that it literally came out of nowhere. Even the statements from the actresses made it seem like the news came as a surprise to them, too. We couldn't help but puzzle over why Capshaw is leaving and why Drew is on the outs, as well.

As the days have gone on, we've gotten even more insight into the situation, but all of the information is subtle at best and requires quite a bit of filling in the blanks. Take, for instance, Capshaw's subtle Twitter shade, in which she seems to very lightly suggest that there are plenty of ways to continue Arizona's story without writing her off the show. And speaking of subtle shade, there's also this interesting recent interview with Grey's alum Martin Henderson.

Related:
19 Grey's Anatomy Moments That Prove Arizona Is a Ray of Damn Sunshine

While promoting his new film Strangers 2: Prey at Night, Henderson shared his own reaction to the news that Drew and Capshaw were set to leave the show. "I don't think anybody [saw it coming]," he said. He then called attention to the fact that April and Arizona are "such long-standing, well-loved" characters, saying, "This year particularly was a year that Shonda [Rhimes] was consciously shaking things up in terms of setting a new tone of the show, and really looking toward the future, and I think that was evident in bringing on [new showrunner] Krista Vernoff."

While these quotes don't ring any alarm bells, Henderson did shed some light on the whole "creative" aspect of this decision. Vernoff, after all, said the writers had to follow the creative path of the show and that path did not include April and Arizona. Ellen Pompeo said the same thing, in so many words, in her recent interview with Ellen DeGeneres.

"I don't know if you've noticed, but certainly we did with this season: there was a bit of a change in tone and a shift — bringing in a bunch of young interns and all that — and I think there was a sense of just wanting to revamp the show," Henderson said. "They remain committed to keeping the show as relevant as possible, and so obviously they're just making some really big changes to try to make sure the show lasts for as many years as possible."

Related:
Grey's Anatomy Might Have Hinted at April's Death and I Am STRESSED

In this context, the decision almost seems less creative and more like a business move. They just want the show to stay "fresh," so they're eliminating some long-standing characters. And it's his last quote that adds the most colour to this particular aspect of the story. When Henderson left, he said, there wasn't really much fanfare surrounding his departure. "Grey's is a machine," he said. "That thing just rolls on." And roll on it does. We may not be able to do anything about these heartbreaking exits, but at least we can hope April and Arizona get the goodbyes they deserve.