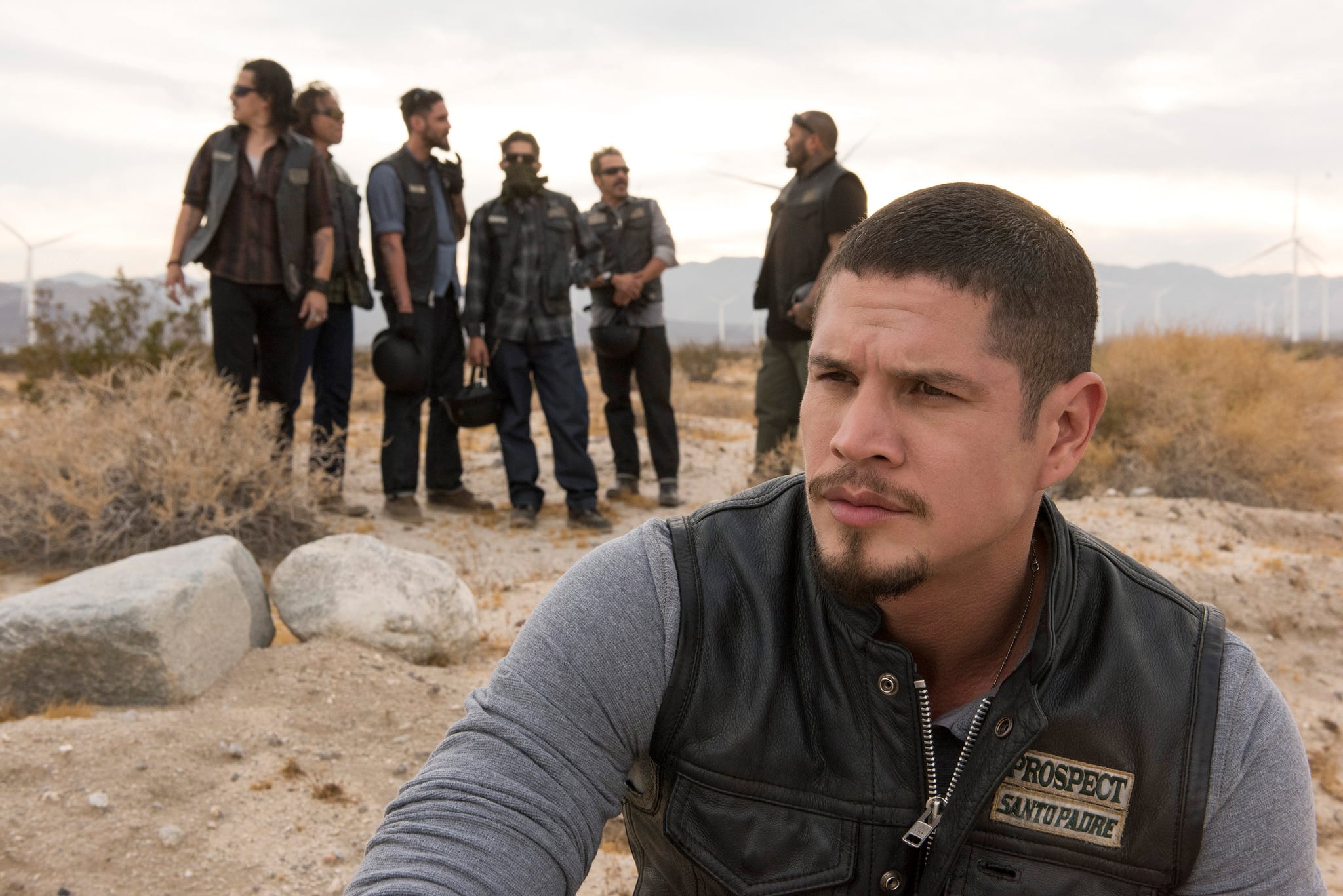 Four episodes into its first season, FX announced it's renewing Mayans MC for a second season. "Mayans MC is performing fantastically, proving to be a breakout first season," said Nick Grad, president of original programming at FX Networks and FX Productions on Monday. "The series premiered as the highest rated cable series this year and continues to sustain a committed fan base. We couldn't be more excited to take this ride to a second season."

A spinoff of Sons of Anarchy, the series is set in the aftermath of SOA and follows Ezekiel "EZ" Reyes (JD Pardo), a prospect in the Mayan MC charter on the California-Mexico border. The show stars some very familiar faces and features exciting SOA cameos (though not the one you're probably hoping for). Now that we know we'll be getting another season in 2019, we can enjoy the rest of season one!