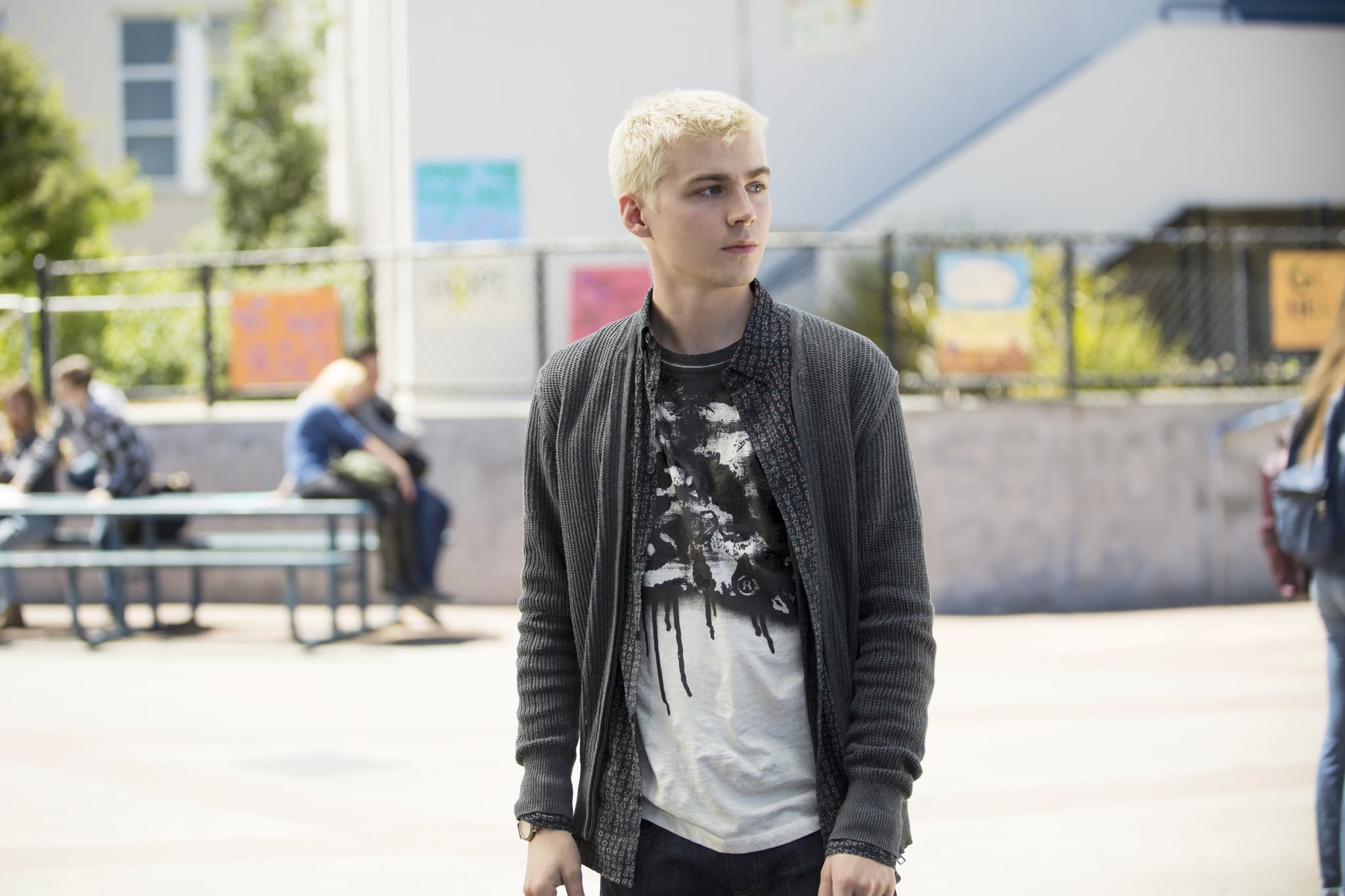 Season two of 13 Reasons Why premieres this month, and we can barely contain our excitement. After season one concluded with a few cliffhangers and Netflix released its second season trailer this week, our confusion is at an all-time high.

One of the biggest questions we need answered is whether Miles Heizer, who played Alex Standall in season one, will be returning. In case you need a little refresher, something big happens to his character at the end of last season, and it has everyone worried for his future.

In addition to learning that Clay Jensen (Dylan Minnette) has given the tapes to Mr. Porter in hopes that he will get justice for Jessica (Alisha Boe) and Hannah (Katherine Langford) — at least in regard to Bryce (Justin Prentice) — Alex has a big finale twist. In the last few minutes of that intense season finale, we learn that Alex is brought to the hospital for a self-inflicted gunshot wound to the head.

The bad news is that Alex isn't in the new season trailer that Netflix unveiled earlier this week. The good news is that he is still on Mrs. Baker's (Kate Walsh) mystery board, which is one of many signs that he's not dead. In fact, according to the actor who plays him, he is for sure alive in season two, but that doesn't mean he's OK.

Related:
A Closer Look at Every Ominous Polaroid in the 13 Reasons Why Trailer

After the shocking finale, Heizer spoke with The Hollywood Reporter and revealed that if fans were paying attention, they would've seen the obvious signs that Alex was dealing with suicidal tendencies. Plus, he did shoot himself; it wasn't Tyler, as some fans theorized based on his possible school shooting plan.

"It was interesting to see similarities between Alex and Hannah, because there are a lot of warning signs throughout the season," Heizer told The Hollywood Reporter back in May 2017. He then explained that there is more of his character's story to be told in season two.

"That's another subject that's very rarely shown onscreen and is probably a lot more common than people think it is. People attempting to take their lives and it not happening, I'm sure that will bring a crazy set of issues," he continued. "It would be interesting to go into that."

Showrunner Brian Yorkey told Entertainment Weekly last year that the plan was to fill fans in on what happened after all those cliffhangers, which included Alex's attempted suicide. "We're going to answer all of the burning questions that people have about [the show]," he said at the time. "Is Tyler going to do something? What's going to happen to Alex? Will Bryce be brought to justice? We're going to answer those questions but I think, even more, we're going to continue to look very truthfully and very honestly at what they go through, even when it's painful at times."

The Parenthood alum talked to Us Weekly earlier this year about the sophomore season of the Netflix hit, and it's clear that his character's story is not over. "I think [the taboo topics] are kind of in the same amount as the first season. We're just talking about real issues that people don't talk about that much, but I feel like are actually talking about more, especially right now in our culture," Heizer told the magazine in March 2018. "I think this season's gonna be very relevant. I'm excited for it to come out and for people to see what's going on."

Not only will Alex's story keep unfolding, but fans will also meet his mother, played by Meredith Monroe, this season. That will definitely be a new twist and turn for the series, which has adults but is mainly focussed on how the high schoolers have dealt with Hannah's suicide.

13 Reasons Why returns for its second season on May 18 on Netflix.