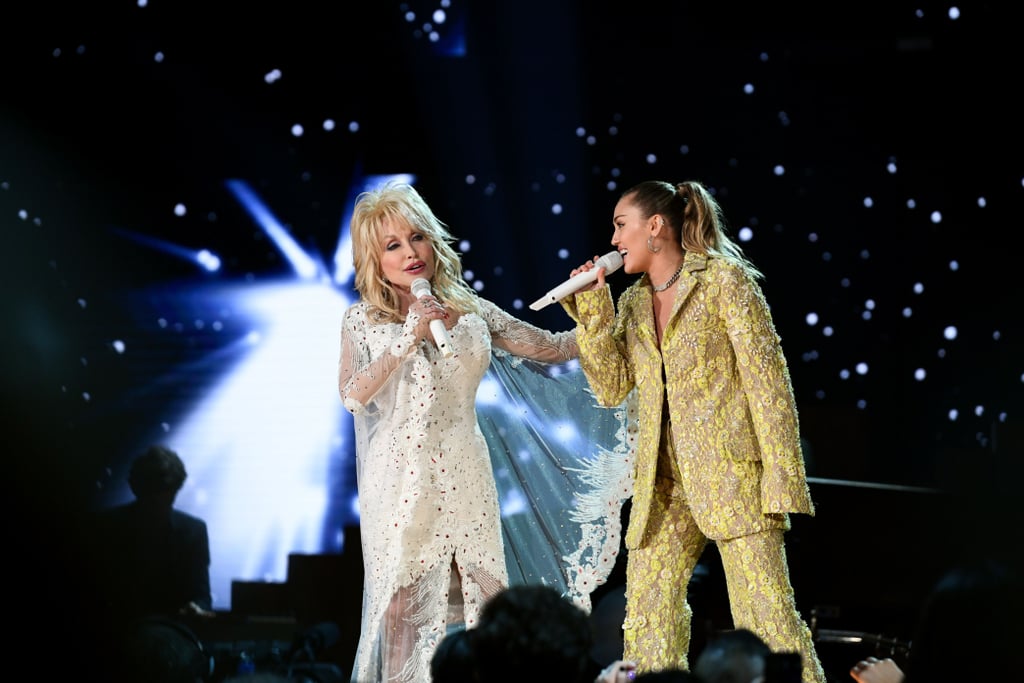 One of the highlights of Sunday night's Grammy Awards was undoubtedly the star-studded tribute to music legend Dolly Parton. Katy Perry, Kacey Musgraves, Maren Morris, and Little Big Town all participated in a medley of Parton's biggest hits, before being joined by the icon herself. Miley Cyrus also joined the tribute performance, which was extra special for her: Parton is not just her fellow singer, but also her godmother!

Cyrus and Parton duetted on "Jolene," Parton's 1973 hit song. Their duet was far from the first time Cyrus has covered her godmother's song, though — over the years, it's become an established part of her set list, and Parton has even joined her on more than one occasion! You can check out some of Cyrus's amazing performances of "Jolene" over the years below.