Miley Cyrus put all the "heartbreaking" details in place for her first acoustic performance of "Nothing Breaks Like a Heart" on Dec. 7. The 26-year-old singer joined producer Mark Ronson in London on Friday to promote the "Jolene"-esque track, which included a stop at the aptly named Club Heartbreak. There, Cyrus and Ronson, decked out in their own heartbreak gear, gave fans a stripped-down version of the bop.

The musical duo left their equipment behind for the acoustic set. Instead, Ronson picked up a guitar while Cyrus took command with her powerhouse vocals. The audience came alive as she dove into the song, proving that whether she's belting it out in a trippy music video or a London club, Cyrus is constantly mesmerising. 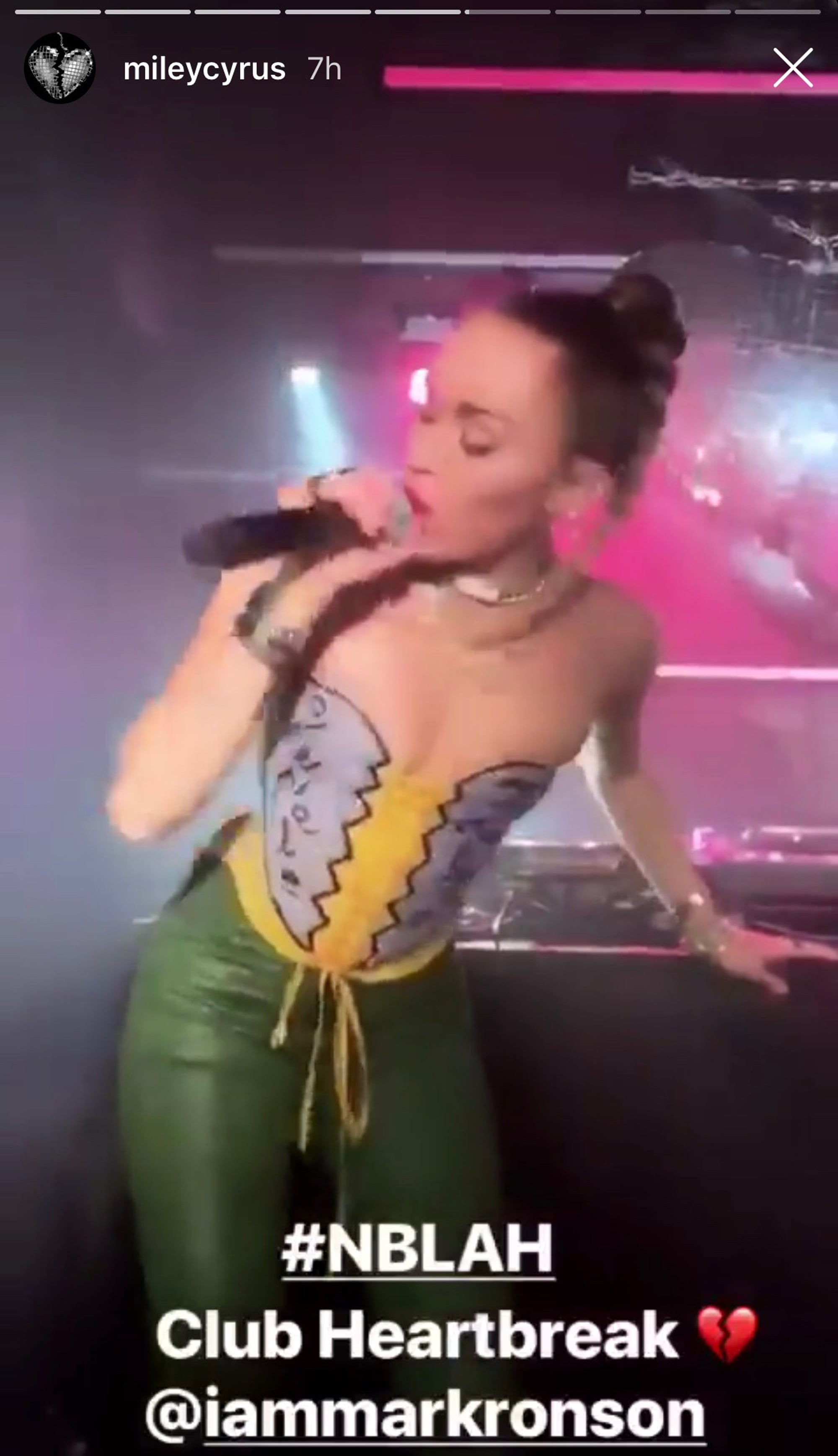