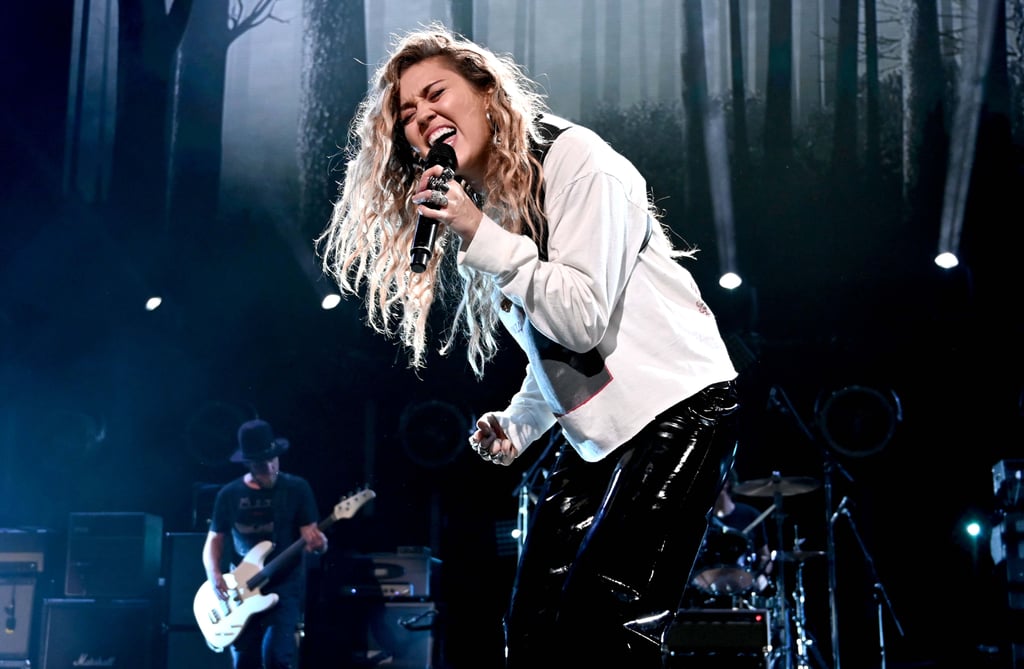 Another day, another Miley Cyrus performance that proves just how talented she truly is. The 26-year-old newlywed took the stage at a tribute concert honouring Chris Cornell, the late Soundgarden frontman who died by suicide in 2017. Cyrus chose to cover "Say Hello 2 Heaven" by Temple of the Dog, a rock band founded by Cornell, and boy, did she nail it.

While sharing a video of her soulful performance on Instagram, she captioned her post: "Say Hello to Heaven... had a heavenly experience with you tonight, Chris. We felt you and heard you.... your words and spirit filled the room.... there was an overwhelming feeling of so much love... we miss you deeply ... tonight was an honour." Read on to watch a few clips of Cyrus's powerful rendition, followed by photos from her onstage performance.

Related:
The Acoustic Version of Miley Cyrus' "Nothing Breaks Like a Heart" Is So, So Gorgeous
Previous Next Start Slideshow
RIPChris CornellMusic CoversMusicMiley Cyrus

Events
Finally Ready to Make Some 2022 Plans? Here's a List to Get You Started
by Navi Ahluwalia 2 days ago

Celebrity Twitter
Taylor Swift Fires Back at Blur's Damon Albarn: "I Write ALL of My Own Songs"
by Princess Gabbara 3 days ago

Shenseea
Megan Thee Stallion and Shenseea Have One Request: “Lick”
by Naledi Ushe 6 days ago