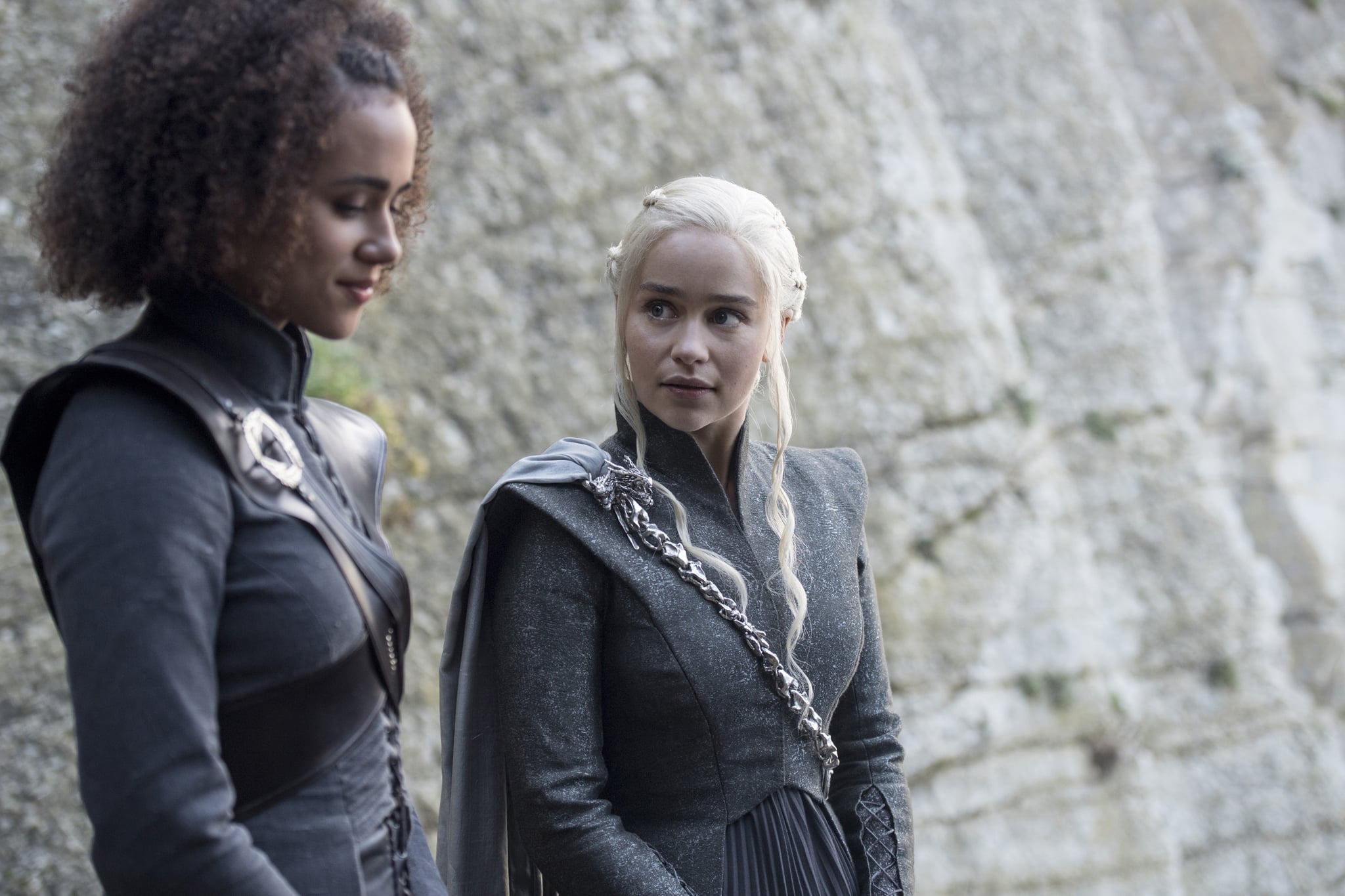 We're only two episodes into the final season of Game of Thrones, and with so much at stake, we all still have plenty of questions about what could possibly happen after the epic Battle of Winterfell in Sunday night's upcoming episode. Everyone has developed their own theories at this point about everything from which characters will meet their end before the season's over to who will end up on the Iron Throne. But, perhaps, one of the most interesting theories of them all involves a character who has slightly faded into the background lately: Missandei.

Over the last five seasons, Missandei has gone from being a slave interpreter in Astapor, where she meets Daenerys Targaryen, to now acting as our beloved khaleesi's right-hand woman, all thanks to her intellect and knowledge of 19 languages. But according to a fan theory, there are holes in Missandei's past that might spell (even more) trouble for Daenerys, as some believe she's actually a Faceless Man. Remember, the Faceless Men are a group of assassins who we learn a bit more about in seasons five and six when Arya travels to Braavos and trains under Jaqen H'ghar. Not only are they incredibly skilled at what they do, but they also frequently identify themselves as "no one" and are able to kill their targets by wearing the faces of other people to change their appearance.

With that in mind, a few fans on social media are claiming there's evidence suggesting Missandei could potentially be posing as another person to get close to Daenerys and ultimately foil her plans to become queen. "Missandei told Davos where she was from when they met and Davos told her his travels took him there all the time and she didn't have an accent like someone from there," one user wrote on Twitter. "Missandei can't be trusted." Because where she comes from is still considered a mystery to many, some fans have concluded that Missandei is essentially an impostor who'll eventually kill Daenerys.

My homeboy has a theory that Missandei is a Faceless Man and she’s there to kill Dany.

She actually DOES love Greyworm, but once he dies next episode… she’s going to kill Dany. https://t.co/PuIQf4SHxB

Despite the small amount of evidence provided, Missandei being a Faceless Man seems pretty unlikely, considering we've never seen her kill anyone on the show or be anything but supportive of Daenerys since becoming her adviser in season three. She's also in a relationship with Grey Worm, which probably wouldn't have happened if she were an assassin trying to complete a mission this important.

Still, you never actually know what you're in for with Game of Thrones, and we won't write off this scenario just yet — at least not until we finally get to see who survives the battle in next week's episode.