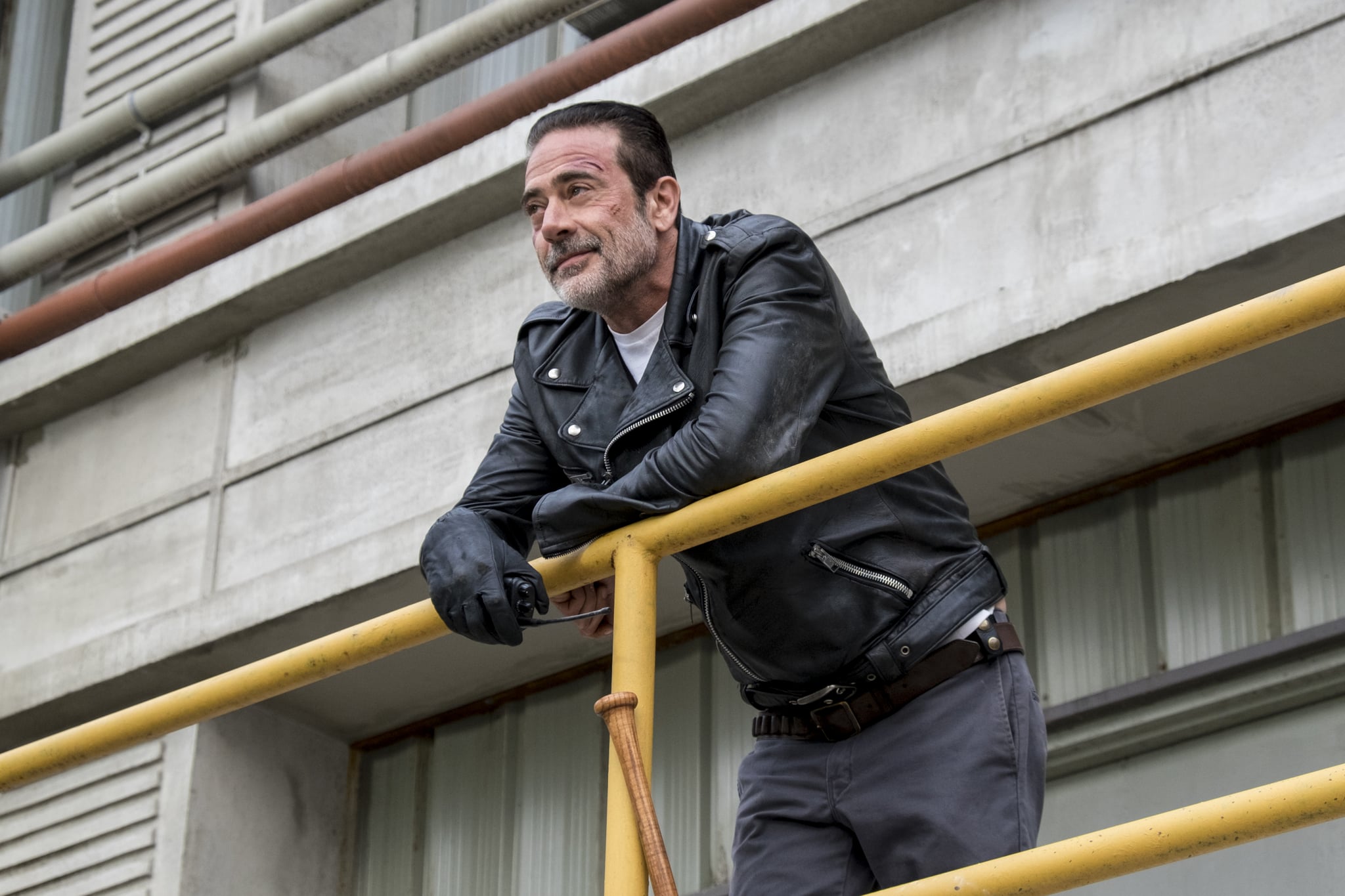 As The Walking Dead barrels toward the final battle between the Alexandrians and the Saviors, the question on many people's minds is if Negan, played on the show by Jeffrey Dean Morgan, will follow the path of the comics or die in the finale of season eight.

Showrunner Scott M. Gimple recently spoke with The Hollywood Reporter about the character and the structure of the episode, saying "the surprise and the revelations that happen in the finale have all been well earned. It's a fantastic slow burn. The challenges that the battle between Negan and Rick have brought out in both men have been absolutely fantastic. The way the lines have been blurred between who is right and who is wrong has been spectacular storytelling. It all pays off in this final episode."

So with that in mind, let's discuss five reasons it makes sense for Negan to remain alive for another season.

After half a season of foul-mouth grandstanding, Negan shows a softer side when attempting to negotiate Alexandria's fate with Carl as de facto leader in episode eight, "How It's Gotta Be." The younger Grimes offers his life in exchange for his people's safety, and you can see the leather-clad bully almost tear up with pride at Carl's bravery. His ability to adapt his strengths to suit his opponent and his ability to empathize with people's beliefs will help Negan survive the final battle of the season.

2. We've Seen a Vision of the Future

As Carl succumbs to the grips of death, he describes his vision of the future to his father — one in which his sister Judith can grow up peacefully . . . with Negan. A brief dream sequence in "honour," episode nine, shows Judith standing beside Negan who is kneeling in the garden of a refurbished Alexandria. Obviously, Negan's integration into the narrative wouldn't be quite so idyllic, but the fact that Rick's son made a point of sharing this vision of the future, while the man in question stood on the streets above them firebombing houses, is probably an indication the creators plan to keep the character around for a little longer.

3. Jadis and the Helicopter

In the fourteenth episode of the season, "Still Gotta Mean Something," Jadis and Negan have a meeting of the minds regarding Simon's slaughter of the Heapsters. The audience is initially set up to think that Jadis plans to kill him, but her true focus becomes evident — a helicopter ride. Negan witnesses the phenomenon, and you had better believe writers wouldn't have put him in that scene, if he didn't play a significant role in figuring out the mystery behind it.

"Worth," the episode leading into the finale, closes with Negan accepting a call from Michonne over walkie-talkies. By this point in the episode, he's had to kill Simon for insubordination and make an example of Dwight for aligning with the Hilltop. It's the first time we see the burdens of leadership bearing down on him, and he almost refuses to talk until he hears that Michonne has a letter from Carl. Yet, despite his respect for the younger Grimes, the pleas for peace push Negan to give his grimmest speech to date: "Winning isn't about beating you. Winning is about killing every last one of you. That is starting over. I never wanted this. Rick made this happened. You tell him that. No more talk."

Then he crushes the handheld device under his boot. It's the last line of the episode, and it makes clear that someone will die. We just don't think it will be Negan. His brutal totalitarian worldview is a bizarre-land version of Rick's collaborative leadership and could have been the route Rick took back in the third, fourth, or fifth season. Having Negan around to help Rick understand when he's gone too far may provide an interesting dynamic to the show.

In the comics, Rick spares Negan's life because he wants him to live and see the new world they build without him, so he puts the notorious villain in a jail cell in his basement. While this verbatim scenario may prove too elementary for live action television, we do know that Alexandria — or rather, what's left of it — has a basement jail cell that could act as a future home for Negan.