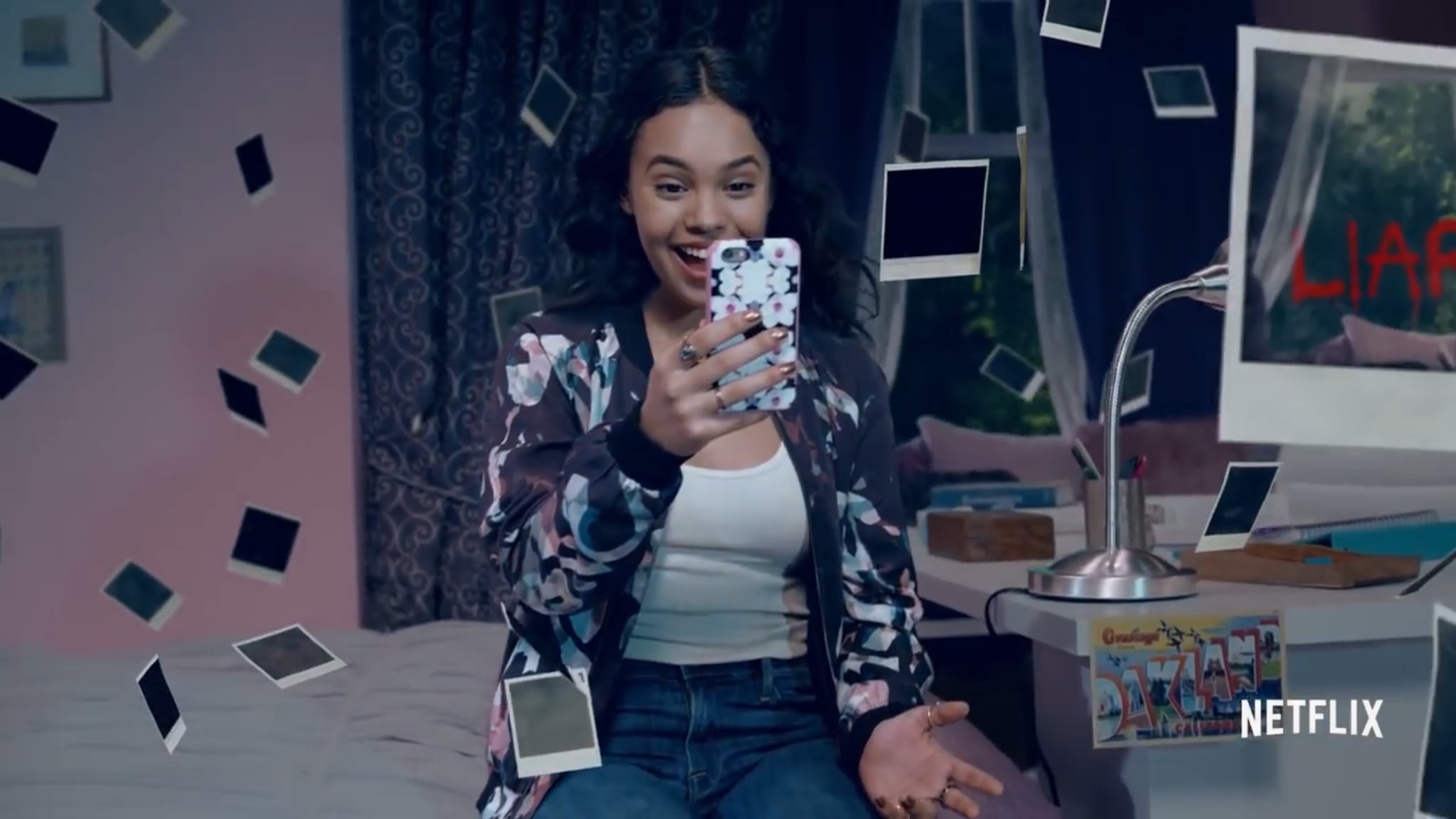 It would be an understatement to say Netflix's 13 Reasons Why was controversial when it first aired in March of 2017. With each episode in season one, we are shown another gut-wrenching situation that leads to Hannah Baker's eventual suicide. Each one of these reasons corresponds to a person in her life — all deeply flawed and damaged in their own ways. Reason number two is Jessica Davis, and just like her tape number, she shows up in the second scene in the trailer.

During the snippet of Jessica in the trailer for season two, a postcard taped to her desk immediately caught our eyes. (As well as some threatening handwritten notes flying around.) "Greetings from Oakland" it says, but who is in Oakland?

We all know Jessica's dad is in the Air Force, and there is an Air Force base in San Francisco. Travis AFB is only about a 60-minute drive to Oakland. Perhaps this is where her family lived while they were stationed there — it is fairly common for military families to decide to live off base.

There's also the possibility that the postcard comes from a friend, maybe her one-time best friend Amy? There are several new faces joining the cast in season two, including four new students: Chloe, Cyrus, Mackenzie, and Nina. There's a chance that one of them knows Jessica from a previous life, and now they're moving to attend Liberty High. Then again, the show is filmed roughly an hour from Oakland, so it's actually not THAT far.

The trailer has left us with more questions than answers and also leaves us anxious to know how "the tapes were just the beginning." Season Two of Netflix's 13 Reasons Why will be back May 18.