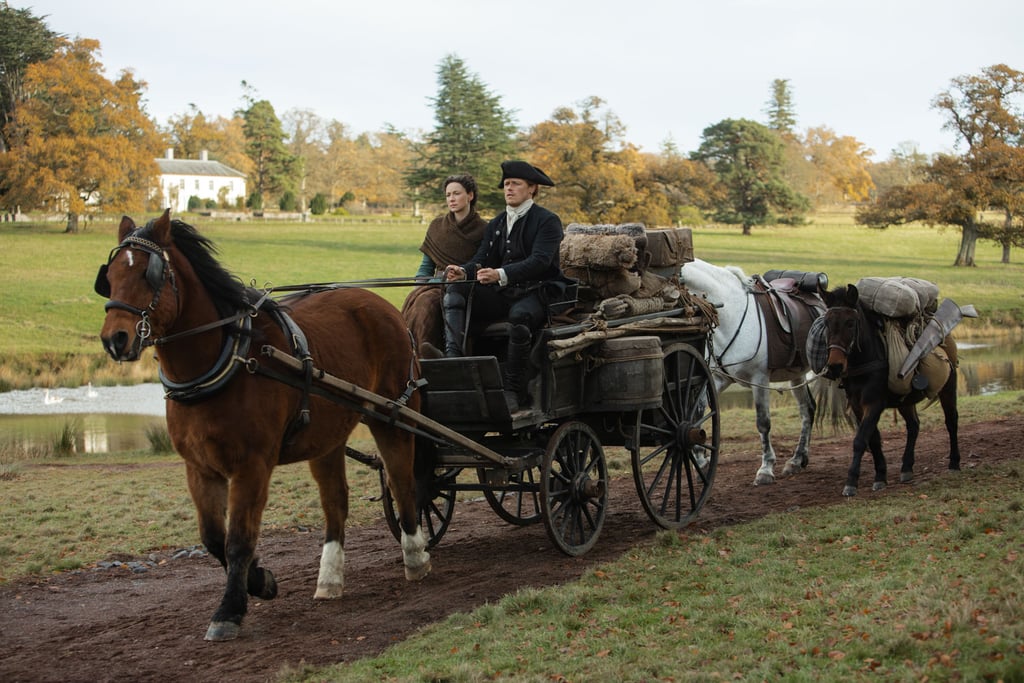 When Outlander returns for a fourth season — and a fifth and sixth, for that matter — I have to admit I'll be a little sad we're no longer going to see Claire (Caitriona Balfe) and Jamie (Sam Heughan) romping around the Scottish Highlands or pulling off feats of espionage in Paris while dressed in French couture. That being said, the brief glimpses we've gotten of their new life in America certainly seem promising.

Starz's time-travelling historical romance is set to return later this year and will presumably follow the story in Diana Gabaldon's fourth book, Drums of Autumn. The new episodes will see everyone's favourite reunited couple making a new life in North Carolina (because Jamie's aunt, Jocasta, lives there), and their story will take a number of exciting new twists and turns. First and foremost is the introduction of a wily new villain, Stephen Bonnet. When they're not dealing with him, however, we'll get to see our favourite couple relishing in their domesticity, as well as taking on Native American ghosts and bear fights. Pretty standard problems for them.

What might be most exciting is the big meeting between Jamie and his daughter, Bree. That's right — she'll travel from Boston to the stones so she can go back in time and reunite with her parents. It looks like she completes the big trip, judging from the photos ahead (notice her old-timey sleeve!), so take a look.

Related:
10 Shows to Watch If You Love Outlander
Previous Next Start Slideshow
OutlanderTV