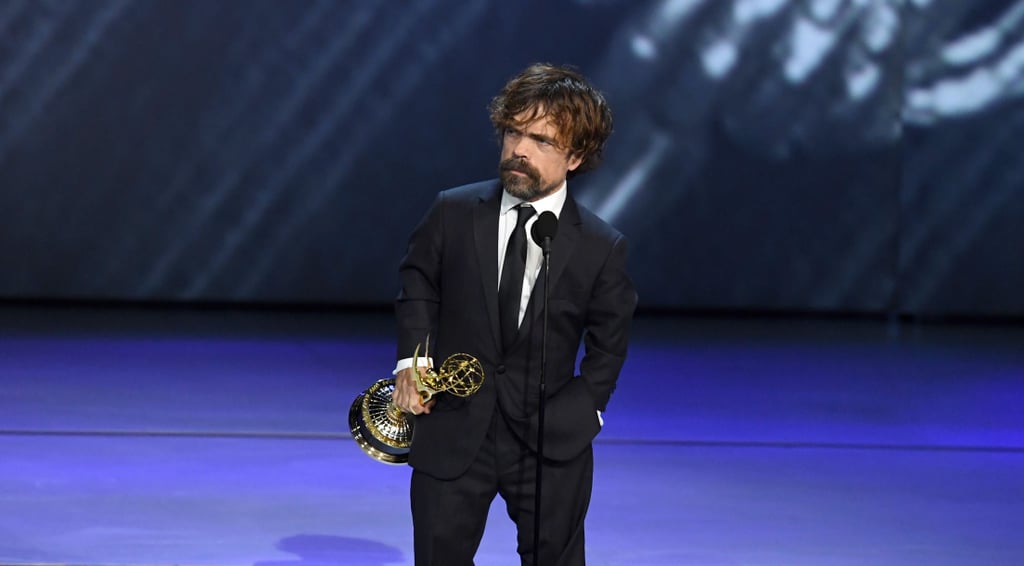 Peter Dinklage has received eight Emmy nominations over the years for his role as Tyrion Lannister on Game of Thrones, and he's definitely deserved each one. During Monday night's Emmy Awards, the actor won the outstanding supporting actor in a drama series award for the third time, edging out David Harbor (Stranger Things), Mandy Patinkin (Homeland), Matt Smith (The Crown), Joseph Fiennes (The Handmaid's Tale), and his costar, Nikolaj Coster-Waldau.

In addition to thanking wife Erica Schmidt for "putting up with" him, Dinklage shouted out his onscreen brother Coster-Waldu. "I love you and I share this with you because you're an amazing, handsome brother." If only Tyrion and Jaime could be so affectionate! Check out his whole speech below.